Most Promising Actors Of The Month – September 2014 Edition

Vote now for who you think should be the Most Promising Actor Of The Month for September 2014! If you feel that you or someone you know deserves to be a featured as one of the Most Promising Actors Of The Month then let our talent coordinator know by emailing lex@starcentralmag.com and we’ll get back to you as soon as we can! Please keep it in mind that any person who leaves negative, unpleasant and unnecessarily rude or derogative comments will be removed and banned from this site permanently. This is not a page where you can post your rants – we will ONLY approve comments that are constructive to the nominees. Let’s just keep this voting poll fair and fun! 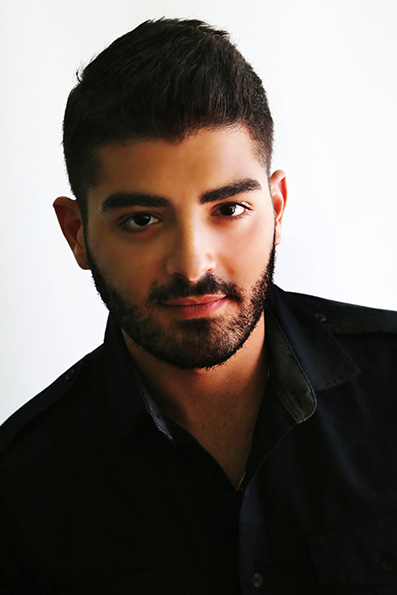 Sega St Georges hails from a Lebanese background. He moved to study Communication Arts in Beirut when he was 20 and he majored in Directing/Writing. When he finished his studies he wanted to strengthen his acting ability so he traveled to Los Angeles where he took part in a workshop which took him to both Stella Adler and Sanford Meisner centre where he was given monologue training. That’s when he realized he had a passion for acting so when he returned to Australia he immediately got involved with SA casting where he did another short course which led him to playing a role in Russel Crowe’s “Water Diviner” and “Emu Plains/The Jim Loach Movie” which was directed by Jim Loach. Since then he has also acted in a short movie called “Beneath the Shellings” for an Australian Lebanese director Wayne Nassredine – he played the leading Arabic-Speaking role and the film talks about the wars happening in the Middle East. Since then he was called back to Beirut to take a leading role in the Middle East’s first major horror movie called “Maskoun” meaning the haunted. The movie was shot in both English & Arabic and is set for International release in 2015. 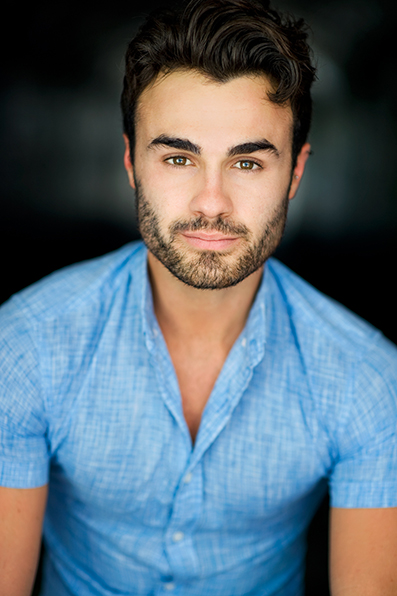 Ross Chisari graduated from the Western Australian Academy of Performing Arts in 2013 with a BA in Music Theatre. He has been involved in New Musicals Australia’s workshop of The Good Fight – by David King & James Millar as well as the most recent workshop of the new Australian Musical Centenary by Steve Vizard & Paul Gabrowsky. Mildura born and bred, he professionally made his Sydney debut at the start of this year performing in “The Drowsy Chaperone” at the Hayes Theatre and then playing the lead role of ‘Tom’ in the premiere production of “Truth, Beauty and a Picture of You” which was also at the Hayes. He is now heading to Melbourne to start rehearsals on the Melbourne Premiere production of “Carrie – the musical” at the Chapel off Chapel which is due to open on September 25. 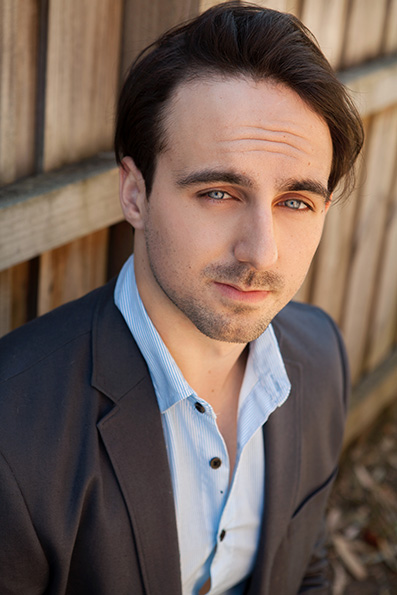 Eddy grew up travelling the world with parents who moved constantly for work. He lived in France, England, America, and Australia never really settling down until he returned to Australia in 2005. he first discovered drama when his parents enrolled him in Stagecoach theatre school in the UK and since then he has been working hard and dedicating time to his training, studying first at UNSW and then at NIDA. In terms of his professional work, he had to grind his way up to where he is now starting with extras work, but he luckily made friends in higher places and landed some roles on popular TV shows. To date he has had roles on “Puberty Blues (Season 2)”, “Underbelly Badness”, and “The Great Gatsby”. He also has his first full feature film coming out this year called “No.46” which is heading to a couple of Australian horror festivals. Dean started his acting career at the age of 5, performing at events and drama classes. He continued all the way through his early teens being involved with the Australian Acting Academy and Gold Coast Little Theatre’s Youth program. Coming back to acting in his early 20’s after taking a hiatus playing music and travelling, he has been full throttle ever since. Acting in some 30 odd short films, 10 plus plays (winning Best Actor for his dual role playing twin brothers in the play CORPSE!), to doing voice overs, corporate videos and then getting the lead role in a indie feature film ‘Status Quo’, all within the last 4 years shows his commitment, dedication and love for acting. He has been involved in front and behind the camera with many different roles to writing and filming his own short series called “Dynamic Pizza” and now writing a feature film. He constantly does classes, reads books and keeps up with the acting industry to consistently raise the quality of his work. Acting is thoroughly flowing through his blood.

Vote for who you think should be the “Most Promising Actor Of The Month” in the poll below! The winner will appear in our website and will be featured in our magazine. The poll closes on the 30th of September, 2014 at 1am AEST (Sydney, Australia time) and you are eligible to vote only once per day (after you’ve voted, 24 hours must pass after the time you voted, for you to be able to see the voting form and vote again the next day). Please note that voting is also restricted to just ONE vote per IP address. Vote NOW and make your voice heard! 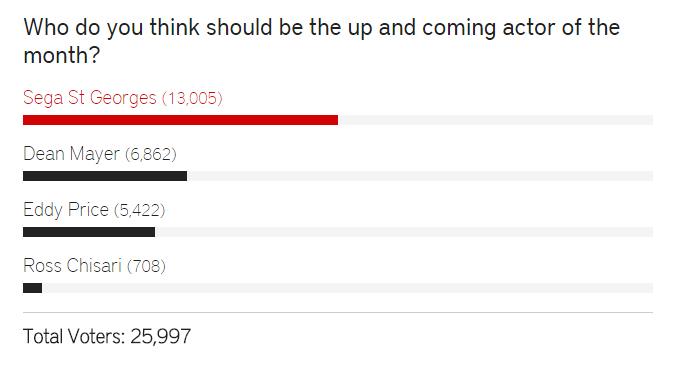