Most Promising Actors Of The Month – August 2015 Edition

Vote now for who you think should be the Most Promising Actor Of The Month for August 2015! If you feel that you or someone you know deserves to be a featured as one of the Most Promising Actors Of The Month then let our talent coordinator know by emailing lex@starcentralmag.com and we’ll get back to you as soon as we can! Please keep it in mind that any person who leaves negative, unpleasant and unnecessarily rude or derogative comments will be removed and banned from this site permanently. This is not a page where you can post your rants – we will ONLY approve comments that are constructive to the nominees. Let’s just keep this voting poll fair and fun! 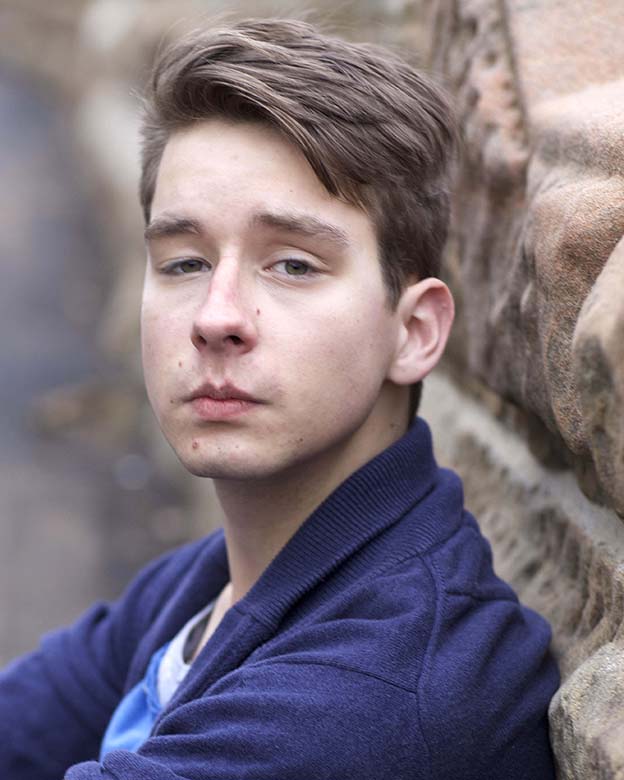 Tom Burt is a Psychology student at Macquarie University and he has trained with Howard Fine who’s the tutor to Will Smith, Jared Leto, Bradley Cooper as well as Marian Street Theatre for Young People and the Australian Theatre for Young People and even the Arts Unit NSW. He recently appeared in Punk Rock which was playing at the King Street Theatre and he has a long list of theatrical projects coming up in 2015. He just recently wrapped up Spring Awakening which was directed by NIDA’s Sam Haft. He was featured on the website AussieTheatre a moment ago for his role in Punk Rock, wherein Michael Pigott of Sport for Jove described him as ‘surprisingly brilliant’. He has had the privilege of working across theatre, film and screen over the last few years, with a supporting role in Eddie Arya’s latest feature The System and another feature, A Recurrence which is in the works for November. 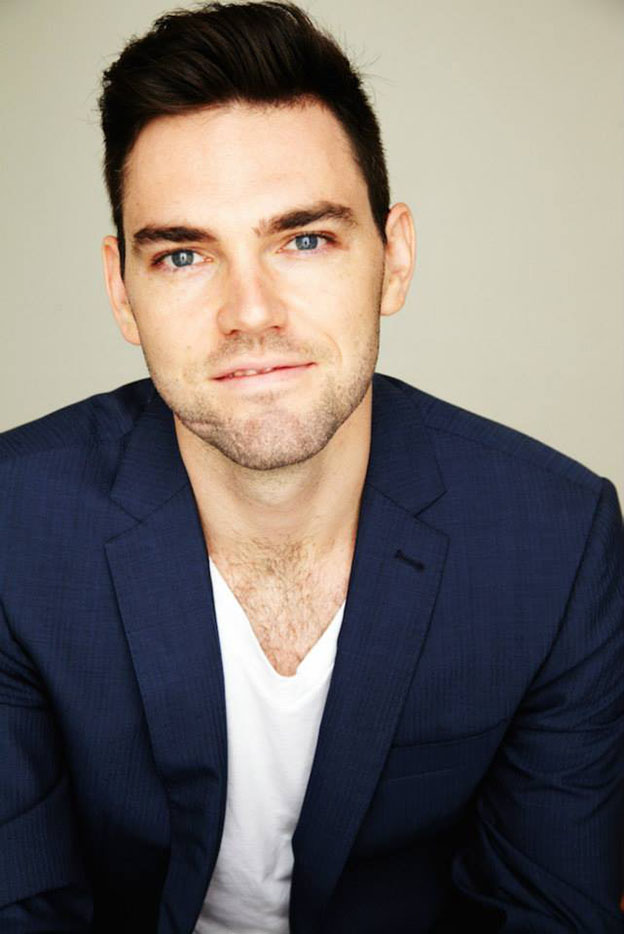 Mitchell graduated Acting at South Bank Institute of Technology QLD, and performed in theatre and film for companies such as Griffith Conservatorium, Brisbane Arts Theatre, Bond University, New York Film Academy and Respect Cat Productions. After a stint in Brisbane, he decided to make the move to Sydney where he’s kept up training at the Sydney Screen Acting Group and has worked on several independent shorts,  AFTRS films, and TV series such as Deadly Women and Haunting: Australia. Most recently he had the pleasure to work on the music video “Of No Return” by upcoming metal band Dumbsaint. His career highlights so far includes playing the lead role of James in the 2015 feature film “Wish For Tomorrow” (inspired by the acclaimed US Documentary “Bridgegroom”) which was selected this year in the top 10 films to watch in the Kashish Mumbai International Film Festival. The film has given him the chance to travel around Australia promote a project with such a strong message that he’s passionate about. 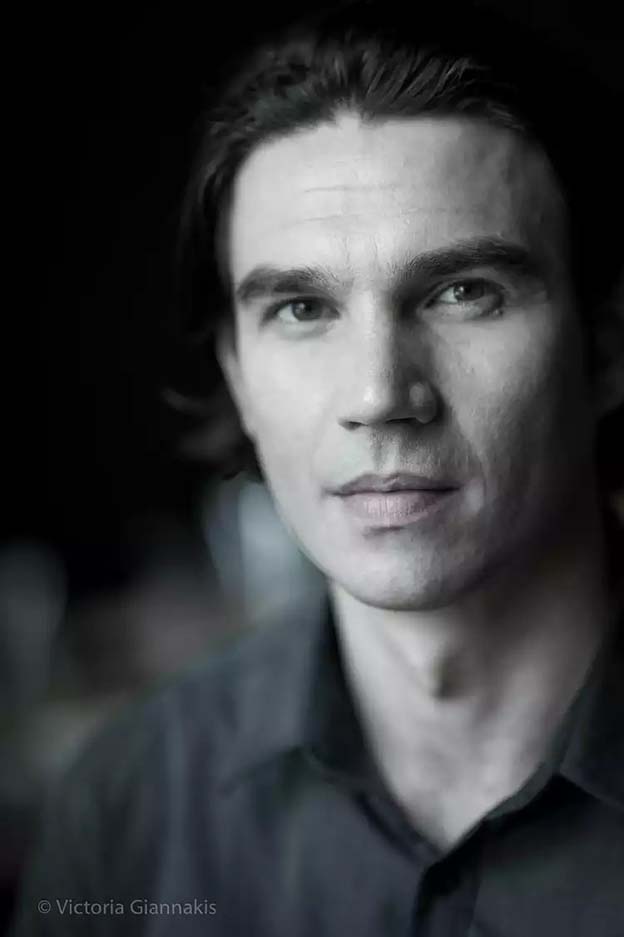 Aaron actually cut his teeth on the boards of community and co-op theatre gaining critical acclaim and awards for his performances before landing his first role in a feature film. He has trained in both Australia and the US in various methods including the Chekov Technique. Recent feature film roles include Mathew George’s in-PC comedy Roommates (2016), starring alongside John Rhys-Davies and Tasma Walton in Tim Boyle’s sci-fi/action film The Half Dead (2016), Rolf de Heer’s The King Is Dead (2012) Don Featherstone’s Kokoda (ABC TV, 2010). Aaron has also appeared in a number of national and international TV advertising campaigns. His recent short films include Laurence Rosier Staines’ dark comedy sci-fi 4D (2015), Catherine Kelleher’s Big Bad World (2015) and James Barry’s Russian period drama The Living Spy (2015), Old Friends (2013) & After (2012). Aaron has worked alongside some great Australian and international actors and film makers including Robert Carlyle, John Rhys Davies, Tasma Walton, Steve Bastoni, Peter Phelps and Rolf de Heer. 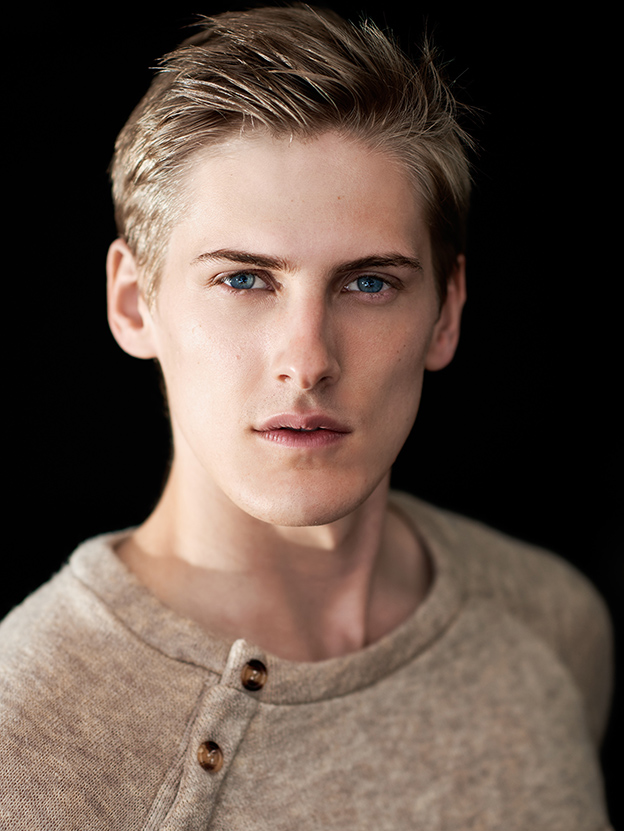 Up and coming actor ‘Lewis Edwards’ has recently been cast as ‘Tyson’ in a new Australian Feature Film called ‘Mondo Yakuza’ which is currently being shot in Melbourne. He played ‘Sammy’ for Harvest Rains musical production of ‘Blood Brother’. Lewis has also worked on Channel Ten’s ‘Elephant Princess’, Fox8’s ‘Slide’ and ABC’s ‘Sisters Of War’. He has trained with Film &TV Studio International, 16th Street acting studio and musical theatre with BAMT. He would one day love to work with his ‘hero’ Hugh Jackman. In his spare time Lewis constantly sings , listens to the music of Hans Zimmer, enjoy learning about the universe, philosophy , psychology and practices Latin dancing, Crossfit and Wing Chun .

Vote for who you think should be the “Most Promising Actor Of The Month” in the poll below! The winner will appear in our website and will be featured in our magazine. The poll closes on the 28th of August, 2015 at 12am AEST (Sydney, Australia time) and you are eligible to vote only once per day (after you’ve voted, 24 hours must pass after the time you voted, for you to be able to see the voting form and vote again the next day). Please note that voting is also restricted to just ONE vote per IP address. Vote NOW and make your voice heard! 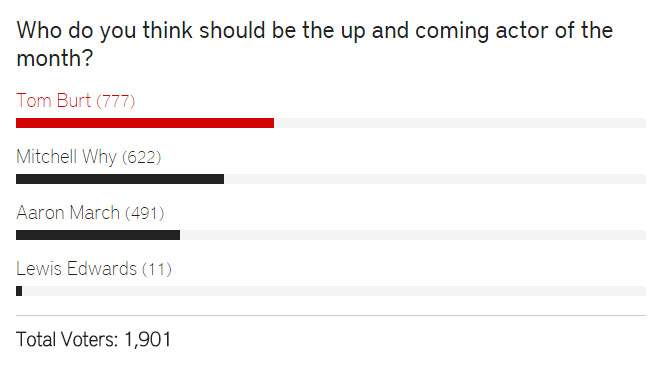