Most Promising Actors Of The Month – September 2015 Edition

Vote now for who you think should be the Most Promising Actor Of The Month for September 2015! If you feel that you or someone you know deserves to be a featured as one of the Most Promising Actors Of The Month then let our talent coordinator know by emailing lex@starcentralmag.com and we’ll get back to you as soon as we can! Please keep it in mind that any person who leaves negative, unpleasant and unnecessarily rude or derogative comments will be removed and banned from this site permanently. This is not a page where you can post your rants – we will ONLY approve comments that are constructive to the nominees. Let’s just keep this voting poll fair and fun! 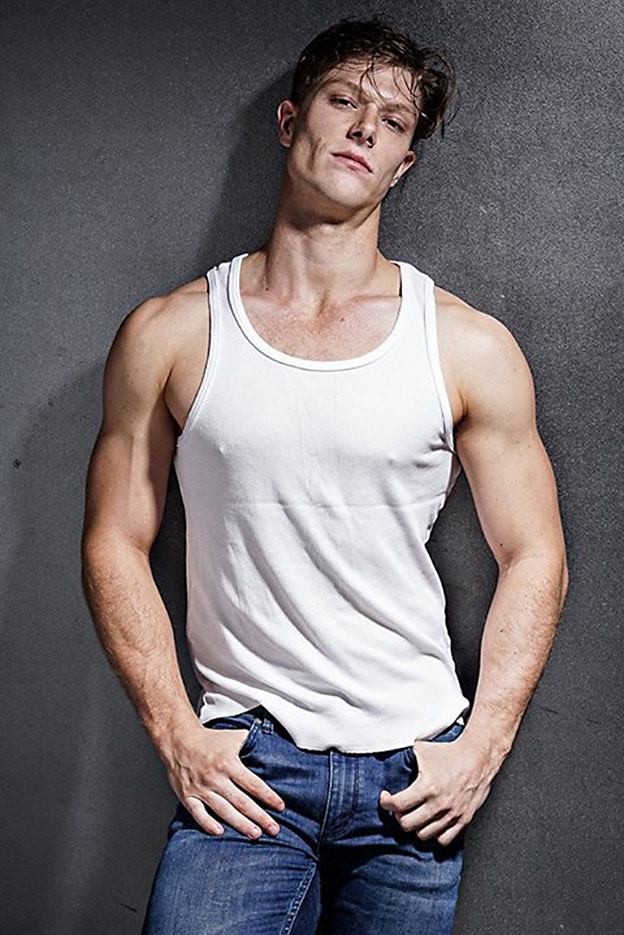 Jack is a professional actor and model with training and experience in a variety of roles. His main passion is screen acting and Hhe is currently represented by an agency that deals with modelling, acting, promotions, events, runways and anything to do with the entertainment industry. So far he has appeared in a number of short films such as ‘Poison Apple’, ‘Sullivan’ and ‘Chasing Bec’ as well as feature films such as ‘Silent City’,’Broken Contact’,’Pulse’ and ‘Mountains May Depart’. Jack is also represented by CSA Models. 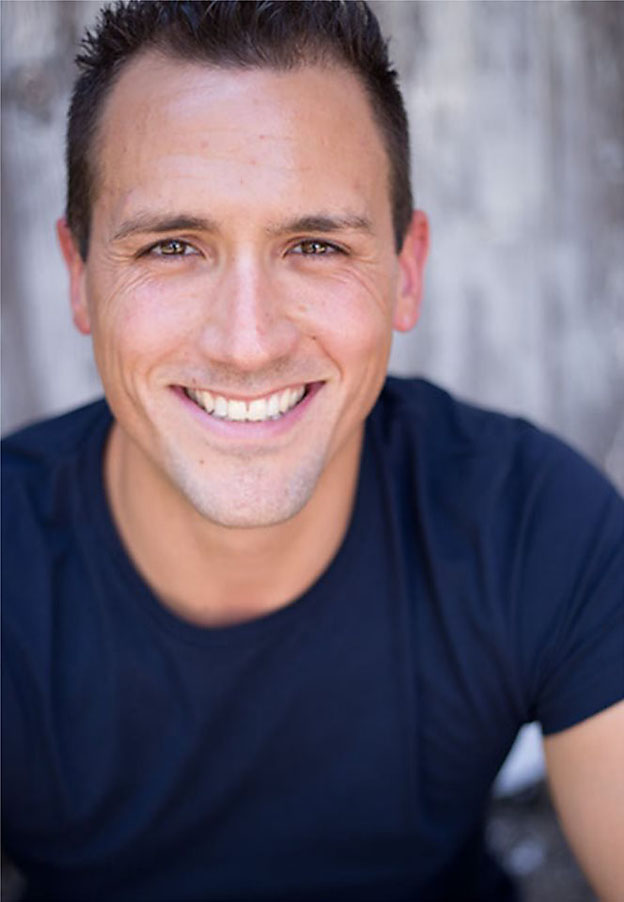 Nadim is a Sydney based actor, model and singer who is trained in both Theatre and Screen acting. He has attended multiple acting schools, such as NIDA (National Institution of Dramatic Arts), ACTT (Actors College of Theatre and Television) and AIPA (Australian Institute of Performing Arts) . This is where he has honed his skills to land himself a place in the Professional Actors Masterclass 2015 in Los Angeles (run by AIPA) where he managed to audition for over 25 of the most renowned casting directors in Hollywood. He is making his mark in the industry through various short films where he has worked closely with IFSS and SFS students as well as short films for independent film makers for various competitions. Some films include “When You Fall” by Ashley J Mellross which was screened at the Byron Bay 2014 Film Festival and “Veld” Which won Best Cinematography and Best Student Film at the Made In The West Film Festival 2014. He is also currently acting in 2 Tropfest short films at the moment whilst continuing his study at AIPA. 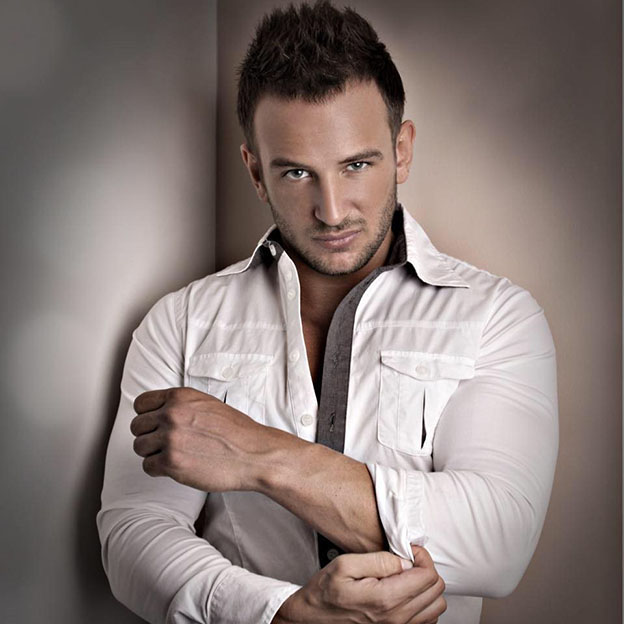 George Papura is definitely one of Australia’s most up and coming actors. He first got a taste of acting when he was a model and decided it would be fun and as an extra in a short film. Since then, he was curious about acting and did more extra work. It was not long after until George discovered a passion in acting and enrolled in regular acting classes. Now, George has had lead roles in an extensive amount of short films such as ‘Cal’, ‘Sef’, ‘Justin’, ‘Nick’, ‘My Life As’ and ‘Good looking guy’ and TVC’s for Woolworths, Telstra and Castrol and he is doing his first feature film at the end of 2015. 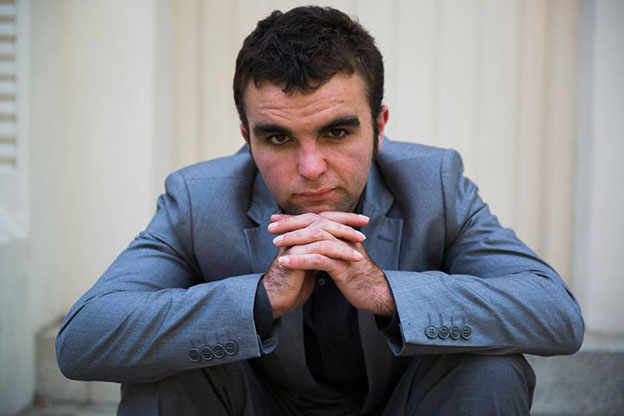 Darcy is one of Australia’s best upcoming personalities gaining the performing bug from a young age and was featured singing the Opening Solo in his first local production of Wind In The Willows at just the tender age of 10 years old. Since then he has had roles in a number of independent films. In 2015 Darcy can be seen making his Acting /Directing Writing Debut in Twisted Ballroom which is a satire based on Baz Luhrmann”s hit Strictly Ballroom which is currently playing on Channel 31 in Melbourne. When he is not acting, Darcy hosts for SYN FM on Breakfast Show Get Cereal and has previously interviewed Global Stars from Maria Menounos, to Rove McManus, to RJ Mitre, to Breaking Bad’s Ryan Potter, to Pixar’s Big Hero 6 and many others. Darcy would like to thank his family and friends and his manager for all the opportunities thus Far.

Vote for who you think should be the “Most Promising Actor Of The Month” in the poll below! The winner will appear in our website and will be featured in our magazine. The poll closes on the 30th of September, 2015 at 12am AEST (Sydney, Australia time) and you are eligible to vote only once per day (after you’ve voted, 24 hours must pass after the time you voted, for you to be able to see the voting form and vote again the next day). Please note that voting is also restricted to just ONE vote per IP address. Vote NOW and make your voice heard! 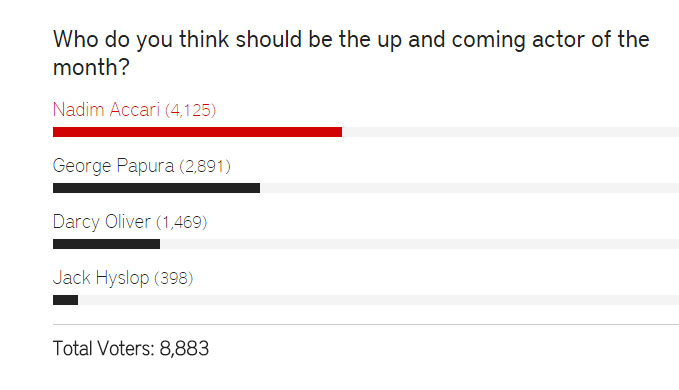