Most Promising Actors Of The Month – April 2018 Edition

Vote now for who you think should be the Most Promising Actor Of The Month for April 2018! If you feel that you or someone you know deserves to be a featured as one of the Most Promising Actors Of The Month then let our talent coordinator know by emailing lex@starcentralmag.com and we’ll get back to you as soon as we can! Please keep it in mind that any person who leaves negative, unpleasant and unnecessarily rude or derogatory comments will be removed and banned from this site permanently. This is not a page where you can post your rants – we will ONLY approve comments that are constructive to the nominees. Let’s just keep this voting poll fair and fun!

Ayrton Burridge made his first appearance on MTV’s reality tv show ‘Are you the one: Second chances,’ appearing as a Judge in a challenge set for the contestants. Ayrton knew from a young age he always wanted to do acting. At the age of 8, he went to Helen O Grady Drama Academy where he studied drama. In July 2015, he was approached and offered an opportunity to be in a Darrell Lea chocolates commercial. It was then; he decided to pursue his dream career in Film and Acting. In 2016, Ayrton started doing extra work and occasionally small speaking roles. He worked as an independent freelance artist for three years, before finding himself an agent with Bold Artist Management, where he is now a represented artist. Early in his career as a freelance artist, he did a lot of networking, getting himself small feature roles in local independent productions. His first two feature film appearances were only small roles. Playing a ‘Refugee’ at a Detention Centre in The Australian post-apocalyptic, zombie flick, ‘The Last Hope’ (Pandora Productions & Monster Pictures) and a ‘Backpacker’ in the Australian Psychological-Horror film, “Living Space” (Tru Dot Films & Monster Pictures). In 2016 Ayrton met Bollywood Director, Vinny Pal. Vinny offered Ayrton a role in his feature film ‘Love in Melbourne’ which Ayrton accepted. Giving him exposure to a different audience, Ayrton continued working in Bollywood, featuring in music videos for Bollywood Artists ‘Jassi Gill’ and ‘Akhil.’ Before receiving his second Bollywood feature film role as a ‘Caravan thief’ in the Bollywood feature film ‘Parindey’. Other reality tv appearances he’s made, include an Australian comedy panel show, ‘Behave Yourself’ which had a concept that studied human behavior, in which he made a bid to eat Dog food and would receive a cash prize if he completed the task successfully, which he did. Later on, commenting, “It’s not even the worse thing I’ve tried.” In 2017, Ayrton met Jackie Gillies (The Real Housewives of Melbourne), and after an audition, she hired him to work on her Shine it Up tour. In 2018, Ayrton plans to pursue versatile roles in Television productions and leading roles in feature films. 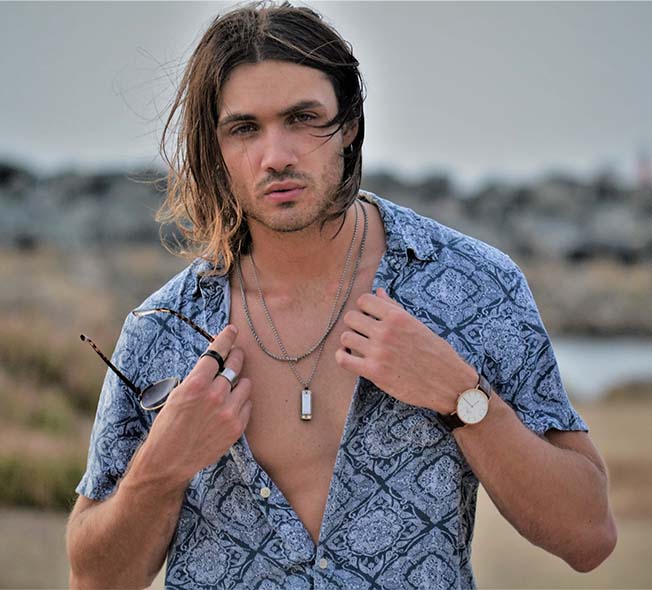 Kyle’s first exposure in the acting industry was playing an extra from a horror movie mid last year. Since then he has been featured in four different music videos. Playing the racecar driver boyfriend of the popular Sydney music artist Jack River in her popular track ‘Fault Lines’ and shortly after playing the boyfriend role for Luke O’dell in his song ‘I want to be yours.’ Following the success of Jack Rivers Fault Lines music video, he was asked to feature as an angel in her next music video ‘Ballroom.’ Following ballroom, a WAAPA music teacher saw the music videos and contacted him requesting him to feature as the main role in the new music video ‘Simple life’ by Scarlet’s Way.Later on, the director of the first short Youtube series he was in got in contact with him to audition for a leading role in his upcoming feature horror film called TEN: The Sacrifice. A feature film set to be premiered at Hoyts Canningvale later this year. He got the part, performing as one of the lead roles in the movie. Currently, he is training for stage combat for an upcoming short film and has many audition dates forthcoming. While he is very busy with acting and modeling in Perth, Western Australia and loving it, he is fast preparing in hopes of moving to bigger cities with greater opportunity. 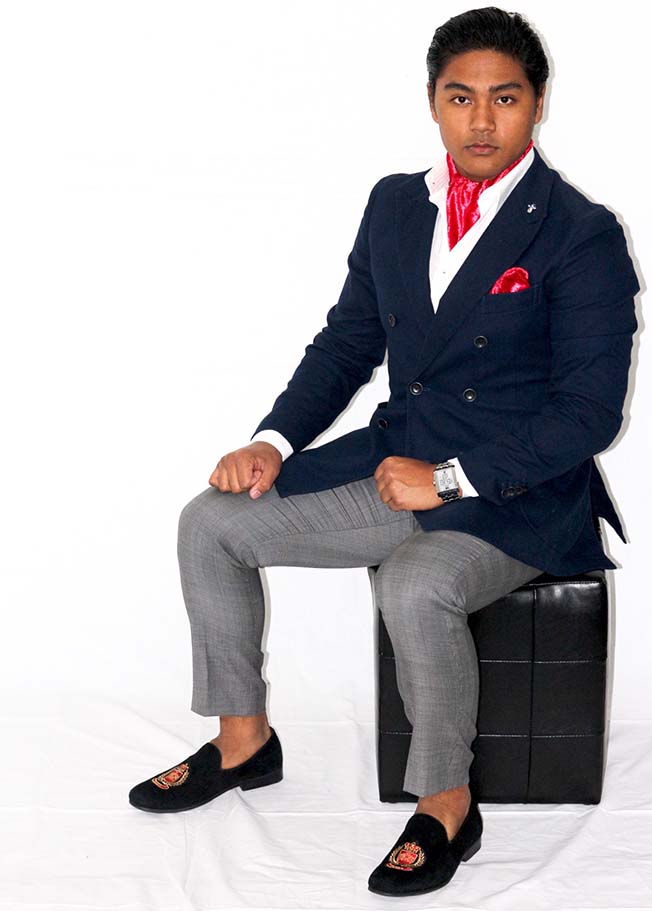 Haile Zabala began acting at the age of 16. However finding no luck at open auditions for many castings without any real experience to present in a cv, he began researching how to network and get a start in acting. Haile would stay back at school after hours to enhance and harness his self-taught acting with the school drama teacher. In April 2017 under the direction of actor agent Paul of MCTV, Haile was able to attain a proper headshot and now be able to access ‘casting networks,’ ‘StarNow’ and Facebook casting groups. Through MCTV talent management, Haile received his first acting experience as an extra in NIKE run Australia advertisement (2017). Following on, Haile auditioned for and was cast in short film ‘NERFED’ as a Jehovah’s witness, directed by Lachlan Campbell (May 2017). Haile gained more confidence in his acting skill through these first castings and auditioned for more short films, web series castings, plays, corporate videos and even musicals. Haile was cast into short films; ‘I’m gonna crumb’ as a bully victim (spoken role), directed Tahlia Ta’avao (June, 2017), Award-winning and suicide prevention short film ‘I’m here too’ for featured role, directed by Brendan Byrne (June 2017), and as a classroom extra in ‘KRONAN’ directed by Jakob Karlsson (2017). Haile was also cast in Theatrical plays; ‘The exiles’ as Archie Rowan directed by Mitch Rist (July 2017) and ‘An evening of Lovecraft’ as Daemon, directed by Robert Gray (August 2017). Haile has been in Dreamgirls the musical as “the tru-tones” directed by Rod Herbert (September 2017) and currently looks forward to playing ‘Razoul’ in Aladdin Junior the musical, directed by Sarah Shanahan (May 2018). Haile features in Web series ‘After Nightfall’ directed by Wayne Tunks (November 2017), and has a speaking role as Ed in “Artificial Restoration’ directed by Alex Moore, and also featured in Salvation Army corporate video directed by Mark Ferris (December 2017). Haile continues to work hard with his acting and auditions; he is very dedicated to his work, always shows great professionalism and respect on set and backstage and is always flexible to chase castings and roles. As a Sydney, Australia born actor, Haile strives to travel to America to further pursue his acting dream.

Vote for who you think should be the “Most Promising Actor of the Month” in the poll below! The winner will appear on our website and will be featured in our magazine. The poll closes on the 30th of April, 2018 at 12 am AEST (Sydney, Australia time) and you are eligible to vote only once per day (after you’ve voted, 24 hours must pass after the time you voted, for you to be able to see the voting form and vote again the next day). Please note that voting is also restricted to just ONE vote per IP address. Vote NOW and make your voice heard! 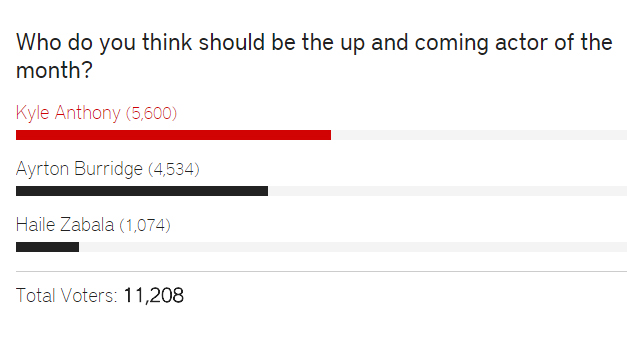 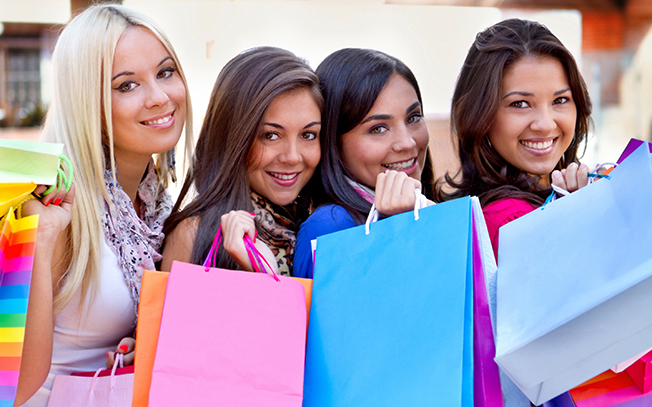