Actor Spotlight: One On One With Sissy Star Emily De Margheriti 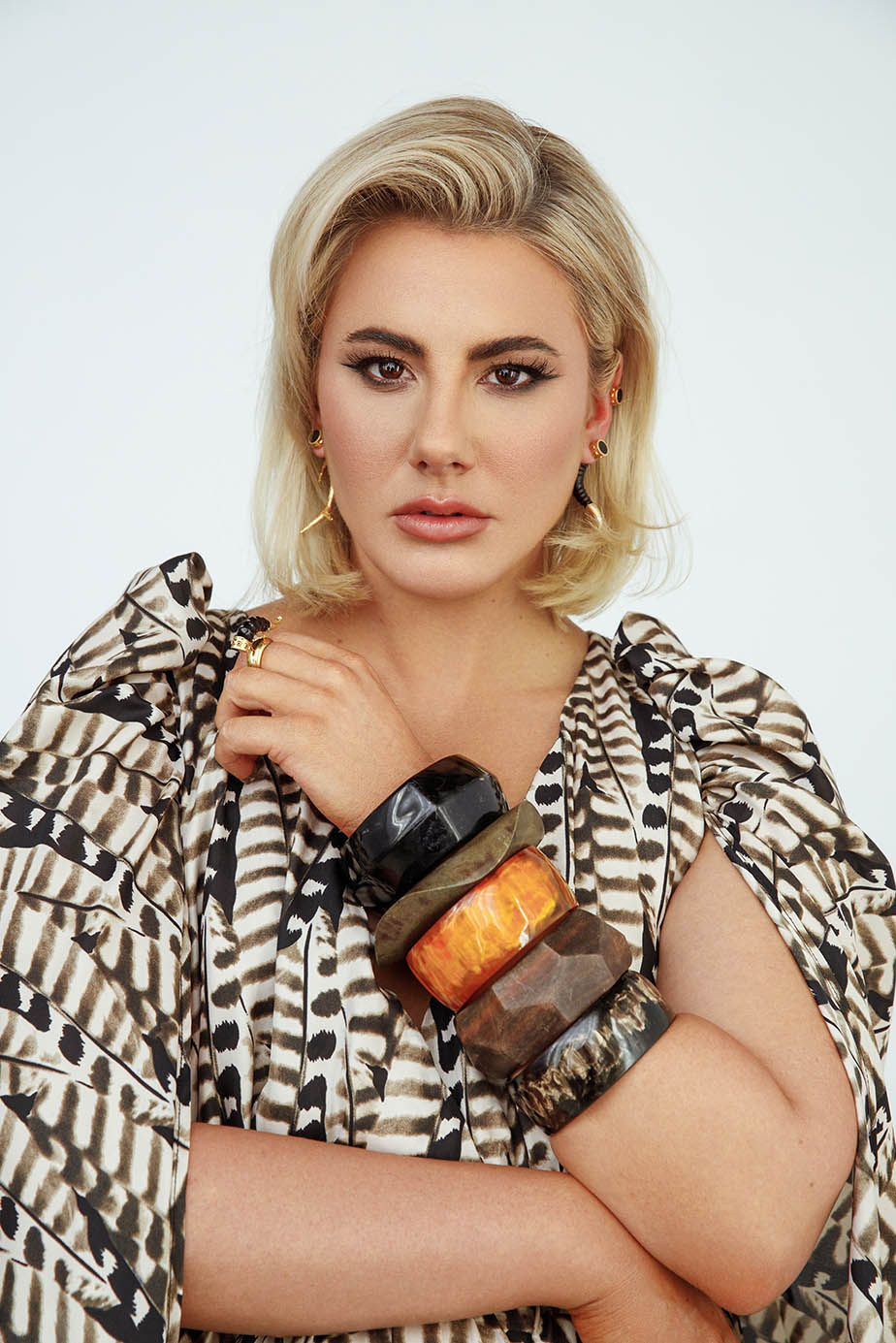 Emily De Margheriti stars as Alex in the horror/comedy film SISSY. This glamourous antagonist prides herself in being fiercely loyal and unequivocally the most authentic version of herself.

SISSY addresses core themes throughout the film, including the harmful side of social media, friendship conflict & growth, mental health awareness, perception vs. reality, search for self-acceptance & so on. Emily can uncover the message behind these concepts—what the audience should take away and learn from in their own lives.

An Australian native, Emily is one of the original founders and a director of DEMS Entertainment, based in Los Angeles, splitting her time between LA and Australia. Aside from her role as a producer, Emily also takes on a dual role as an actress in the films, I Hate Kids (2019, Chaos (2019), and Theatre of the Dead (2013). She graduated from WAAPA’s Bachelor of Performing Arts in 2016, Brent Street’s Cert IV in Performing Arts Course in 2012, and Canberra Dance Development Centre’s Vocational Dance Program in 2011.

StarCentral International recently caught up with Emily to discuss her journey in the industry and here’s what went down:

Could you please tell our readers a brief background about yourself and how you started?

I’m Australian, born and raised. I grew up with three brothers, my mother and my father. I’ve always had a zest for life, doing absolutely everything under the sun. I started my career by training early on. Acting has always been in my blood. I was a child when I wanted to start acting classes and become an actor, and I took part in a few theatre productions. I also tried to get an agent. However, I was turned down due to being “too young.” I didn’t realize at the time that failing to get an agent would be one of many glorious failures and just the start to growing the thick skin I needed to deal with all the different knockbacks that I’ve so far experienced in my early career. As such, I put my career on pause for a while.

In my 20s, I focused on acting again, undertaking short courses and private lessons to advance my acting skills. At the time, I was also performing regularly as a dancer while completing a Cert IV in Performing Arts at Brent Street (2012). I attended the Western Australian Academy of Performing Arts (WAAPA) and graduated with a Bachelor of Performing Arts in 2016. Once I concluded my studies at WAAPA, I moved to Los Angeles, having secured a small role in a feature film called I HATE KIDS opposite Tom Everett Scott and Tituss Burgess. I’ll never forget watching Marisa Tomei in action; she nailed the scene in one take, ONE TAKE; she was phenomenal… Little did I know with indie films we tend to have no choice!

I then decided to create a production company named Dems Entertainment. Dems Entertainment has developed several projects and was involved in the acclaimed dramedy LADIES IN BLACK from director Bruce Beresford. I produced THE NORTH PLAN at the Sherry Theater, where I performed in the lead role of ‘Tanya,’ earning a best lead actress nomination in the Valley Theatre Awards. The play ultimately won in the Best Director category and was also nominated by Broadway World for Best Play.

Most recently, I was one of the leads in the satirical horror feature SISSY, directed by Hannah Barlow and Kane Senes, which recently wrapped production in Canberra and had its world premiere at SXSW in Austin in 2022.

I’ve always felt that being proactive is vital to creating longevity. I am an actor at heart and will always be auditioning for projects. I also get the blessing of developing my own projects and facilitating work for myself and others in the industry. This duality is what creates longevity in a very inconsistent industry.

To sum it up, I started by training, winning a few roles, and persevering through many setbacks by working hard and continuously improving myself with ongoing training. I also created a production company to facilitate work for myself and others.

What do you like most about being a producer?

I love that I have a great production team behind me that helps me focus as an actor first and a producer second. Having creative control is something that fulfills me as an artist. It’s finding a story that grabs you and putting together a team to make it happen. It’s the collaboration process and being across the movie. Building it from the ground up ultimately satisfies me. I don’t believe we are just one thing, this societal construct of a single label we place on people. What I love most about producing is facilitating work for myself and others. However, when it’s my production, and I’m on set, it’s all business as an actor, and I don’t worry about the day-to-day production as my team takes over and carries the project to market and deals with the ongoing relationships with sales agents and distributors. 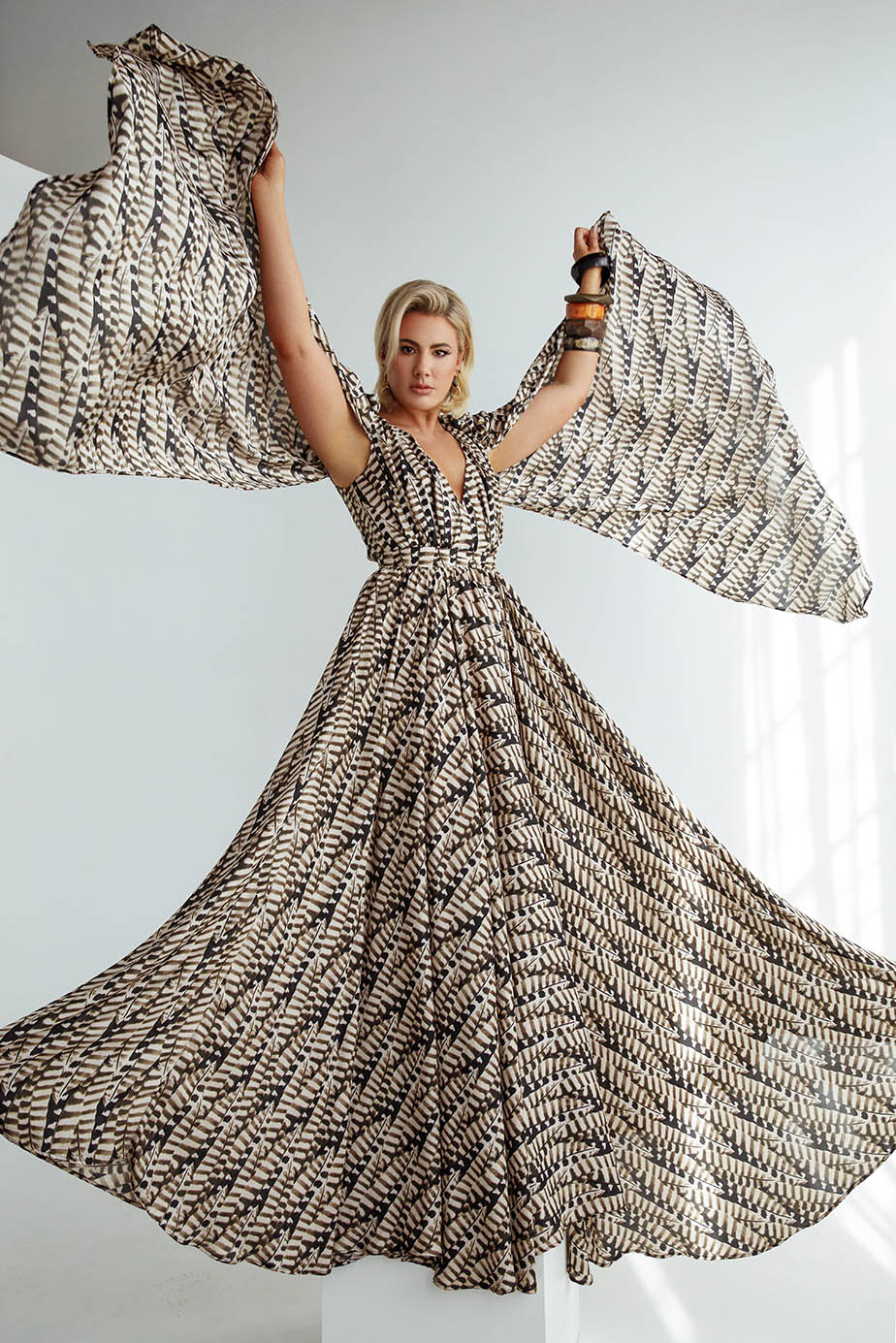 What have you learned from the people that you have worked with throughout your career?

I’m constantly learning from experienced creatives in the industry! I have had the fortune to have worked with incredible producers such as Sue Milliken, Allanah Zitserman, and Directors Bruce Beresford and Phillip Noyce. Working with my production team, I also truly appreciate what it takes and how long it takes to put a movie together. I’ve learned that the industry can also make you bitter if you allow it because many projects never find financing or get close to green light. My managers, Will Ward and Chris Burbidge have provided excellent guidance, and I have learned that you just need a few good people in your corner.

Can you describe a time when someone disagreed with your artistic vision?

There was a time when I was working with a writer, and it didn’t work. Our creative visions didn’t align. Sometimes you’re able to work through these, and other times, you must part ways. It’s just the nature of the business.

What are some of the difficulties of the entertainment business?

The entertainment business isn’t for the faint-hearted. It is a highly competitive and emotionally fueled environment. You must build strong armor around you but a soft heart that enables you to be vulnerable and at the moment with other actors when filming.

COVID has been a very difficult time for a major part of the entertainment industry, increasing the costs of production for filmmakers and the cancellation of live productions.

What is the most advanced skill you have acquired as a producer?

I have acquired many skills as a producer, such as being flexible to change, using my initiative, finding great scripts or ideas that I can turn into films, as well as hiring screenwriters to write ideas into screenplays. It also includes collaborating with different people, securing funding for projects, and collaborating with directors, cinematographers, and other department heads to execute the creative vision.

All these are vital, and I had to learn some of them quickly. You are constantly working under pressure. 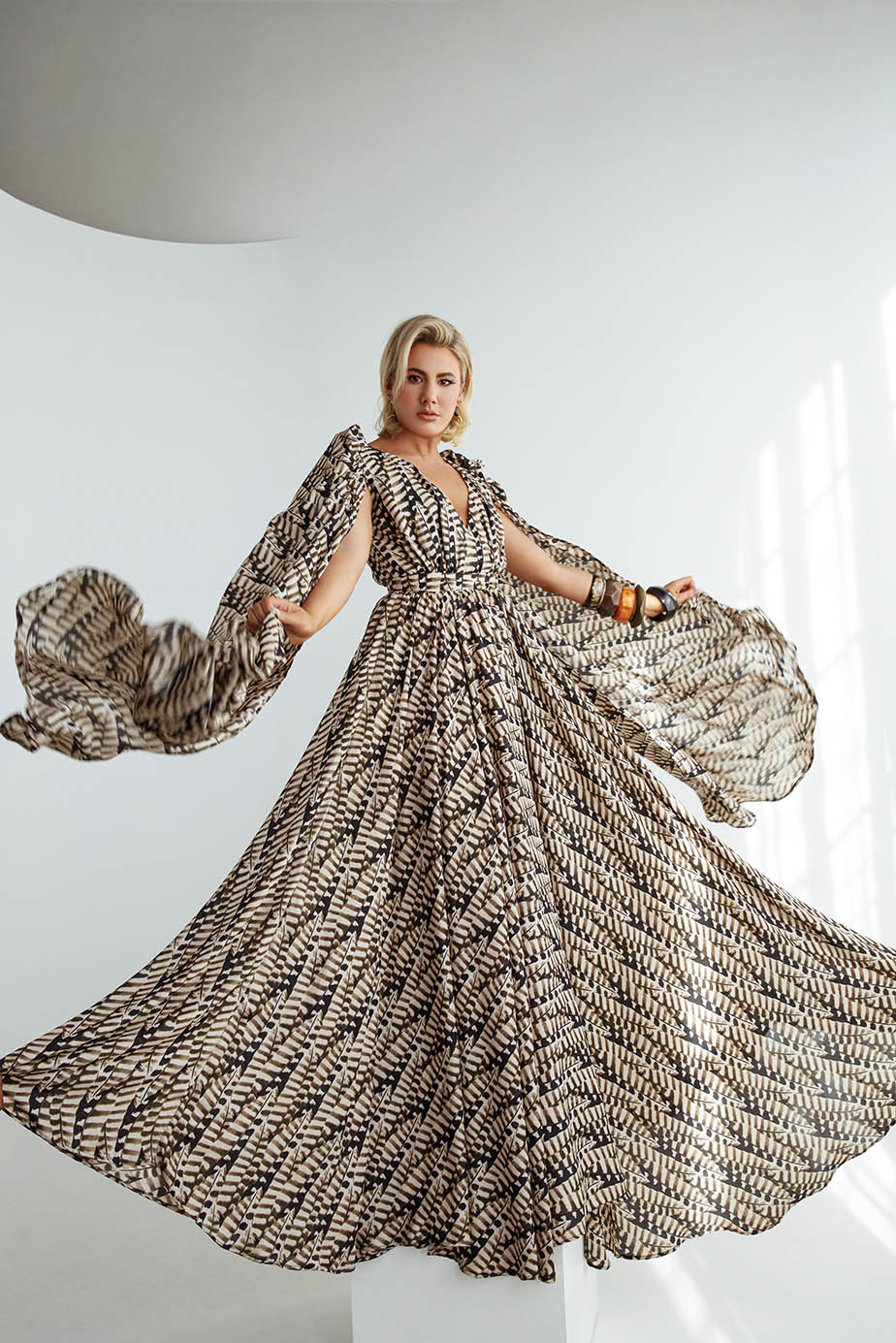 What is the most rewarding production you have worked on so far?

I have found my most recent feature film SISSY exceedingly rewarding. I had the pleasure of working with Hannah Barlow, Kane Senes, Aisha Dee, Lucy Barrett, Daniel Monks, Yerin Ha, as well as the entire crew and producing team. It’s so beautiful to work with creatives that love what they do to achieve the film’s common goal and success. It fills my soul.

It’s been such a whirlwind adventure with the World Premiere at SXSW in Austin, Texas. I’m also really looking forward to SISSY featuring in the Sydney Film Festival, the Capital Film Festival in Canberra, and Overlook Film Festival in New Orleans – just to name a few!

How do you cope with being away from home for extended periods?

I’m so used to traveling to different countries and experiencing very different cultures, so I quickly learned to adapt. My home is Los Angeles, Canberra, and Sydney, so I’m home most of the time, but in three familiar places. I always know that family and friends are a phone call away. It can be challenging being away, but I’m always very blessed to be able to do what I love, and for that, I’m incredibly grateful.

Where do you see yourself in 5 years?

I see myself still training, learning, and growing as an actor in five years. I will still be striving to make thought-provoking, downright entertaining, and powerful movies. Movies that both break your heart but make you laugh. I hope to be telling stories and making very successful movies both for studios and my own produced films as an actor. I see myself perhaps in a TV series of sorts, but hey, who knows the future! 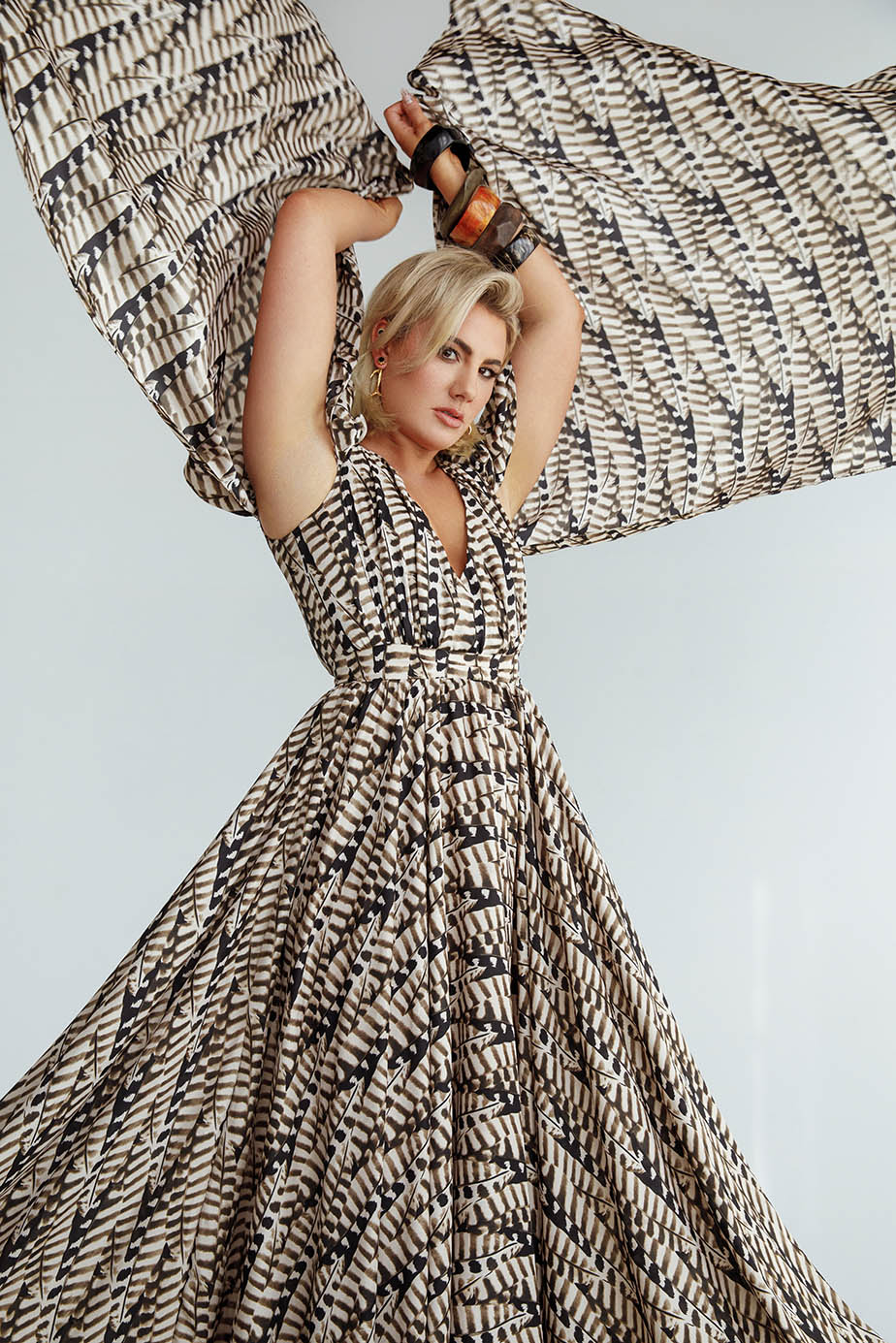