Up and coming Female Actresses Of The Month – August 2013 Edition

Vote now for who you think should be the Up and coming female actress of the month for August 2013! If you feel that you or someone you know deserves to be a featured as one of the Up and coming female actress of the month then let our talent coordinator know by emailing eileen@starcentralmag.com and we’ll get back to you as soon as we can! Please keep it in mind that any person who leaves negative, unpleasant and unnecessarily rude or derogative comments will be removed and banned from this site permanently. This is not a page where you can post your rants – we will ONLY approve comments that are constructive to the nominees. Let’s just keep this voting poll fair and fun!

Nicky Pastor is a 22 year old up and coming actor, model and dancer. She has just recently fulfilled a lifelong ambition to actively participate in the animal welfare space – she was appointed as “ambassador” for a newly formed entertainment Production Company called Sentient World Entertainment (SWE). SWE collaborates all the time with one of the world’s foremost animal advocacy and humane education welfare groups – The Jane Goodall Institute Australia. Nicky will serve as a prominent and instrumental face for the production company in various high end productions this year, including the Australian Tour of Dame Jane Goodall in May 2014. As an actress, Nicky has appeared in a number of TV shows such as “Christa- Deadly Women”, the “Carlotta” telemovie and she has a recurring role in “Home & Away”. She has also appeared in feature film “Not Suitable For Children” as well as the short film “The Burning Question”. 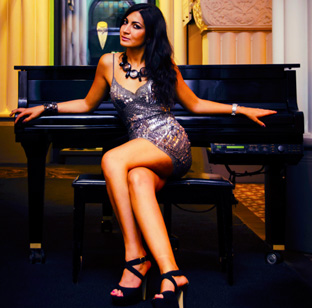 Monica has been acting since she was a teenager in her hometown in South of Italy where she used to perform on stage on various plays such as “The Medea”. She has graced on a number of theatre shows and short movies in which she performed both dramatic and comic roles as Juliette in “Romeo and Juliette” or the daughter Natale in “Casa Cupiello”(Italian comedy). At the age of 18 she moved to Milan to study business as well as pursue an acting career. She is currently in Sydney studying both at NIDA and ACA because she wants to give to be a successful actress one day. 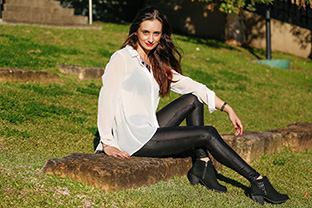 Melissa has worked for channel 9 as a supporting actress on TV shows such as “Cops LAC” and “Rescue Special Ops”. She has trained mostly in Sydney, but she has also trained in Los Angeles, including NIDA. She has worked alongside famous actors such as Kate Ritchie, Martin Dinglewall, Malcolm McDowell, Kelly Paterniti, Roy Billing as well as known producer Geoff Bennett. She has also appeared in various commercials in Los Angeles. Melissa is also a passionate and dedicated actress and she hopes that one day she can share her skills and knowledge with other aspiring actors. 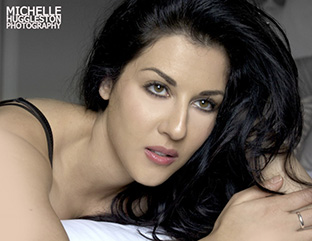 Samira is an upcoming actress who hails from New South Wales. She has a Portuguese mother and her father hails from Dubai. She has no formal acting experience and yet she has just transitioned from modelling into an acting career within 18 months! In that short span of time, she has already been nominated at the Cannes Film Festival for the film ‘MollyCrows’ and she has just landed a leading role in Hollywood for the 50th Anniversary of ‘Dr Who’ which is filming this November. 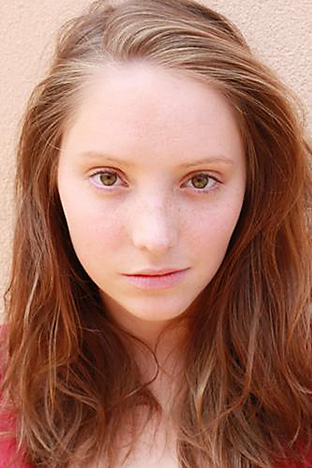 At 21yrs old, Libby Brockman has been in over 30 theatre and 25 film productions; this year she’s portrayed a 12yr old girl, Robin in Act-O-Matic 3000’s production of “The Woodsman”, a loudmouthed 16year old who has an affair with her PE teacher in The Honeytrap’s “Scarborough” and a sadistic and bitter sister, Adela in Tatiana Angulo’s “House of Bernarda Alba”. In 2009 she received the ‘Peggy Laidlaw Prize’ for ‘Outstanding achievement in Drama’ and then, in 2010, went on to do several physical theatre intensives in London, Sicily and Catalonia, before completing a Performing Arts course at the National Theatre and going on to study Meisner at Ward Studio. Some of her favourite roles include playing Sofia in “I Wish You a Boat”, where Libby had to speak Serbian and drown on stage, and playing Lilly in the comedy TV show “Room & Board” which airs later this year. She loves Celtic music and anything Irish/Scottish/English, walking, swimming, travelling, table tennis, delicious food and speaking in different accents.

Vote for who you think should be the “Up and coming female actress the month” in the poll below! The winner will appear in our website and will be featured in our magazine. The poll closes on the 9th of September, 2013 at 1am AEST (Sydney, Australia time) and you are eligible to vote only once per day (after you’ve voted, 24 hours must pass after the time you voted, for you to be able to see the voting form and vote again the next day). Please note that voting is also restricted to just ONE vote per IP address. Vote NOW and make your voice heard!