Most Promising Actresses Of The Year – 2013 Edition

Vote now for who you think should be the BEST OF THE BEST – the Most Promising Actress Of The Year for  2013! If you feel that you or someone you know deserves to be a featured as one of the Most Promising Actresses Of The Month then let our talent coordinator know by emailing eileen@starcentralmag.com and we’ll get back to you as soon as we can! Please keep it in mind that any person who leaves negative, unpleasant and unnecessarily rude or derogative comments will be removed and banned from this site permanently. This is not a page where you can post your rants – we will ONLY approve comments that are constructive to the nominees. Let’s just keep this voting poll fair and fun! 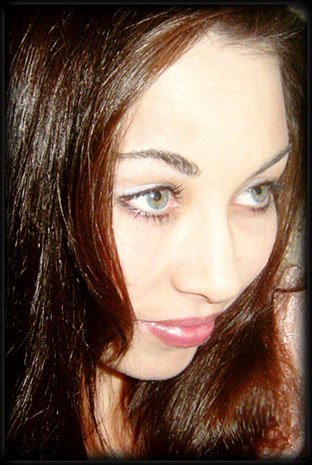 Zaydah-lee was born in Port Hedland and she has the true ‘Sandgroper’ fighting spirit. As a child she won many awards for Theatre and Dance so locally she had a reputation as an upcoming entertainer. Her family eventually ended up moving from the Eastern States to Perth, Western Australia and that’s where she ended up signing with Spiers and Gemma International. After completing a calendar and winning various photography competitions, she realized that her direction was steering more into the art of filmmaking. It was not long before a college Diploma was awarded to her for Screenplay writing and after successfully completing short and feature film productions both local and interstate, she is now working her way to becoming a film director. This end of year 2013 has seen her screen test wherein she was shortlisted for two International Feature films “Shanghai” and “Pasadena LA.”She is currently a PA as well as a Melbourne Vic Ambassador for Cannes film “MY CORNERSTONE” Dir Stanley Joseph. 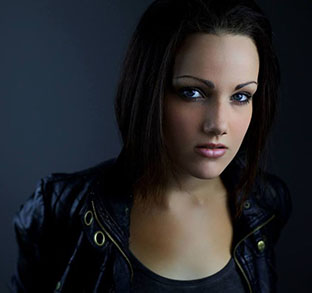 Sheridan Morris-Flynn is an Australian actress studying on full scholarship at the Stella Adler Academy of Acting in Hollywood. She has been studying there for almost two years now but she is represented in Australia and she has worked on popular shows such as ‘Neighbours’, and ‘as the bell rings’, as well as feature films such as ‘the cup’. Along with that, she has also done many short films and theatre and has also appeared in commercials for AAMI Car Insurance, MJB Homes, Procal Technologies and Sovereign Hill. While living in America she’s had the opportunity to study alongside award winning actors, Oscar, Emmy and Screen Actors Guild winning teachers. She has also worked on several short films, feature films and commercials in the US. Just recently she was booked for a TV show for channel 31 as well as a feature film which begins shooting next year. 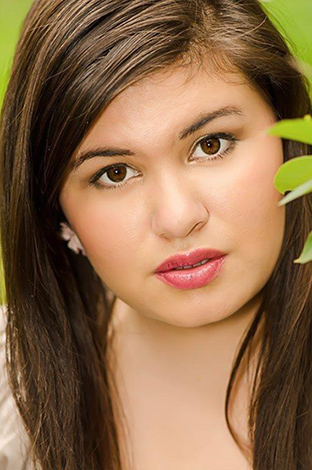 Foster Buckman is an enthusiastic, passionate and positive person who prides herself on her dedication. Foster is a Australian Actress who hails from Brisbane, she has worked on many different short films and feature films including lead roles and featured roles. Currently she is studying in a one year fulltime acting scholarship for acting in film and TV. According to Foster, ever since she was a child it has always been her dream to pursue a career in acting and she believes she is doing her best to make this come true and be the best she can be at her craft. She also runs her own business where she gets to help people in their lives because one of her many passions is to help people become better. 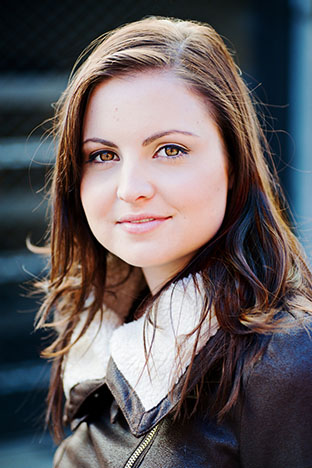 From a young age, Samantha was already obsessed with the arts. Getting into formal classes from age 11, she continued to develop her skills across a range of mediums but then really found her feet during a Screen Acting Diploma at the Film & Television Institute in Perth, Western Australia. She has been involved with more than 30 short films in the last two years, and she just recently shot her first feature film. She has also just moved to Sydney to pursue acting as a full-time career. 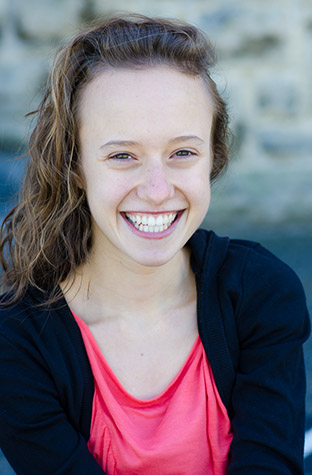 Now currently based in the UK studying Acting and Musical Theatre at the Liverpool Institute for Performing Arts, Tahlia has been following her love for the arts ardently for the past four years. She has worked in leading and supporting roles in drama, dance and music based productions, recently seen in the leading role as ‘Tilly’ in the award winning short film, ‘The Owl’. Additionally, Tahlia has been the recipient of a number of awards including the Outstanding Achievement in Acting 2012 (Filmbites Youth Film School), and the Drama 3AB Course Award (John XXIII College). Tahlia hopes to develop a diverse and long-reaching career, inspiring others to do the same too.

Vote for who you think should be the “Most Promising Actress Of The Year” in the poll below! The winner will appear in our website and will be featured in our magazine. The poll closes on the 30th of January, 2014 at 1am AEST (Sydney, Australia time) and you are eligible to vote only once per day (after you’ve voted, 24 hours must pass after the time you voted, for you to be able to see the voting form and vote again the next day). Please note that voting is also restricted to just ONE vote per IP address. Vote NOW and make your voice heard! 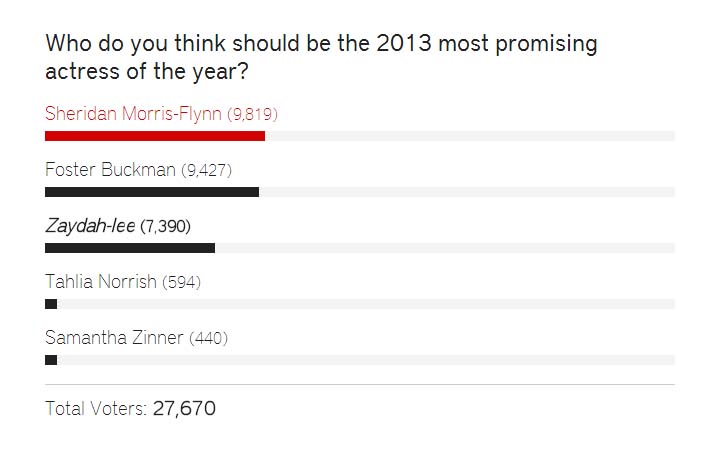