Most Promising Actresses Of The Month – May 2014 Edition

Vote now for who you think should be the Most Promising Actress Of The Month for May 2014! If you feel that you or someone you know deserves to be a featured as one of the Most Promising Actresses Of The Month then let our talent coordinator know by emailing eileen@starcentralmag.com and we’ll get back to you as soon as we can! Please keep it in mind that any person who leaves negative, unpleasant and unnecessarily rude or derogative comments will be removed and banned from this site permanently. This is not a page where you can post your rants – we will ONLY approve comments that are constructive to the nominees. Let’s just keep this voting poll fair and fun! 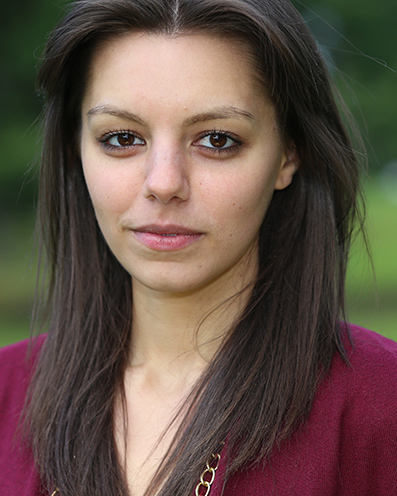 Karina is an experienced performer with professional training in stage, screen, and music. She completed NIDA’s 2013 Winter Actors Residency in Sydney, and has appeared in successful theatre productions in both Victoria and New South Wales, recently being awarded for her performance as ‘Bubba’ in the summer of the Seventeenth Doll. Karina also works consistently in film projects and web series, increasing her experience and craft in the hope that one day she can inspire others to actively pursue their passion. When away from acting, Karina turns her hand to writing songs or short stories and articles, and will never pass up the chance to lie on the beach enjoying an ice-cream and a good book. Her other credits include: ‘Germaine’ in Picasso at the Lapin Agile; ‘Viola’ in Twelfth Night; ‘Felicity’ in Habeas Corpus; and eponymous roles in Pantomimes Jack and his Amazing Multi-Coloured Beanstalk, Aladdin, and Dick Whittington and his Cat. 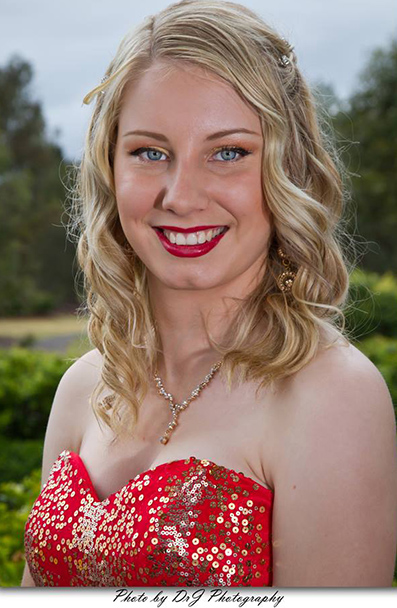 Ebony James is currently nineteen years old and ever since she was young, acting has been in her blood. She loves acting, it’s a part of her life and over the years she has developed a great skill set which defines her acting style, including eccentric facial expressions, voice imitations and movement capabilities – she gains experience from every role she plays. Most people feel that she’s actually the young, female version of Jim Carrey! She has attended Helen O’Grady’s Drama Academy for eight years which developed her skills and abilities in stage theatre, she has directed and produced her very own short film ‘Blind Bats’, starred as the lead role in the short film ‘Thwarted’ directed by Daniel Scott and also written and performed her monologue ‘The Perfect Hypochondriac’ for her HSC just to name a few. Ebony has just recently had a small part as a video blogger in the feature film called ‘How To Time Travel’ directed by Samuel Sheffield and is also the new voice over for Dog Rescue Newcastles’ latest commercial. Her main goal at the moment is to be noticed in the acting industry and ‘get herself out there’ so that she can show off her talent to the world and be a part of this amazing movie industry. Marissa was born in Sydney’s inner west and raised by European parents. Naturally, she grew up with a lot of love for people, music and most of all entertaining. She was inspired by comedians such as Robin Williams, Rowan Atkinson and Jim Carrey and at the tender age of five, she was already performing for her family and friends turning any location into a stage! It was evident that she wanted to be a performer even at such a young age. Taught by some of the most respected names in the industry, Marissa attended a performing arts school most of her academic life, focusing on singing, dancing, acting and piano. In 2012, Marissa made the big move to Los Angeles to further her training and attended TVi Actors Studio. With lead roles in feature films such as ‘Number 81’ and ‘Chains’ which have had a great response overseas, short films such as ‘Sheila & Terry’, ‘My Sisters & I’, ‘Sembalance’, ‘How Romantic’ and ‘After School’ and television commercials – This was just the beginning for this dedicated young actress. Now at twenty three, she is writing, producing, and acting her own material. With auditions in Los Angeles, Marissa continues to strive for what others would consider ‘Impossible’.

Vote for who you think should be the “Most Promising Actress Of The Month” in the poll below! The winner will appear in our website and will be featured in our magazine. The poll closes on the 30th of May, 2014 at 1am AEST (Sydney, Australia time) and you are eligible to vote only once per day (after you’ve voted, 24 hours must pass after the time you voted, for you to be able to see the voting form and vote again the next day). Please note that voting is also restricted to just ONE vote per IP address. Vote NOW and make your voice heard!