Most Promising Actresses Of The Month – November 2014 Edition

Vote now for who you think should be the Most Promising Actress Of The Month for November 2014! If you feel that you or someone you know deserves to be a featured as one of the Most Promising Actresses Of The Month then let our talent coordinator know by emailing lex@starcentralmag.com and we’ll get back to you as soon as we can! Please keep it in mind that any person who leaves negative, unpleasant and unnecessarily rude or derogative comments will be removed and banned from this site permanently. This is not a page where you can post your rants – we will ONLY approve comments that are constructive to the nominees. Let’s just keep this voting poll fair and fun! 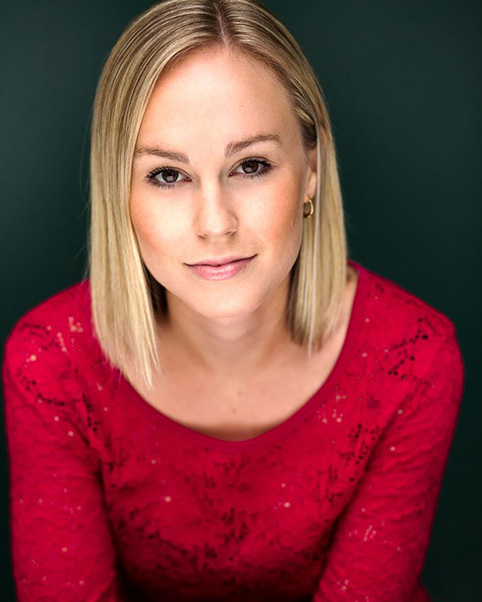 During Hannah’s earlier years, she was involved in predominately Musical Theatre. Her film acting career began later on in Perth, Western Australia, where she was involved in countless short films, feature films and documentaries. In 2013 Hannah played the supporting role of ‘Wendy’ in the Western Australian feature film, Foreshadow; starring opposite Australian actor, Myles Pollard. She then went onto Los Angeles in May 2013 for further voice and acting training. After returning from her US trip Hannah relocated to Melbourne to widen her film acting opportunities. She is currently based in Melbourne. 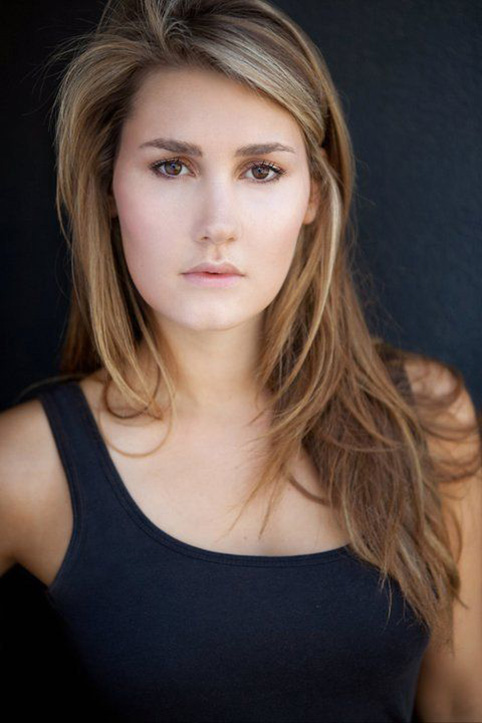 Canberra born and raised, Hannah moved straight to Melbourne after high school to pursue a career in acting. As well as a Bachelor of Performing Arts from Monash University, she has developed her skills with classes at a range of outstanding institutions including: The Rehearsal room, The Film Space, Howard Fine studio and NIDA. So far she has successfully landed roles on TV (Neighbours, Winners & Losers, Visa and Mazda commercials), multiple short films (award winning A Flicker of My Mother) and stage performances (La Mama, VCA). Hannah has a passion for telling stories that capture the beauty in human experience – understanding that the most seemingly mundane moments on film can become effortlessly captivating. She lives and breathes her work and is constantly striving to develop the most authentic and enchanting experience for actor and audience. 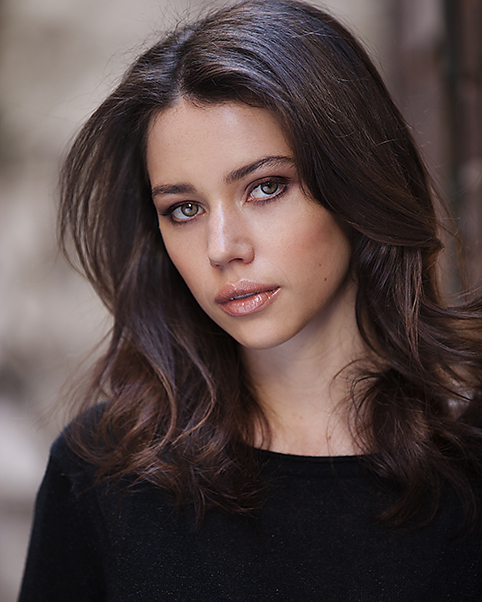 Rachel Kim Cross is an Australian born actress who is currently based in Sydney with the dream to move to Los Angeles to pursue her passion for an acting career. Rachel started her training on the stage at a very young age and completed her Bachelor of Performance at the Australian Academy of Dramatic Art. Rachel found work at Fountainhead Casting as an assistant after studying and this fed her passion for screen acting. Since then she has appeared in numerous TVC’s, short films and TV. So far she has successfully landed roles on Film/TV (Big Duck, Nosocophobia, Between These Sheets, Behind Mansion Walls Series 3) and stage performances (Grimm Tales, Dogs Hamlet & Cahoots Macbeth, Electronic City, Tut-tut, Child ). Rachel auditioned for the Hollywood Immersive program to further her dream to move to LA. Since finishing the program she has remained in LA currently taking meetings with castings directors and managers. 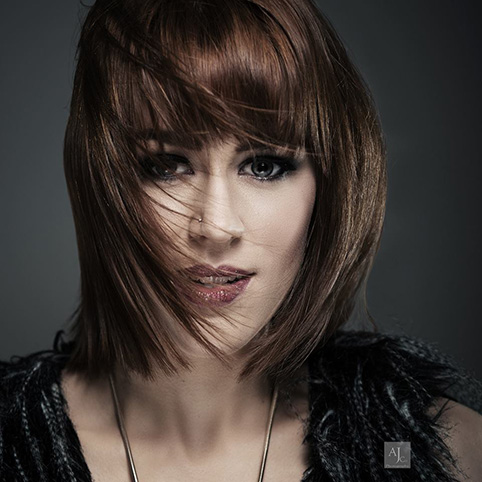 Charley Goiris is a 22 year old Melbourne based actress, presenter, writer and model. After giving up her teenage dreams of becoming a news reporter 2 years ago, she decided that she wanted to enter the talent industry. So far she has successfully landed roles on TV (Neighbours, Crossway News) and multiple music videos (The Paper Kites ‘Young’, Woodlock ‘Lemons’). In the last 2 months, doors have opened for her as she landed an agent, was accepted into a premier actors training studio with a focus on film techniques, received opportunities to work in Australian television as well as given the chance to audition for a lead role in an indie feature film.

Vote for who you think should be the “Most Promising Actress Of The Month” in the poll below! The winner will appear in our website and will be featured in our magazine. The poll closes on the 28th of November, 2014 at 1am AEST (Sydney, Australia time) and you are eligible to vote only once per day (after you’ve voted, 24 hours must pass after the time you voted, for you to be able to see the voting form and vote again the next day). Please note that voting is also restricted to just ONE vote per IP address. Vote NOW and make your voice heard! 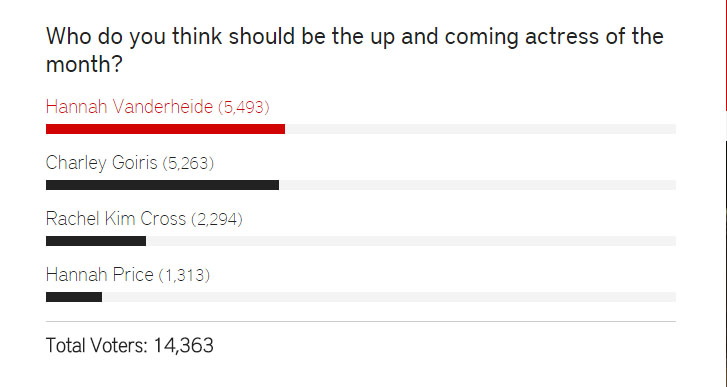