Most Promising Actresses Of The Month – June 2015 Edition

Vote now for who you think should be the Most Promising Actress Of The Month for June 2015! If you feel that you or someone you know deserves to be a featured as one of the Most Promising Actresses Of The Month then let our talent coordinator know by emailing lex@starcentralmag.com and we’ll get back to you as soon as we can! Please keep it in mind that any person who leaves negative, unpleasant and unnecessarily rude or derogative comments will be removed and banned from this site permanently. This is not a page where you can post your rants – we will ONLY approve comments that are constructive to the nominees. Let’s just keep this voting poll fair and fun! 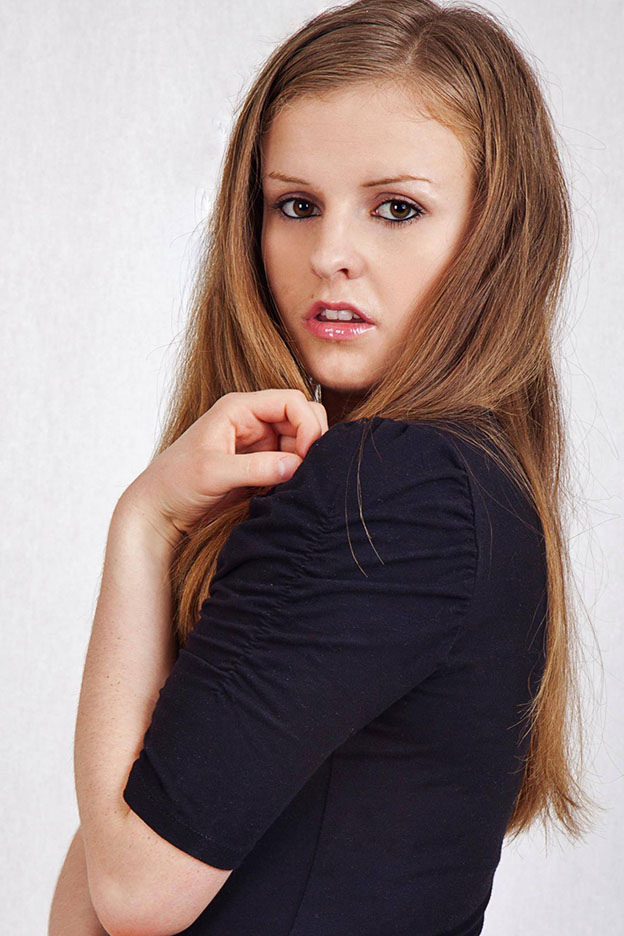 Lauren Thomas is an up and coming Australian actress that has been working consistently in the industry from a young age. She has a background in dancing, presenting, modelling and writing and she hosts her own weekly live to air radio show. Her studies include a Diploma of Screen and Media (Journalism) and a Diploma of Business Administration. She has trained at many acting schools in Australia including NIDA, TAFTA, Nicholson’s Academy, Filmbites and The Perth Film Network Acting Studio. She has appeared in over 70 projects including playing lead and supporting roles in TV series ‘I’m on the Road‘, educational film ‘Everyone Pays‘, horror film ‘Australian Gothic: Apparicious‘, feature film ‘Hotel’ and short film ‘Run‘. You can find out more about Lauren by visiting www.laurenthomas.com. Her IMDB account is www.imdb.com/name/nm5246742 and her Facebook account is www.facebook.com/MsLaurenThomas. 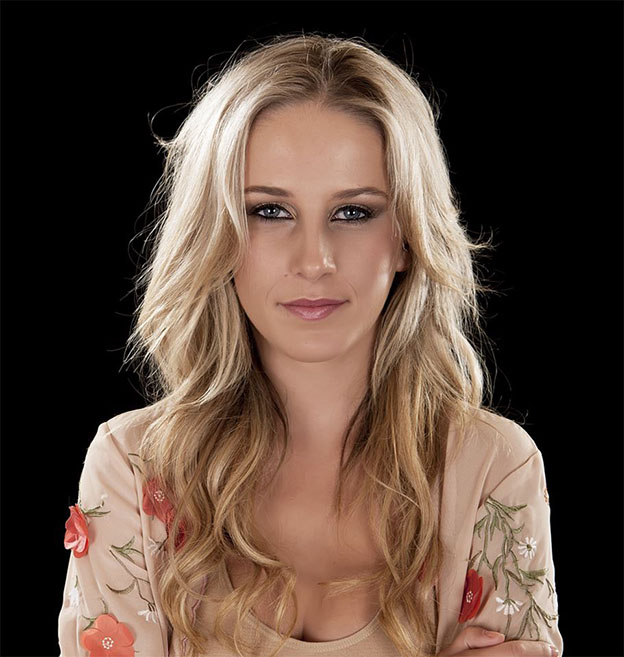 Nicole has been training in acting since 2013 and she still can’t seem to get enough. She has starred in a number of short films such as Molotov and Caught Inside and feature films such as 500 Miles and Polly over the past two years and she’s had the time of her life doing them. She has recently appeared in the movie “The Inbetweeners” and she’s also due to appear on the film “San Andreas.” She loves entertaining and sharing her work with others and she’s always willing to help others better themselves. 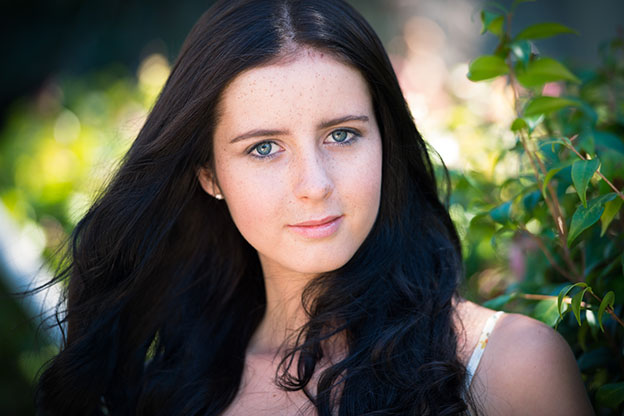 Aged nineteen and hailing from Melbourne, Australia, Tanika has most recently filmed the Foxtel television series Facing Evil (2014) playing the lead role of Courtney, which is soon to be released. Since immersing herself in the Film and Television industry three years ago, she has appeared in many short films – most notably as the lead in The Quickening (2014), and commercials including Zelle Real Estate and Skin First. Studying for the past ten years, she has attended The Australian Film and Television Academy among other schools, and worked with a large number of talented, different teachers, and many well respected Australian casting directors and directors. She is a skilled cook, recreational skier and she runs a growing health and wellness website. With a solid live theatre background, Tanika is currently working on her continual growth as a young screen actress and further developing her exciting career. 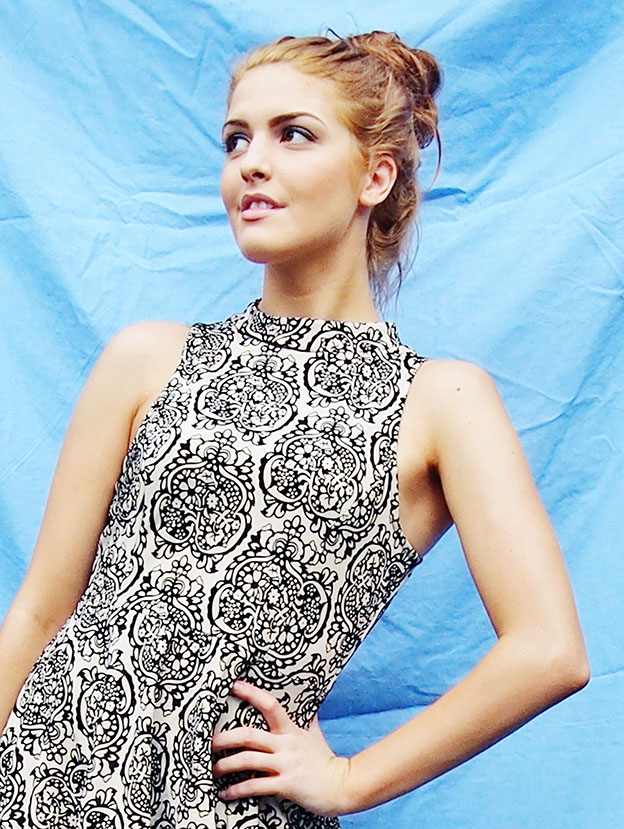 Rachael is constantly working in the industry in all three disciplines: vocals, acting and dance. This has allowed her to bridge between Theatre, film, vocal music recording and stage. Having worked with the likes of Disney Writer and Director, Shirley Pierce and the brilliant director Tom McSweeney has given her professional training and work. She is currently performing at Movie World as Dorothy, Marilyn and Gatsby. She is also listed with a lead in two undisclosed future films and have many short films and leads in theatre under her belt such as “Cursed”, “Dolly-annie get your gun” and “Children’s Hour”. A major highlight was opening the Commonwealth Games Bid with the National Anthem and receiving Young International Woman of the Year in Performing Arts and community service, ’12 and ’13 for South Queensland. Rachael is also a member of Australia’s up and coming new girl group, Mischief, singing and acting in their music video. This high energy, four piece pop act first hit social media in February this year with 120,000 video views on Facebook and over 25,000 YouTube views from their growing young fan base. Rachael and the other girls in the group have released their new single; ‘Kick It Back’ and have already scored radio play with commercial station Hit105 Brisbane.

Vote for who you think should be the “Most Promising Actress Of The Month” in the poll below! The winner will appear in our website and will be featured in our magazine. The poll closes on the 29th of June, 2015 at 12am AEST (Sydney, Australia time) and you are eligible to vote only once per day (after you’ve voted, 24 hours must pass after the time you voted, for you to be able to see the voting form and vote again the next day). Please note that voting is also restricted to just ONE vote per IP address. Vote NOW and make your voice heard! 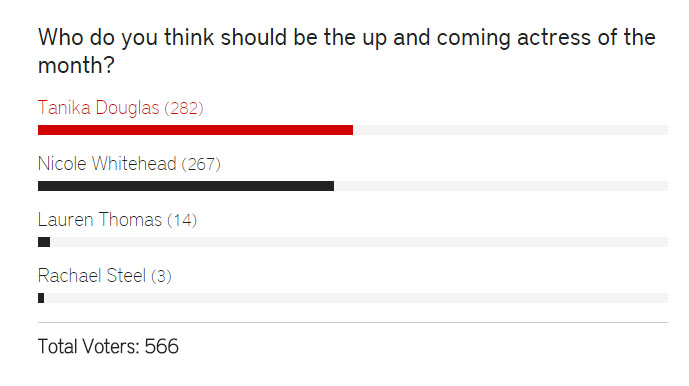