Most Promising Actresses Of The Month – April 2016 Edition

Vote now for who you think should be the Most Promising Actress Of The Month for April 2016! If you feel that you or someone you know deserves to be a featured as one of the Most Promising Actresses Of The Month then let our talent coordinator know by emailing lex@starcentralmag.com and we’ll get back to you as soon as we can! Please keep it in mind that any person who leaves negative, unpleasant and unnecessarily rude or derogative comments will be removed and banned from this site permanently. This is not a page where you can post your rants – we will ONLY approve comments that are constructive to the nominees. Let’s just keep this voting poll fair and fun! 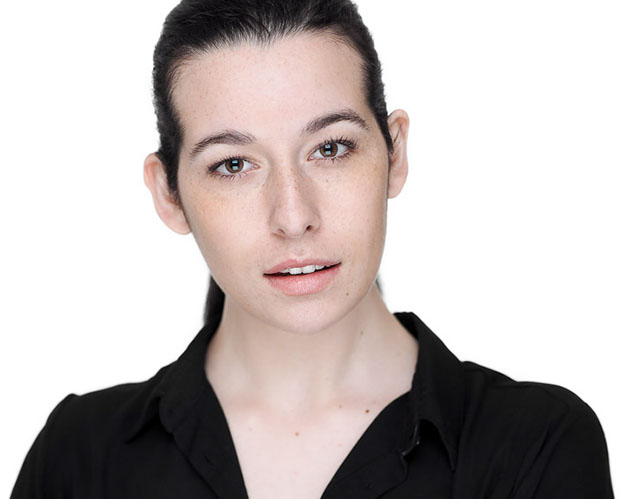 Hannah grew up in Bendigo feeling right at home on the stage performing with the Bendigo Theatre Company. After she finished high school she moved to Melbourne to pursue her passion for acting. After studying at The Australian Film and Television Academy, Hannah has appeared in a number of short films (Crew, Young Lies, One Track Mind, Parking for Bikes Only, Baked Fresh Daily, Hair, Virgin’s Anonymous and I.M.PRINT), web series (Odd Sock), Music videos, Immersive Plays at The Owl and Cat Theatre (Bordello) and following a new path in modelling and fashion film. Hannah loves all things film, and has a healthy passion for pilates, ballet, piano, circus and fine dining (burgers). 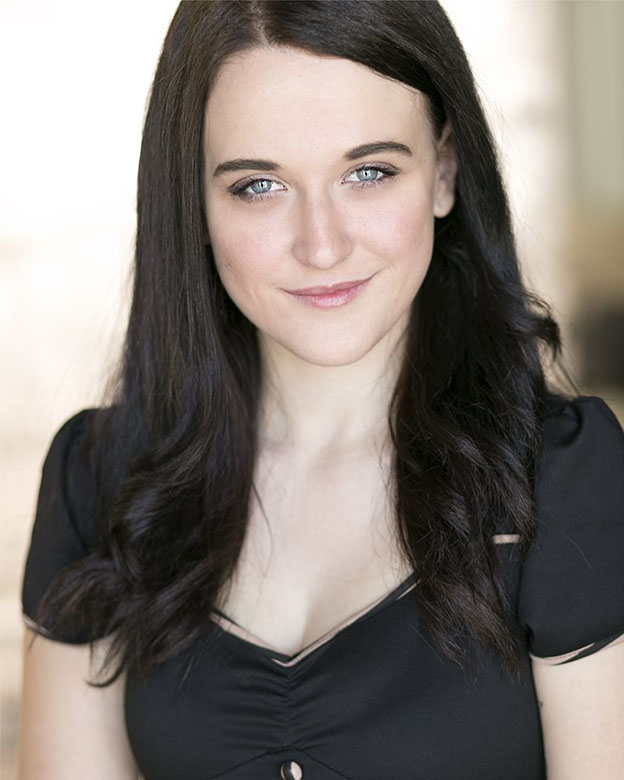 In the last two years of being in the industry, Alison has managed to sign with an agency/ manager, study acting in Sydney, Los Angeles and San Francisco, appear in over 9 short films in leading/ supporting roles (Reaper, Fighting the Sky, Truth, Expectations, The Letter, Helpline, The Divorce That Stole Christmas, Splattered Out, Alter, Into The Black), appear as a lead in a feature film as well as get paid in an improv troupe ran by UCLA in Los Angeles. She also just returned from a year living and working in Los Angeles. 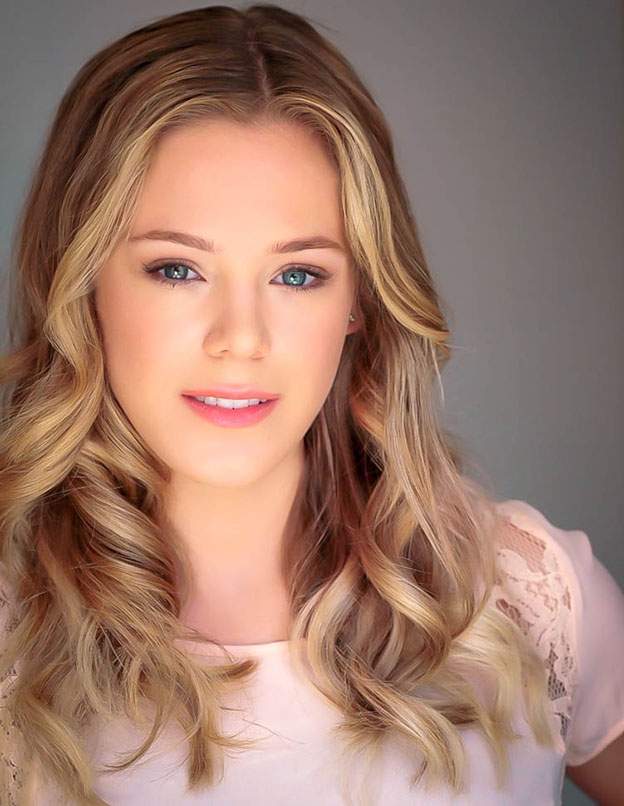 At the age of 21, Lana has worked professionally in the industry in film and television and is best known for her role of Nicola Grey in ABC’s “Worst Year Of My Life, Again!”, which is now airing on Netflix. Her credits include two projects that are set to air this year; Channel 7’s “Winners & Losers” in which she plays Chloe Bowden, as well as a guest role in “Wentworth”. She has recently wrapped the lead role in a short film directed by Cadyn Binns, entitled “Malevolence”, which is currently in post-production. Lana has grown up immersing herself in the performing arts, and consistently explores her craft through both training and teaching dance, as well as drama. She has studied intensively in Los Angeles by completing the Hollywood Immersive Program in 2015 and is currently training at Anthony Meindl’s Actor Workshop and also working closely with a range of private coaches. In addition to her weekly training, Lana is also in the midst of her second pilot season in LA. Through what can be a chaotic and challenging time, she is grateful for her supportive team, including her Australian agent, Alisa Meadow at Triple Talent Management as well as her US representatives at Primary Wave Entertainment and of course her mentors, friends, family and partner. 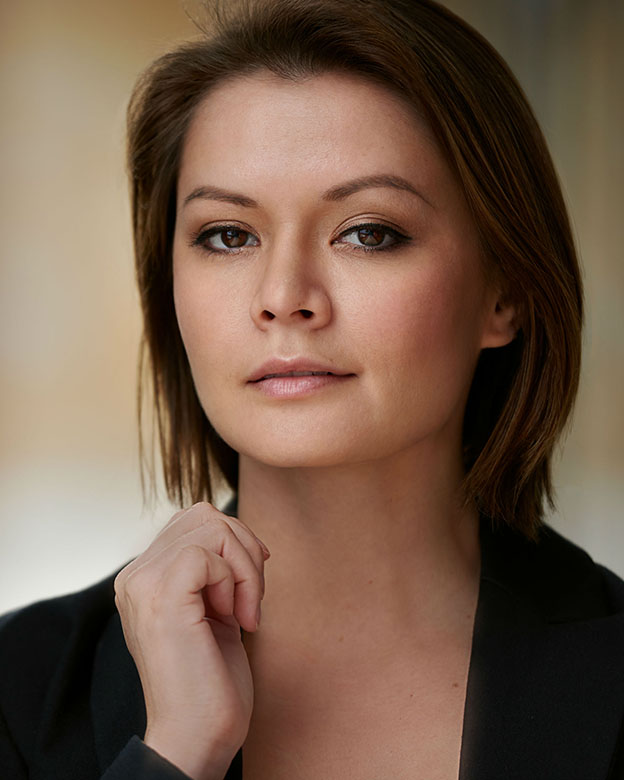 Rebecca Caldwell is a hard working actress and producer who hails from Perth, Western Australia. In 2016 alone she has starred in 3 short films, 2 commercials and 2 plays. One of those films, ‘A Girl’s best Friend’ – she wrote and produced. Rebecca has been acting since she was in grade school, having started in theatre and radio before making the move to film and TV. On her return to presenting in 2012, she was named one of Clinique Cosmetics ‘It Girls’ which led to corporate video and speaking engagements. Rebecca is now co-host of the Popcorn show in Perth, which explores pop culture, film and theatre in Australia, however her first love is acting and she has many exciting projects lined up for 2016.

Vote for who you think should be the “Most Promising Actress Of The Month” in the poll below! The winner will appear in our website and will be featured in our magazine. The poll closes on the 29th of April, 2016 at 12am AEST (Sydney, Australia time) and you are eligible to vote only once per day (after you’ve voted, 24 hours must pass after the time you voted, for you to be able to see the voting form and vote again the next day). Please note that voting is also restricted to just ONE vote per IP address. Vote NOW and make your voice heard! 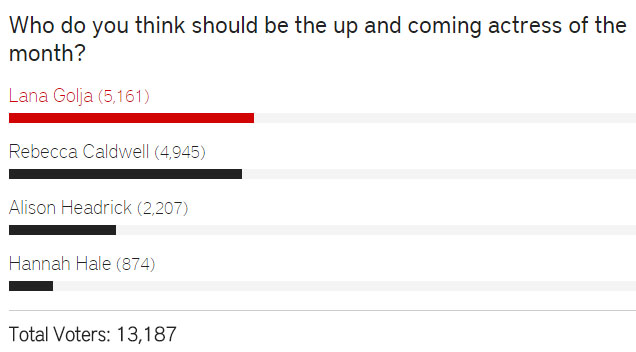