Most Promising Actresses Of The Month – July 2016 Edition

Vote now for who you think should be the Most Promising Actress Of The Month for July 2016! If you feel that you or someone you know deserves to be a featured as one of the Most Promising Actresses Of The Month then let our talent coordinator know by emailing lex@starcentralmag.com and we’ll get back to you as soon as we can! Please keep it in mind that any person who leaves negative, unpleasant and unnecessarily rude or derogatory comments will be removed and banned from this site permanently. This is not a page where you can post your rants – we will ONLY approve comments that are constructive to the nominees. Let’s just keep this voting poll fair and fun! 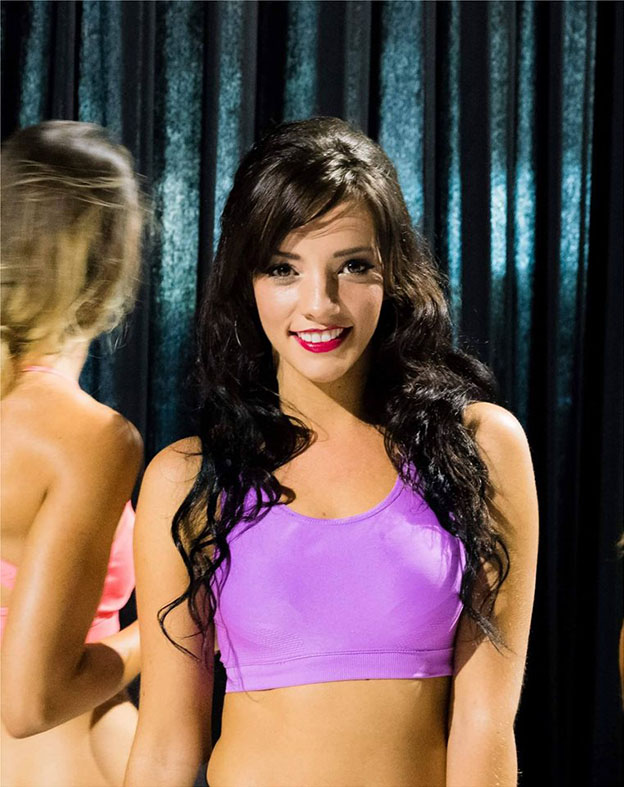 Krystel-Ann Marie Evans is a rising star after completing a short acting techniques course through the Frog Management venue at WAAPA, Western Australian Academy of Performing Arts. Her dedication to Media and Arts has opened up great opportunities since she is an official actor representative member of the Equity Union only present as of this year. Her career has sky rocketed into many great things. Not only is she experienced with TVC, but she also has just finished filming 3 different roles and characters for the feature film “The End” which is due to be released soon, as well as a short film called NYPD Blue Productions, including the Featured Film “You & me”  all due to be released soon. She’s also currently filming another Project Called Terrah as a Main Character, which will be screened at Lunar Cinemas, Australia wide. Her passion for the arts makes an extremely dedicated individual of many talents included , Acting, Singing, Dancing and Combat Martial Arts. She is a highly recommended professional actress and as of yet has no talent agent. Although her own self dedication has lead to success, she’s hoping to be recognised internationally one day and work overseas for future reference. 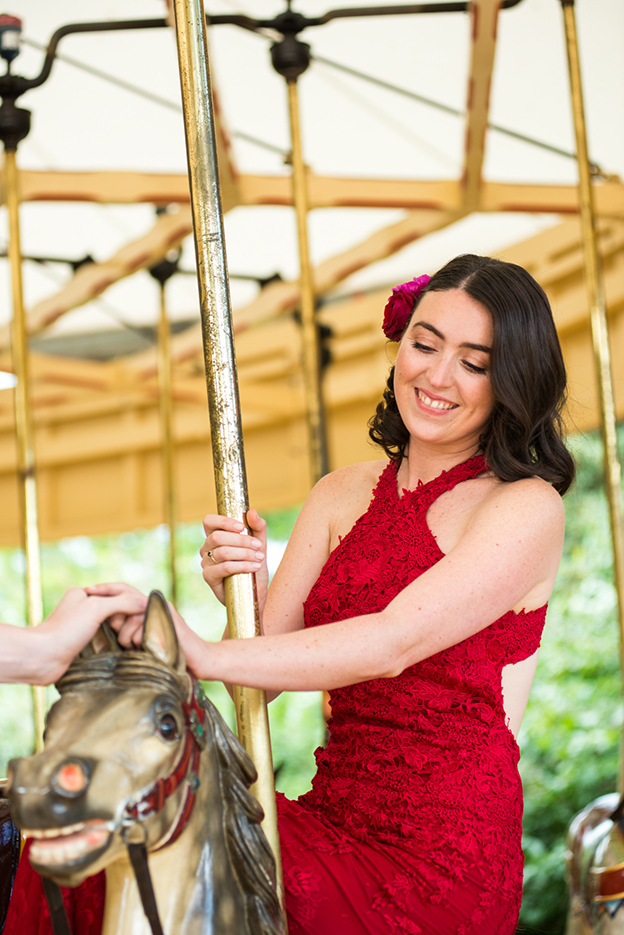 Raised in country New Zealand and inner city Melbourne, Alexandra is proud to be an Aussie/Kiwi actress. Over the past 4 years, she’s been involved in over 28 productions in film, television and on stage. Including Neighbours, Never Tear Us Apart: The Untold Story of INXS, Everybody Has a Story (Salvo Studios), and In a State (David Nguyen). Last year she filmed her first major role in an Australian feature film, ‘The Journey’, it is set for release in early 2017. Her theatre history includes various productions; at The Malthouse, La Mama Theatre, and David Williamson Theatre. She’s also excited to be joining the cast of Blood Brothers at Brighton Theatre Company this August. In his spare time,  he loves walking      , reading, sing and can often be found at the Lemur exhibit at Melbourne Zoo. 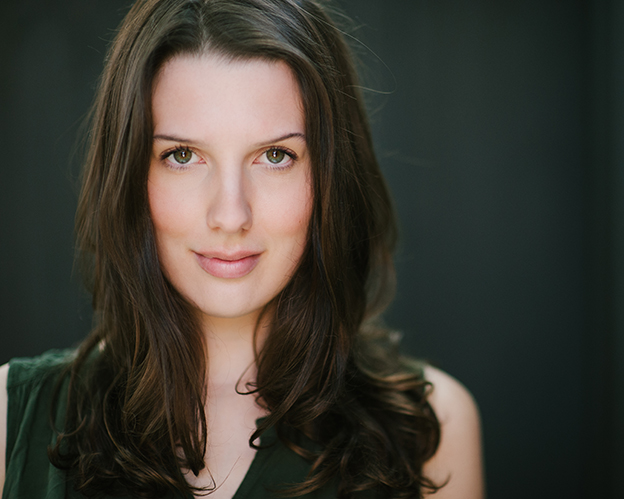 Charlotte performed regularly as a singer and actor growing up, though it was in late 2013, upon finishing a course in contemporary music at the VCA, when she began to focus her path towards acting. Since then she has performed in the Melbourne Fringe, Adelaide Fringe, Fortyfive Downstairs, La Mama, The Butterfly Club, Theatre Works, a number of commercials, corporate videos, short films, and music videos. Charlotte played the character of ‘Jess’ in ABC’s ‘It’s A Date’, and in 2015 appeared as a lead in campaigns for La Trobe’s ‘Be The Difference’ and Hyundai A-League’s ‘Let The Fans Decide’ with George Calombaris. This year Charlotte has performed in ‘The Girlie Show’ at La Mama for the Midsumma Festival, two plays for Short and Sweet Festival, new Australian play ‘Madame Bast’, ‘The Taming of the Shrew’ with Eagle’s Nest Theatre, ‘The Tragedy of Coriolanus’ at Theatre Works, as well as various screen and print projects. 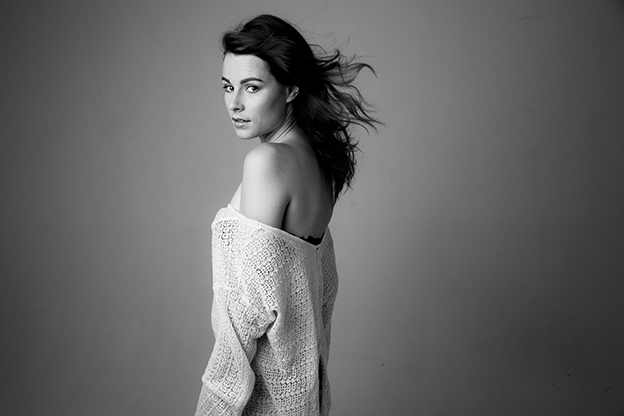 Freyja Benjamin is a Sydney-based actress, musician and artist. She graduated from Actors College of Theatre and Television with a Diploma of Arts, Stage and Screen Acting. Performing since she was a child, Freyja has extensive experience on the stage and on screen. Since 2013 she has appeared in numerous independent short films and is passionate about contributing to the local and emerging film community. Notable credits include ‘Clarity’ (2015) directed by Chris Sebastian Joys, which was screened at the 51st annual BFI’s in London presented by Helen Mirren for Giorgio Armani. She has also appeared in the December 2015 issue of Harpers Baazar, and has several short films touring international film festivals in 2016 including “Big Bad World” (2015), “Gentleman” (2015), and “Watertouch” (2014). An accomplished actress, Freyja is also passionate about filmmaking. Having made a range of amateur shorts and art films, she recently had her first experience both producing and acting in the short film “Strangers in the Night” (2016) and was acknowledged for her efforts through an article published in May 2016 via the online magazine, The Ladies Network .

Vote for who you think should be the “Most Promising Actress Of The Month” in the poll below! The winner will appear in our website and will be featured in our magazine. The poll closes on the 29th of July, 2016 at 12am AEST (Sydney, Australia time) and you are eligible to vote only once per day (after you’ve voted, 24 hours must pass after the time you voted, for you to be able to see the voting form and vote again the next day). Please note that voting is also restricted to just ONE vote per IP address. Vote NOW and make your voice heard! 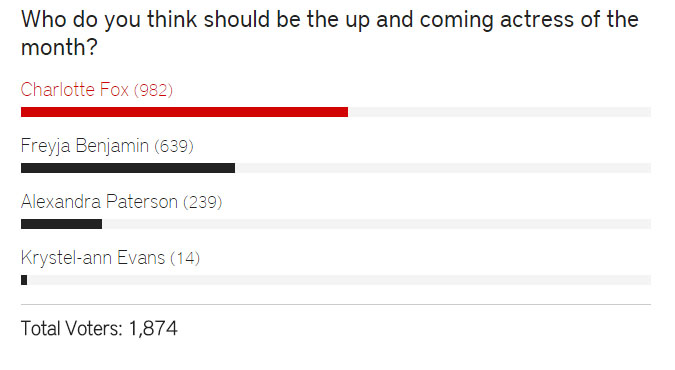