Most Promising Actresses Of The Month – May 2017 Edition

Vote now for who you think should be the Most Promising Actress Of The Month for May 2017! If you feel that you or someone you know deserves to be a featured as one of the Most Promising Actresses Of The Month then let our talent coordinator know by emailing lex@starcentralmag.com and we’ll get back to you as soon as we can! Please keep it in mind that any person who leaves negative, unpleasant and unnecessarily rude or derogatory comments will be removed and banned from this site permanently. This is not a page where you can post your rants – we will ONLY approve comments that are constructive to the nominees. Let’s just keep this voting poll fair and fun!

Rachel Dunn is a 24 year old, Sydney based actor. She’s been acting since the age of 13, having trained at many institutions worldwide. Some including full time acting at The Film & Television  Studio International and part time courses with NIDA, Screenwise, Sydney Talent Company, The American Academy of Dramatic Arts in New York and she has also taken part in two Hollywood Immersive Programs studying at Margie Haber Studios and the Beverly Hills Playhouse in LA. Rachel’s commitment and drive for the industry has seen her resume flourish having been involved with a varied calibre of work, having worked on short films, commercial work and feature films. Earlier this year she was spotted on The Today Show and recently was seen on the anticipated Tele-movie “Brock” on network Ten starring Matthew Le Nevez. Rachel is represented by McMahon Management and is currently working on building her resume for the US market. 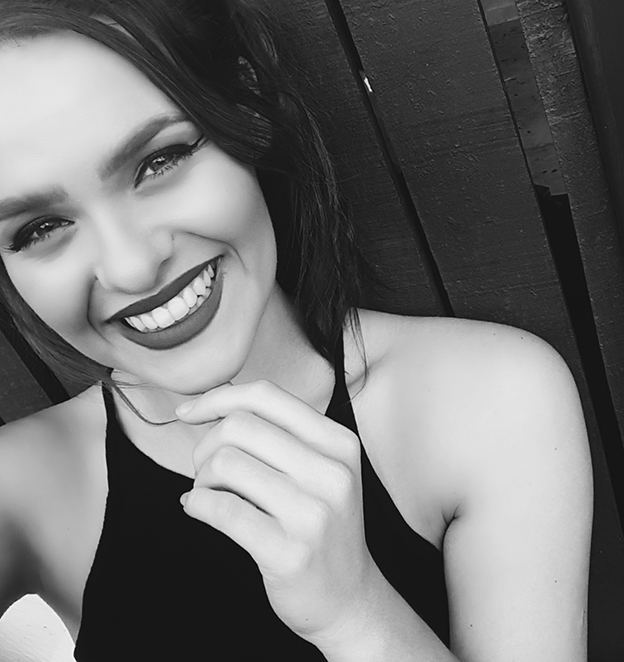 Tahlia Jade is a professional and dedicated Brisbane based actress, represented by AE Artist Management. Working predominantly in film since the completion of her Bachelor of Fine Arts (Drama) degree in 2012, Tahlia’s performance background is primarily based in theatre. Whilst her roots derive from the stage, she has gained tremendous momentum in her pursuit of screen acting which can be attributed to her unwavering commitment to her craft and career. In seamless alignment with her five-year plan, 2016 saw her work shift from short films and community productions into both independent and studio feature films with her latest role being on Marvel’s ‘Thor: Ragnarok’. Tahlia is relentlessly chasing her passion for acting with sights set on Los Angeles and Canada in 2017. 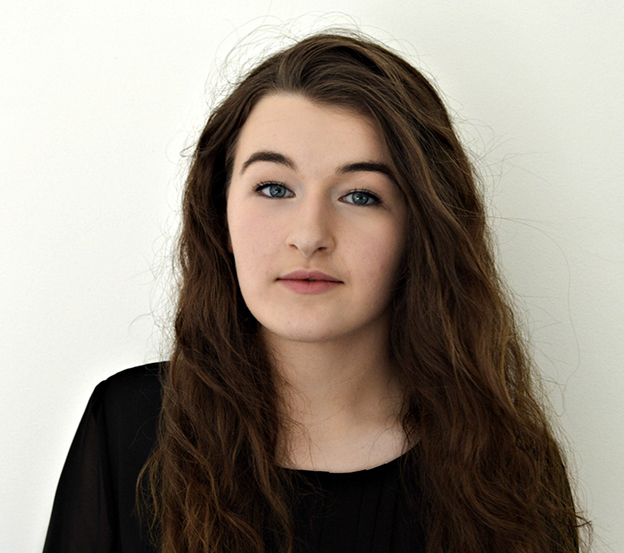 Claire Appleby is a 19 year old actress who has been performing from the young age of 5. Her 13 years training in the Australian Girls Choir fuelled her love for performing on stage and on film, being fortunate enough to perform on the Opera House stage every year and also being involved in other events such as Carols in the Domain and Hugh Jackman’s ‘Broadway to Oz’. Throughout this time she also took part in other classes and performances to strengthen her skills. After leaving school, Claire began working in Educational Theatre with a Touring Theatre Company, where she spent the year touring Australia performing four different shows. Claire has experience in Theatre, Musical, Theatre in Education, Music Video, and Short Films such as How To Get Thick Skin, The Volunteer, Decisions and White Hat. Along with her Singing, Dancing and Musical abilities, Claire wishes to study a Bachelor of Acting/Musical Theatre and take her passion to the next level. 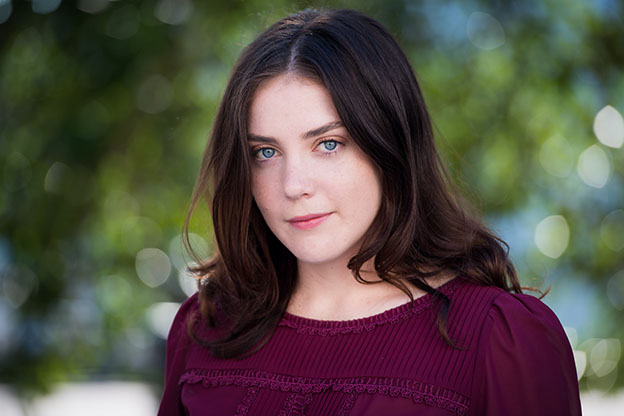 Isabel Dickson is a Sydney-based actress represented by Ignite Elite Artists and Ace Public Relations. She graduated with a Diploma of Screen Acting from Screenwise late 2015, and has since starred in the feature film Ravenswood which is due for US and Canadian release in 2017. Other recent screen credits include Janet King Season 3 and Fragmentary feature film. Recent stage credits include the leads in Flame Trees (The Depot Theatre), Sister Cities (Factory Space Theatre Co), Mexican Standoff (The Depot Theatre), The Search (Director, The Depot Theatre), The Laramie Project (Director, BUDS) and Blue Moon (FAST Festival). Isabel received the highest grade in the State for her Associate Diploma in Performing (Speech and Drama) from Trinity Guildhall London. She continues to work hard to further her career in Australia and internationally. Isabel is also a self-proclaimed bookworm, and holds a Bachelor of Communication (Public Relations) from Bond University.

Vote for who you think should be the “Most Promising Actress Of The Month” in the poll below! The winner will appear in our website and will be featured in our magazine. The poll closes on the 31st of May, 2017 at 12am AEST (Sydney, Australia time) and you are eligible to vote only once per day (after you’ve voted, 24 hours must pass after the time you voted, for you to be able to see the voting form and vote again the next day). Please note that voting is also restricted to just ONE vote per IP address. Vote NOW and make your voice heard! 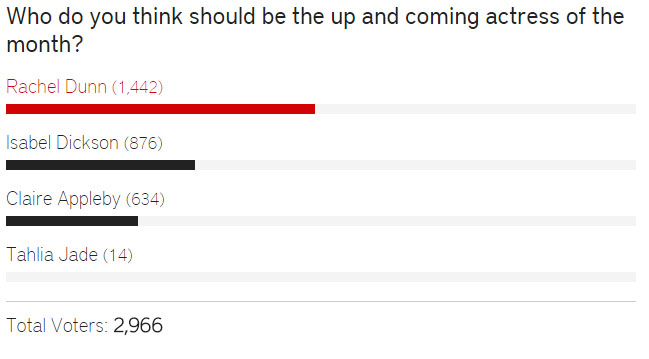