Alex Hirschi aka ‘Supercar Blondie’ reviews the world’s most expensive cars for a living and she gets paid pretty damn well for doing so.

According to the Daily Mail, Alex was originally a journalist who hails from Boonah, Queensland in Australia. She decided to quit her job as a radio host to review luxury supercars on Instagram instead. This move turned out to be a really good decision on her end because now she happens to be the most successful ‘carfluencer’ in the world with an estimated income of $2million a year as per comparison site Gocompare!

Hirschi’s Instagram following is currently sitting at a whopping 6.3million which gives her the authority to command $45k plus (AUD) per post according to Daily Mail.

Her Instagram account is filled with photos of her posing beside some of the most luxurious cars on the planet from Aston Martins to Ferraris to Paganis and more. Check out some of her photos below courtesy of Alex Hirschi’s Instagram: 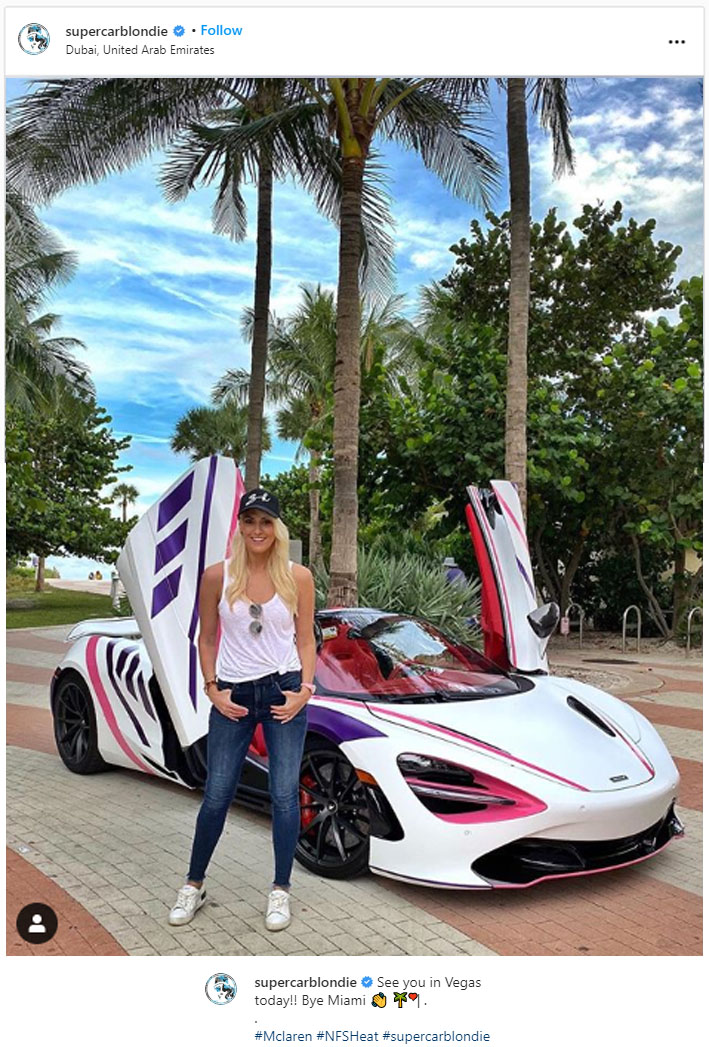 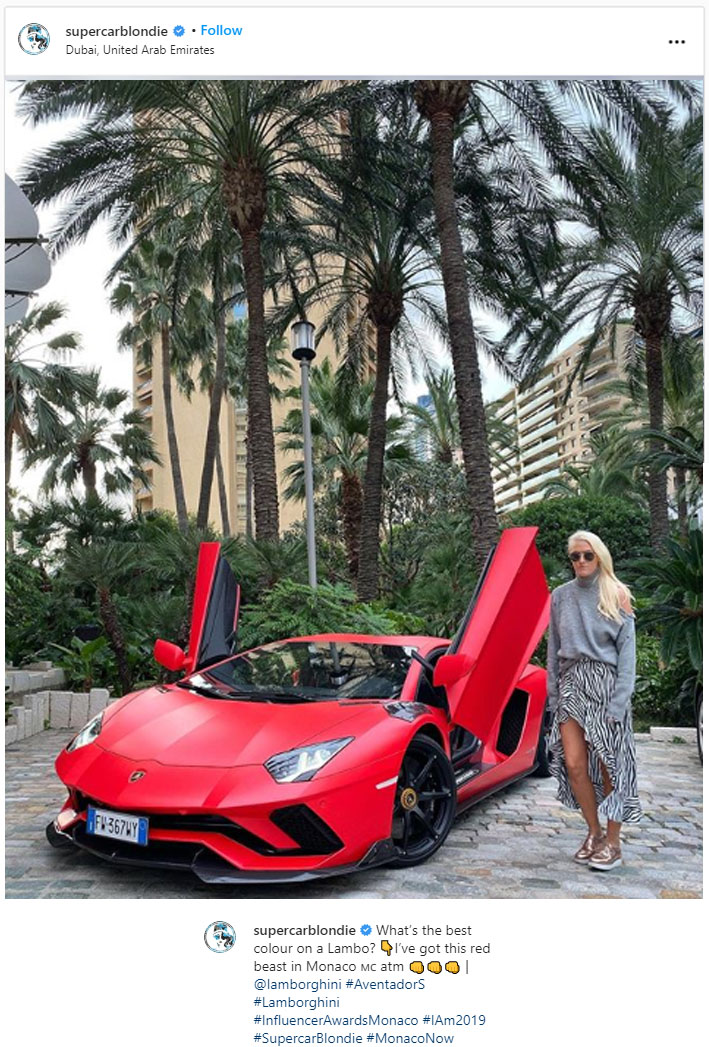 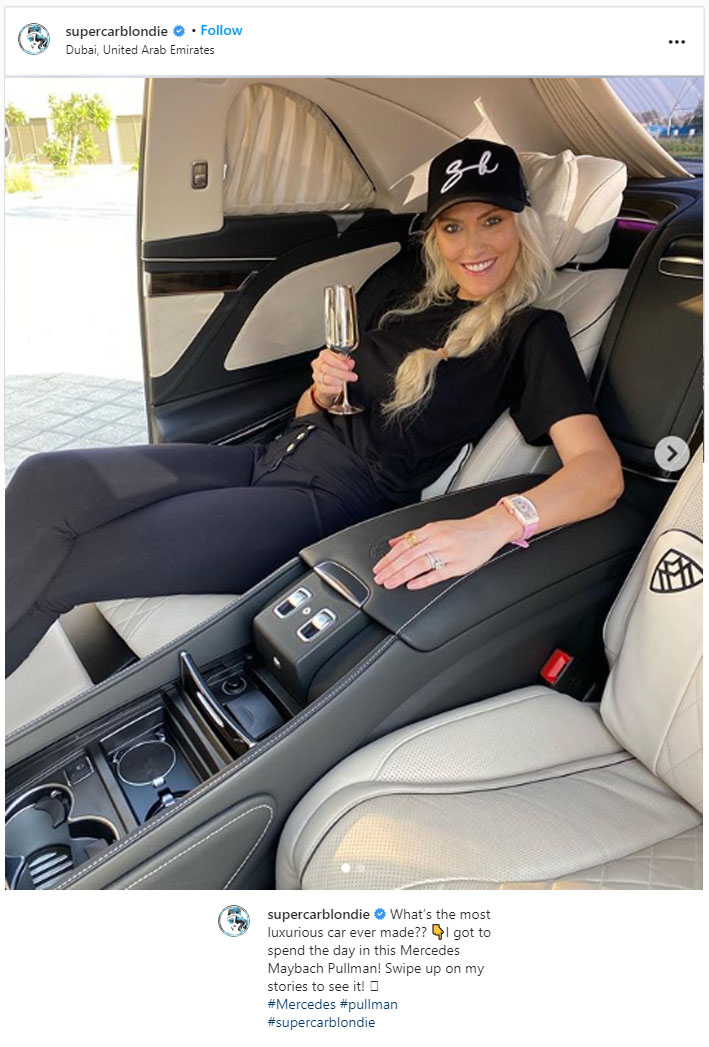