It’s Official: Mike Tyson Is Taking On Roy Jones Jr In A Comeback Fight For September 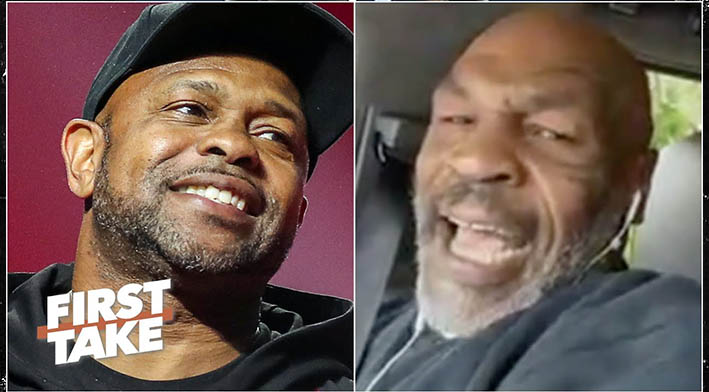 Mike Tyson was puffing away on a joint when he finally signed his contract to fight Roy Jones Jr. and we’re pumped to see these 2 legends clash inside the boxing ring!

Both Mike and Roy were actually all smiles when they officially signed on the dotted line last month via a Zoom call.

According to TMZ, Mike is not expecting to get rich from the fight because his cut is going straight to charity, he said: “I’m not getting anything.” Tyson further said that his mission in life isn’t to get wealthier, rather, it’s to help people in need, and he feels that going to this fight is the best way for him to make an impact.

Roy, on the other hand, told TMZ his contract is actually structured, and that he has the potential to make more than $10 Million for the fight, as long as the Pay Per View numbers are solid. We can’t wait for these 2 titans to meet each other in the ring!

Check out the video below courtesy of ESPN (Screenshot from ESPN):