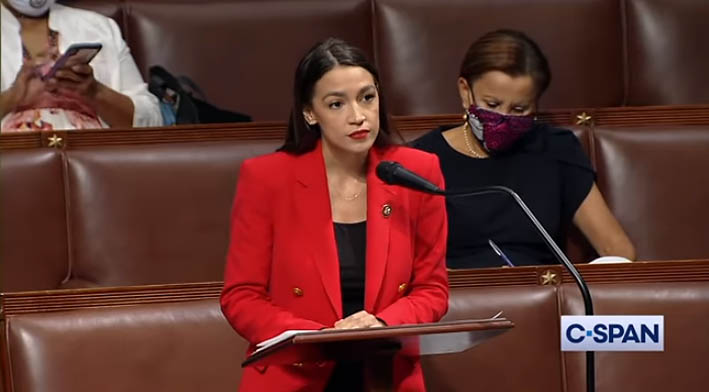 According to Vox News, Rep. Ted Yoho apparently called Ocasio-Cortez “crazy,” “disgusting,” and “out of [her] freaking mind” during a policy disagreement at the US Capitol on Tuesday. After she left, he also even said she was a “f*cking b*tch.”

On Wednesday (22nd July), Yoho offered an apology to Rep. Alexandria Ocasio-Cortez regarding his behaviour. He said, “having been married for 45 years with two daughters, I’m very cognizant of my language… The offensive name-calling words attributed to me by the press were never spoken to my colleagues and if they were construed that way, I apologize for their misunderstanding.”

Ocasio-Cortez slammed Yoho’s use of the “father of daughters” excuse though. Here’s what she said:

“I will not stay up late at night waiting for an apology from a man who has no remorse over calling women and using abusive language towards women,” she said in the floor speech on Thursday. “But what I do have issue with is using women — wives and daughters — as shields and excuses for poor behavior.”

“Mr. Yoho was not alone. He was walking shoulder to shoulder with Representative Roger Williams. And that’s when we start to see that this issue is not about one incident. It is cultural. It is a culture of a lack of impunity, of acceptance of violence, and violent language against women, an entire structure of power that supports that.

“Mr. Yoho mentioned that he has a wife and two daughters. I am two years younger than Mr. Yoho’s youngest daughter. I am someone’s daughter too. Now, what I am here to say is that this harm that Mr. Yoho levied, tried to levy against me, was not just an incident directed at me, but when you do that to any woman, what Mr. Yoho did was give permission to other men to do that to his daughters.”

Scroll down below to see her entire speech via C-Span (Screenshot from C-Span):