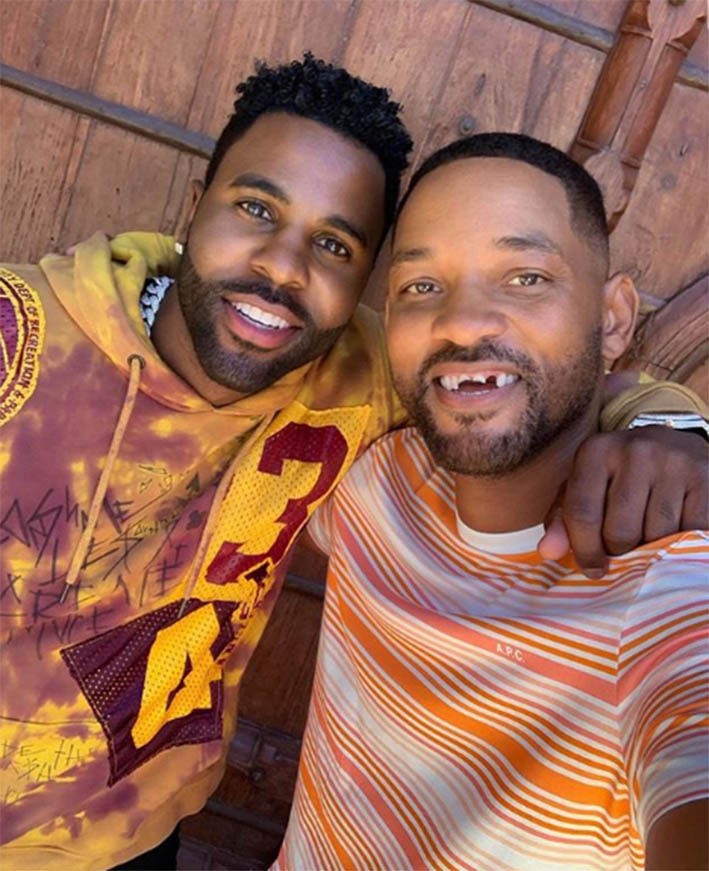 It looks like Jason Derulo might not EVER be invited back to Will Smith’s house after a golf lesson between Will Smith and Jason Derulo went horribly wrong.

Just recently both celebrities posted videos on social media that showed Smith helping Derulo on his golf swing. Smith can be seen setting up the camera during the golf lesson before walking over to Derulo to give him some tips on his golf swing.

“Set it up. We’re going to get your swing right. Set it up right to the ball,” Smith told Derulo. “Bend your knees a little bit.”

As Derulo prepared to take a swing at the golf ball, Smith told him not to swing yet because he wasn’t finished setting up. But it was too late already though as Derulo was already in the process of swinging the golf club! Derulo appeared to smack Smith square in the mouth, knocking out his two front teeth.

Smith then revealed his chipped teeth to the camera as he groaned in pain. “Put some ice on that,” Derulo quipped, before trying to leave the scene, but Smith stopped him on his tracks.

“It’s my turn,” he yelled to Derulo. Smith then took a swing and hit Derulo between his legs!

Check out their exchange below (screenshot from Jason Derulo’s Instagram).

And we never saw @jasonderulo again