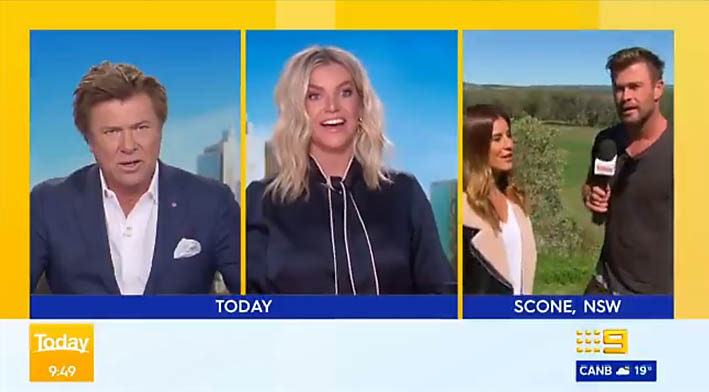 Weekend Today hosts Rebecca Maddern and Richard Wilkins got the shock of a lifetime when the God of Thunder himself aka Chris Hemsworth crashed the morning’s weather report.

After the two hosts passed the camera to reporter Lauren Phillips who was reporting the weather live from a field in Scone, NSW – within minutes, a random hunk somehow ended up in the background, and lo and behold its none other than A-List Hollywood star Chris Hemsworth!

We get some help with weekend weather from the God of Thunder himself, Chris Hemsworth! #9Today pic.twitter.com/YsfCxADIiD