Meet Michael Holston A.k.a. “The Real Tarzann:” The Animal Educator/Conservationist Who’s Taking The Internet By Storm! 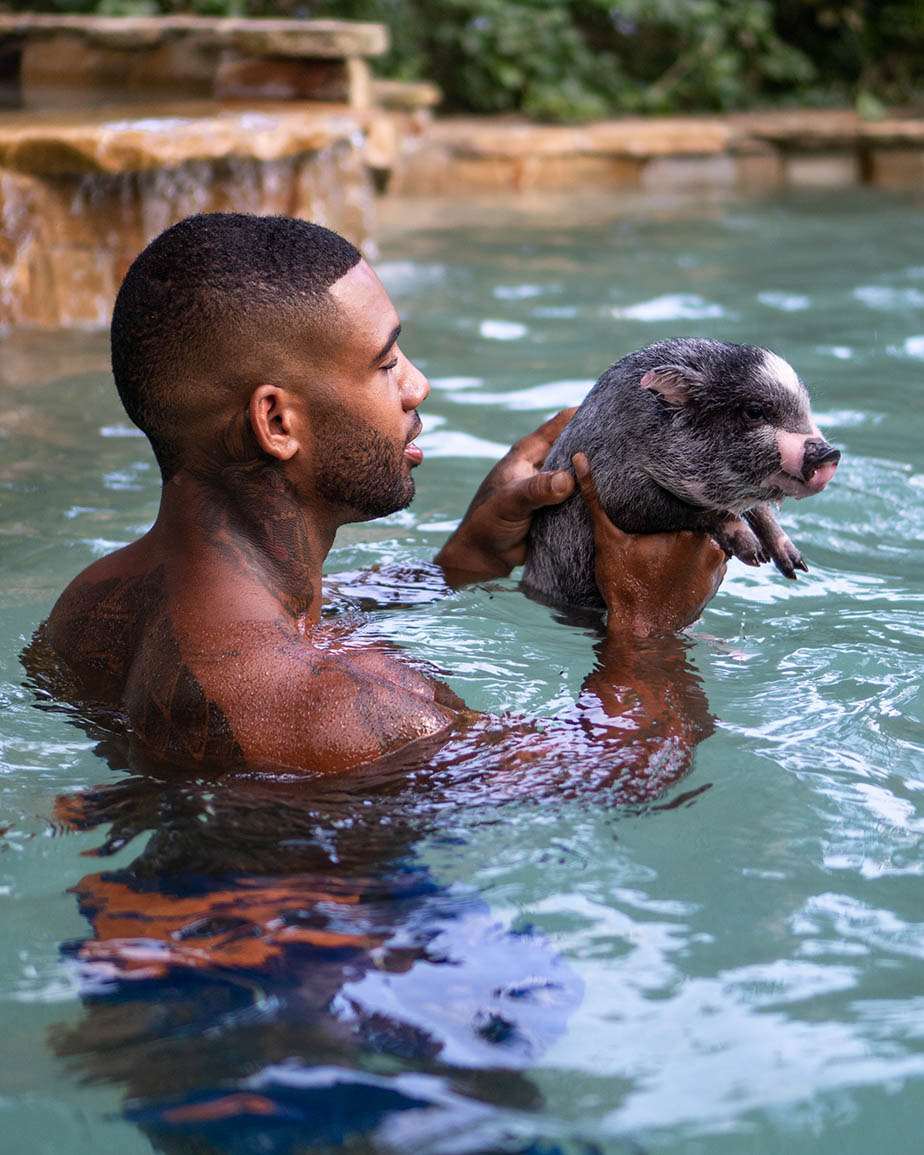 The internet knows Michael Holston, a.k.a. The Real Tarzann, as the man behind viral Instagram photos and YouTube videos. The animal educator/conservationist/handler has carved out his section of the internet by filming videos during his journeys to different parts of the world. He enjoys observing animals in their natural habitat and educating along the way.

How has he grown his following? It is a combination of a big personality, finding new and exciting animals rarely seen online, and developing relationships with celebrities who share a passion for animals. What started as a hobby has now turned into a full-time job as an online personality.

It is easy for some influencers to lose focus and change for the worst with all that attention. This change has happened fairly frequently as people experience the highs and lows of growing. Newfound fame can go to any one’s head, especially when so much comes so quickly. For Michael Holston, fame has inspired him to focus on service projects and creative ways to give back to different parts of the world. With so much need in the animal world, he draws inspiration from locals no matter where he visits. From there, he crafts ideas that can help as much as possible, even if he is not physically there.

Holston’s job allows him to travel the world and see animals virtually anywhere. Whether it is in the middle of Bora-Bora or Australia, he insists on meeting with local experts to do everything as safely as possible. Without proper education beforehand, Holston puts the animals and himself at risk. Cameras do not always capture this part, but Holston always takes his time to educate himself before digging in.

During this time, he also creates a great relationship with locals who deal with these animals regularly. In some instances, they are running non-profit organizations or putting together service projects locally. Holston tries to give back when he can, but he also uses his platform to spread the word for locals interested in lending a hand.

With millions and millions of followers across all the different platforms, Holston has fans in every corner of the globe. Simply sharing information can help bring specific service projects together quickly and efficiently. Raising awareness for the service projects in local areas helps meet goals and see positive change.

While Holston would love to help out every organization linked to animals, he usually sticks with helping those he has some sort of connection to previously. This way, he knows that the money is going to something worth it, the effort is in the right place, and there is a chance to see meaningful results. Not all charities are honest, and the internet is full of scams that may or may not be worth investing time into.

Local clean up in South Florida

One of the most beautiful places in the United States to spot animals in their natural habitat is South Florida. It also happens to be the home of Michael Holston, a.k.a. The Real Tarzann, which means there is a soft spot for keeping the area as clean as possible. One way to do that is to keep the beach clean, and he has been a big part of cleaning up South Beach in the last couple of years during spring break.

Initially, Holston discovered the idea from a teenager who received recognition for cleaning up while everyone else was partying during spring break. When Holston realized what he was doing, he was eager to contact the teenager and make it a more significant event by bringing more people to join in as well. The teenager was very excited to have someone with Holston’s influence help spread the word, and it evolved into something much bigger and meaningful.

In a short amount of time, Holston became the local cleanup project leader working to keep the area as beautiful as possible. Not only were locals joining in, but other spring break visitors were willing to lend a helping hand as well. He was able to convince some celebrities to join in on the action, and the first cleanup Holston helped to put together was a huge success.

Since then, he has planned other events for South Beach and other beaches in the South Florida area. He hopes to expand these opportunities even more in the future and inspire others to do the same for their cities. With a huge platform to easily spread the word, there is no doubt that hundreds, if not thousands of people will be willing to attend events like this at no charge. For those unable to attend, there is also an opportunity to donate to help with any costs associated with major cleanup and restoration projects. 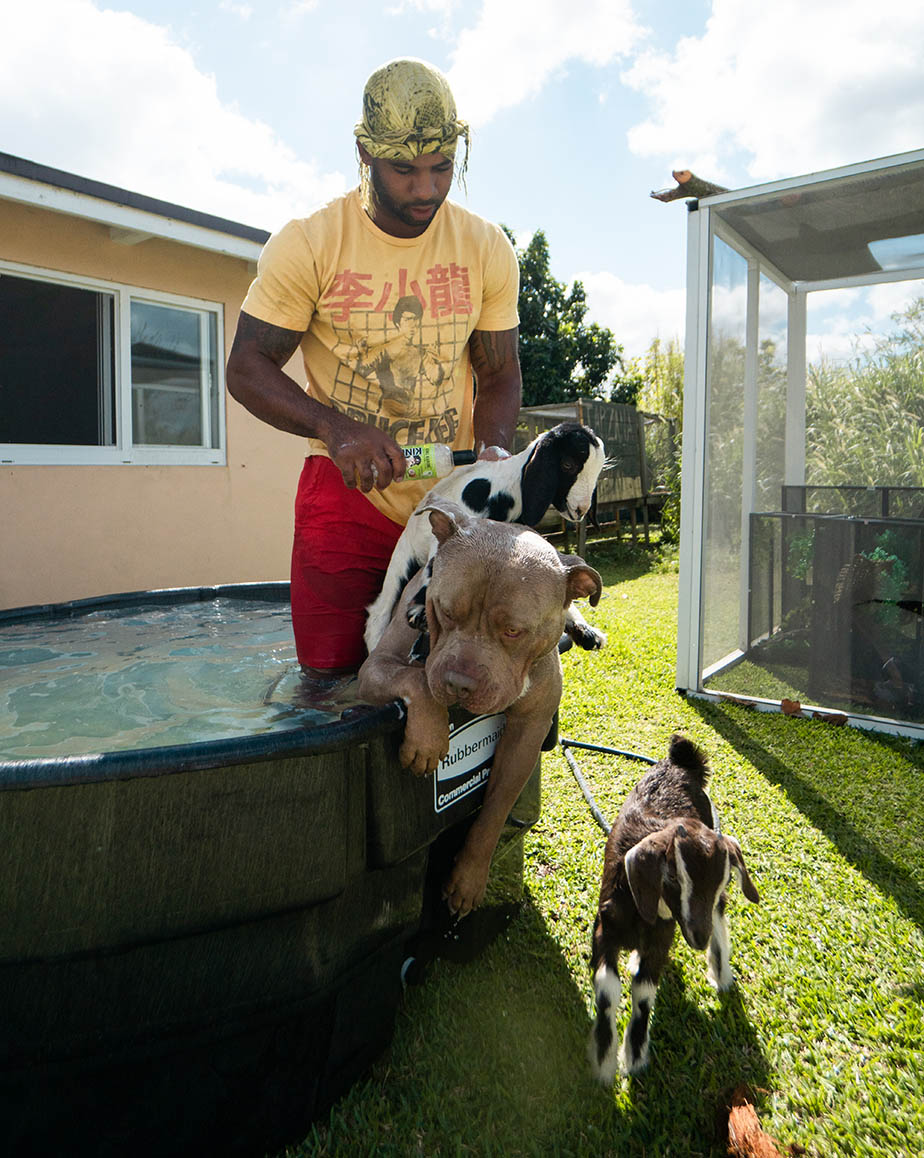 As he continues to grow professionally, one of Holston’s biggest aspirations is to get more involved with building schools and strengthening animal education. This project not only aims to serve the community but inspire a whole new generation to chase their dreams. Holston got to where he is in a more untraditional way, but he understands that education plays a massive role in the vast majority of disciplines.

Some of the most beautiful and exotic animals in the world live in areas that need assistance. Building schools and improving education in those areas can open up new and exciting opportunities for the next generation. Raising money for these communities is a huge focus of Holston, and he generally wants to make an impact on every city he has had a chance to visit.

Can Holston reach these lofty goals?

A look at some of these current and future service goals might seem a bit too lofty for some, but this is a man who evolved into a celebrity starting from very humble beginnings. He has built a big brand that makes him one of the most recognizable in his field, and he seems to be growing every month. More people than ever before are tuning in to his social media posts, and the production value and overall budget are at an all-time high.

Michael Holston understands that some of his goals will take time, but he wants to make the most of the platform he has. Instead of only focusing on building his brand and looking for ways to monetize as much as possible, he wants to have a more significant impact on the world. That means raising money for those who need it most, protecting the animals at all costs, and providing high-end education opportunities for all.

On top of all those goals, he also feels like it all starts with his content. Inspiring a new generation by making animal education and conservation fun and exciting is a huge priority. Bringing in celebrities from time to time and visiting exotic locations will also attract attention and new followers. It is all creative ways for The Real Tarzann to improve the world and have a lasting impact instead of being a flash in the pan as an online influencer.