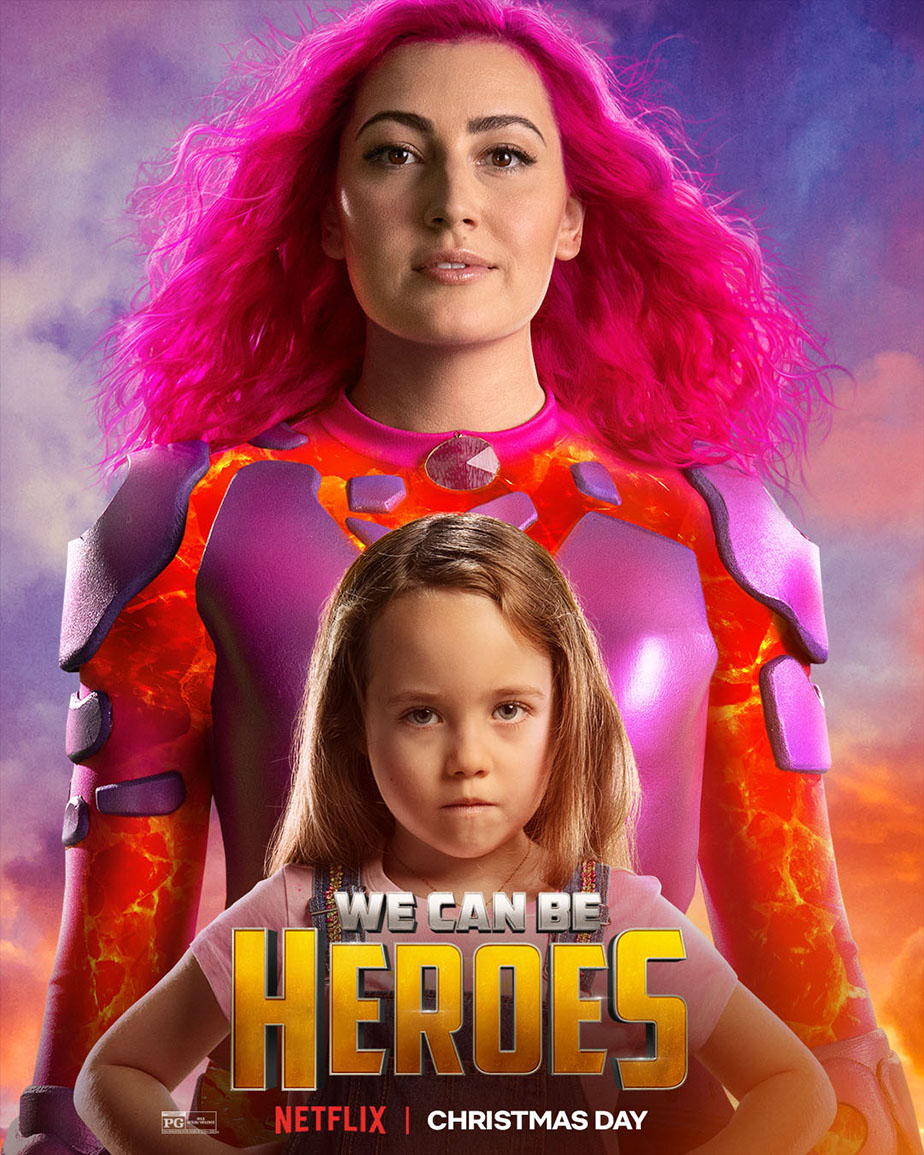 After taking time off from the industry to further her education and start a family, actor Taylor Dooley makes her triumphant return as the iconic ‘Lava Girl’ in the new Netflix film WE CAN BE HEROES, opposite Priyanka Chopra Jonas, Christian Slater, and Pedro Pascal.

Set in the world of SPY KIDS as well as THE ADVENTURES OF SHARK BOY AND LAVA GIRL, when alien invaders kidnap Earth’s mightiest superheroes, their super-powered kids are whisked away to a government safe house. In order to save their parents, the kids will have to work together by using their individual powers – from elasticity to time control to predicting the future – and form an out-of-this-world team. Full of action and heart, WE CAN BE HEROES is directed by Robert Rodriguez (SPY KIDS, THE ADVENTURES OF SHARKBOY AND LAVAGIRL) and also stars Boyd Holbrook, Christian Slater, Pedro Pascal, Priyanka Chopra Jonas, Chris McDonald, and Adriana Barraza, to name a few.

Born and raised right outside of Detroit, MI for the majority of her young life, Taylor Dooley found her love for the arts and entertainment at a young age. Once she and her family moved to Arizona, Taylor began modeling and eventually began looking for agents and managers to pursue acting. The first time she auditioned for a role was for THE ADVENTURES OF SHARK BOY AND LAVA GIRL. After landing the role and solidifying herself as a child star on the rise, Taylor worked on a few independent film titles before deciding to take a break from the industry to further her education. She would go on to attend Cal State Northridge (CSUN) where she would meet her now-husband. Still, on a hiatus from the industry, Taylor and her husband decided to start a family and now have two children.

When Taylor is not busy in front of the camera or helping take care of her family, she likes to spend any free time she has working out through various exercise regimens. Taylor also loves cooking and maintaining a healthy balanced diet. Taylor also likes to give and donate her time to the Lollipop Theatre Network, an organization that helps bring the biggest blockbuster films to children and their families who are too sick and unable to enjoy the magic and momentary escape in a theatre. Taylor has also aligned herself and donates her time to working with Operation Underground, a non-profit organization founded by Tum Ballard and Mark Stott which assists governments around the world in the rescue of human trafficking and sex trafficking victims, with a special focus on children.

StarCentral Magazine recently caught up with Taylor and here’s what went down:

I had first started modeling when I was younger and through that happened upon an acting class. I absolutely fell in love. I came home and told my parents that was what I wanted to do. After joining a local theater company and taking a few classes, I was blessed to find an agent who got me out for commercials and films/tv. Sharkboy and Lavagirl were one of my first theatrical auditions and I was incredibly blessed to have booked it. 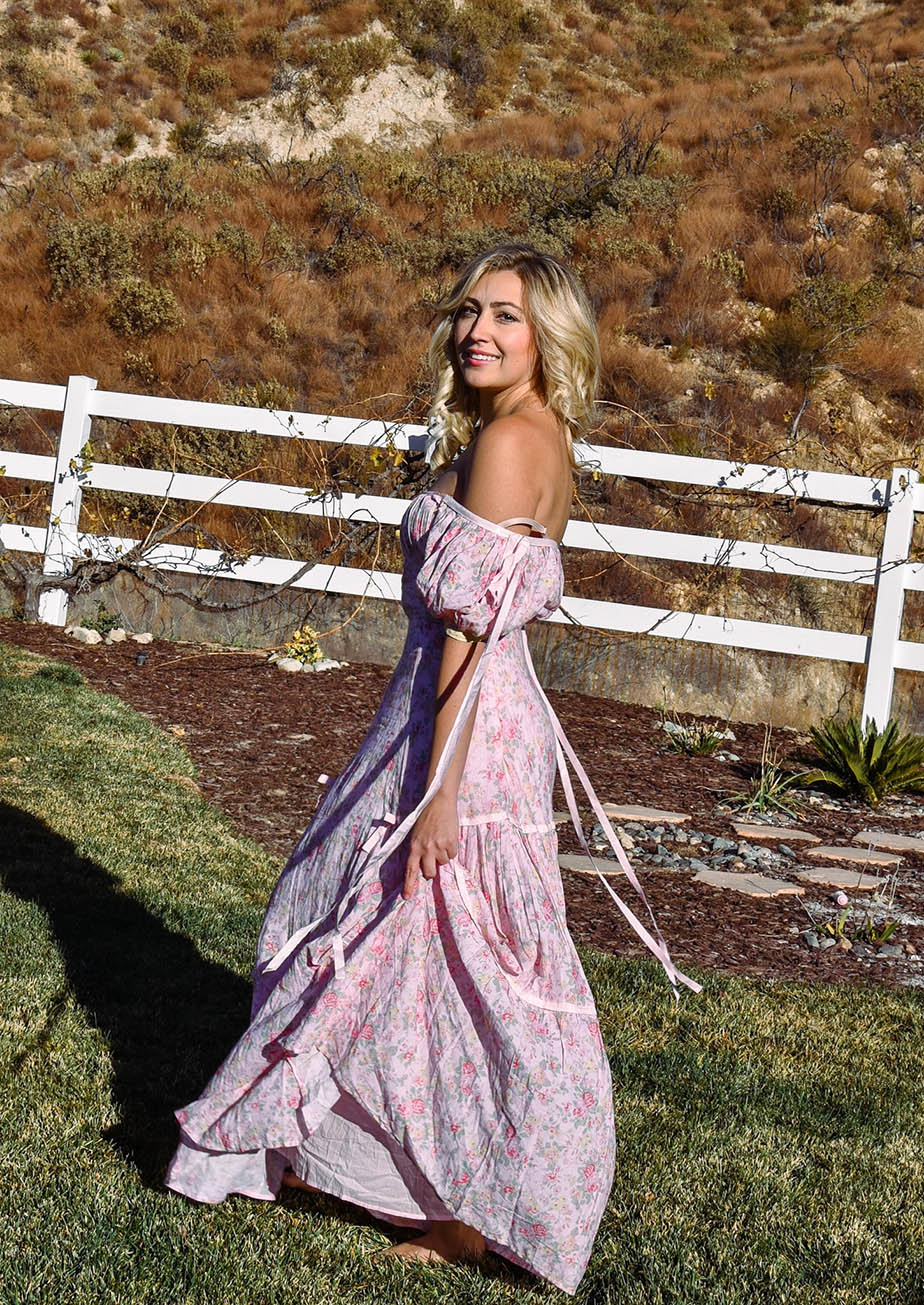 I love exploring people and their stories. I am such an empath by nature and the thing that has always fascinated me about acting is people and what drives them, what lives inside of all of us, the weight we all carry, the stories we uniquely have lived. It is endlessly entertaining for me to dive into people.

Can you tell us about your role in Lava girl?

I absolutely love Lavagirl and she has such a special part of my heart. Even from when I first brought her to life in 2005, she was a kid, but she so deeply felt things and questioned who she was only to find out that she is light. Now she is back as an adult and we get to find all the aspects we love about her again. She is protective of those she loves and tries to mother everyone just as she did when she was younger.

I think there is a little something for everyone to relate to with Lavagirl. She is someone a lot of people have grown up with so it’s like seeing an old friend after all these years.

Lavagirl has always been so much like me. I truly have always felt such a deep connection between her and me. She was always a protective mama bear figure over those she cares about and she remains that way now with her own daughter, her husband, and her team. I have always been a natural mama bear to my friends and family. We both are also empaths and care about people with our entire hearts!

Oh, that’s a great question. It would be so cool to see Vivian step up and play a version of Lavagirl, she does play her daughter after all.

All of the kids are phenomenal. You fall in love with each and every one of them and it completely surprises you. Yaya is amazing from the moment you first see her and Vivian is a little scene-stealer. The kids absolutely kill it. It is also so fun to spot the bigger actors on the Heroics team. I loved being able to work with Pedro, Boyd, Christian, and Sung. Their characters are all so so entertaining!

The Lava suit! It was big, heavy, and clunky the first time around, so the wonderful costume department had wanted to make it a little easier to maneuver for me. It was still a little hard to sit in, but it was so much lighter this time around. And they were sweet enough to make the suit into a top and bottom, so I could leave the bottoms off to maneuver around a lot easier when I wasn’t in a scene.

Oh, I would have loved to have been Priyanka’s Ms. Granada. Her character has some fun twists and turns that would be so fun to play. Plus, I’ve always wanted to explore playing a bit of a villain. 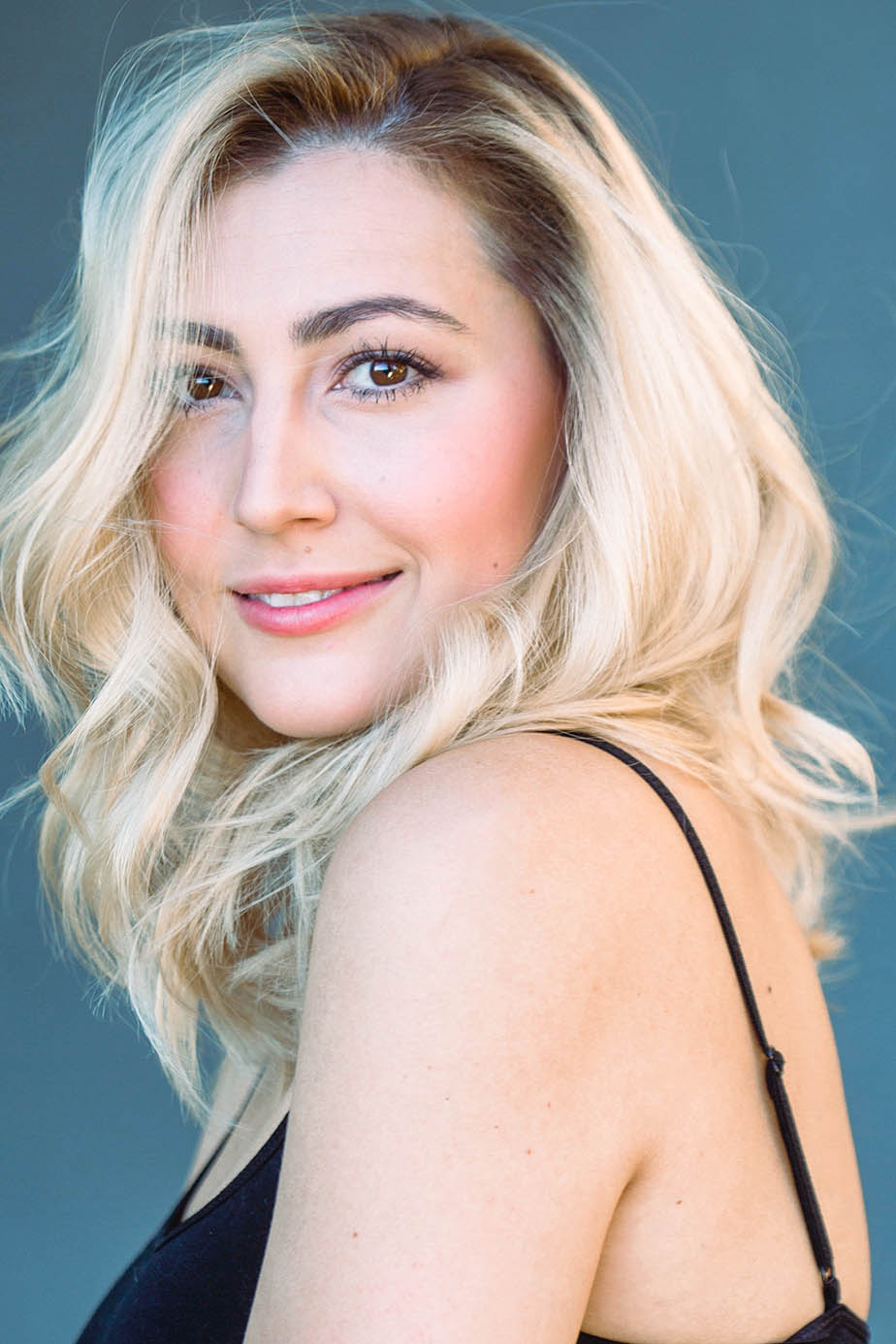 Gosh, getting the call to bring Lavagirl back after 15 years was such a surprise and one of the most memorable things. I just remember crying when I got off of FaceTime with Robert because I felt so incredibly blessed to bring Lavagirl back to life. She is a character people have always gravitated toward and loved, so it felt incredibly special to come back and do it again with so many of the same people involved!

Working and meeting Pedro was a lot of fun. I was a huge Narcos fan prior to filming so getting to know both him and Boyd was a lot of fun. We had a lot of laughs on set in between takes (and sometimes in takes). I am also a huge fan of Christian Slater and have been for some time now so it was amazing to watch him work and get to know him!

I feel so blessed to have created a wonderful little bubble of amazing people on Instagram. It has been so so fun to connect and get to know so many fans. I am very active on Instagram and Twitter!

Well, after working in the business as a child actor, I decided to take some time off to go to college and start my family. It was such a beautiful full-circle moment to have the Lavagirl come back after all these years because, in a way, she has helped start my career twice now. Acting is my number one passion and I am so happy to be back doing what I love. I plan to be here to stay and I can’t wait to see what future projects I’ll get to work on. I also hope to help give back and start a charity to help homeless people and victims of sex trafficking.

Last good movie I’ve seen: We Can Be Heroes, not joking, my kids are obsessed.

What do you consider beautiful and why? Smiles and laughter. To see someone in pure joy is just the most gorgeous thing to me.

What haven’t you done yet that you wish you could? Oh, so many things. Climb a mountain, like a big one. Finally, finish writing a script. Open a charity, I am super passionate about helping people and giving back. Travel the world.

Complete this sentence: “If I had no fear, I’d…” Go sky diving! I have such a fear of heights, I would love to push myself to break that fear!

What is the one “flaw” you wouldn’t change about yourself? I’ve been told that I am too giving and too trusting of people I just met. I meet someone and I instantly treat them like my best friend and would give someone the shirt off my back. Even though it has bitten me in the butt before, let’s be honest more times than not, I wouldn’t change it. It’s seen as a flaw, but I love that I choose to see the best in people, even those I have just met.