One On One With Emmy-Nominated Actress, Jodi Long 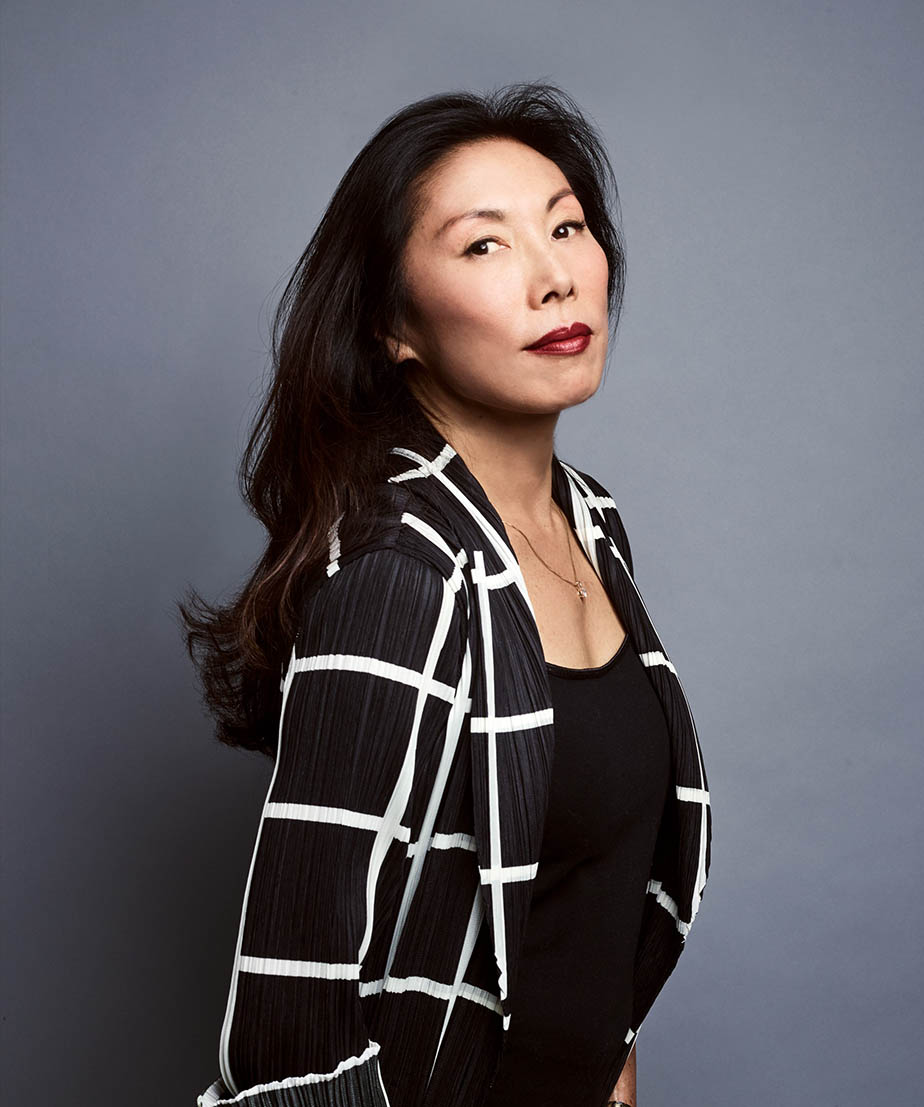 Film, television, and stage veteran Jodi Long, best known for her roles in “Sex & the City,” “Sullivan & Son,” and THE HOT CHICK was nominated for her first Emmy last week for “Outstanding Supporting Actress” on behalf of her role as the bold and fabulous “Mrs. Basil E” on Netflix’s “Dash & Lily.” She is Lily’s stylish and extravagant great-aunt who offers wisdom and pushes them to enjoy life! She is also the glue that ties Dash and Lily together. Interesting fact: Her character is an homage to the eccentric character from the novel “From the Mixed-Up Files of Mrs. Basil E. Frankweiler.” She is the mentor and best friend we wish we all had and were! Dash & Lily was nominated for a total of 6 Daytime Emmy© Awards including a nod for “Outstanding Young Adult Series.”

Although best known for her roles as the power lesbian ‘Patty’ in HBO’s “Sex and the City” and her role as the Korean mother in THE HOT CHICK (“Ling Ling! You forgot your bling bling!), Long has been working consistently in Hollywood for decades following her roles in hit TV series “Café American,” “All-American Girl” and “Miss Match.” She starred on Vince Vaughn’s TBS sitcom “Sullivan & Son” playing ‘Ok Cha,’ the ever-amusing Korean immigrant mother of ‘Steve’ played by comedian Steve Byrne. Long’s extensive list of TV and film credits also include “Franklin & Bash,” “Desperate Housewives,” and BEGINNERS alongside Ewan McGregor and Christopher Plummer. Not only limited to acting, Long is also a talented filmmaker creating an award-winning documentary LONG STORY SHORT, her personal family story which tells the tale of her Chinese-Aussie tap dancer father and Japanese-American showgirl mother (‘Larrie & Trudie’) who became a popular husband-and-wife nightclub act in America in the ’40s and ’50s even landing a performance on the Ed Sullivan Show.

Born and raised in Queens, Long graduated from the High School for Performing Arts in New York and graduated with a BFA from the acting conservatory at SUNY Purchase. Long’s love for acting came from traveling with her vaudevillian parents and growing up backstage which eventually led her to star in her first Broadway show at just 7 years old in Sidney Lumet’s NOWHERE TO GO BUT UP. After an illustrious theater career in several Broadway and off-Broadway productions, Long would eventually win an Ovation Award for the 2002 revival of Rodgers and Hammerstein’s FLOWER DRUM SONG (her father starred in the original production in 1958). She also starred in Frances Ya-Chu Cowhig’s theater production of THE WORLD OF EXTREME HAPPINESS which ran in both Chicago and New York last year.

StarCentral Magazine recently caught up with Jodi to discuss her journey in the entertainment industry and here’s what went down:

I was born and raised in NYC to parents who were vaudevillians and later nightclub entertainers. I did the first of 5 Broadway shows at the age of 7, singing and dancing in NOWHERE TO GO BUT UP directed by Sidney Lumet. 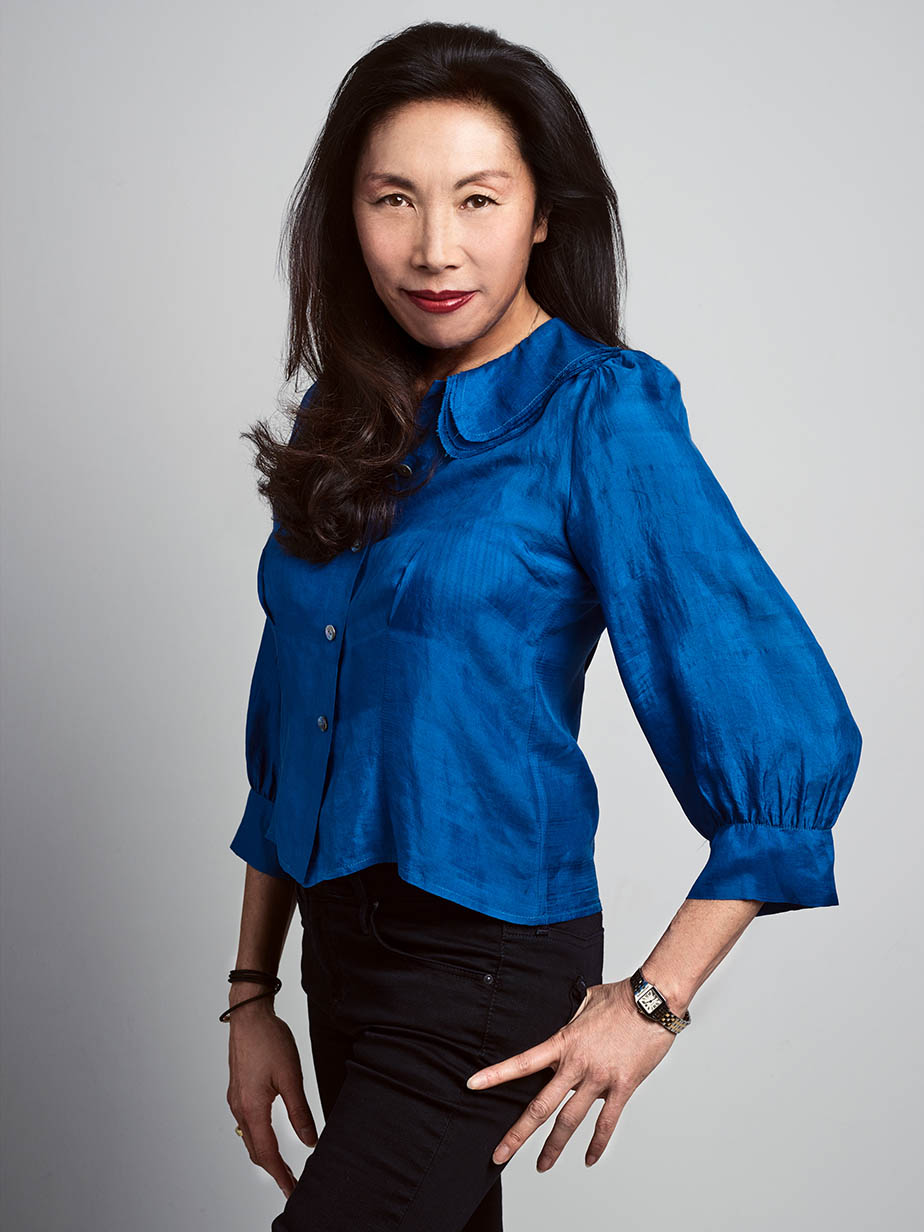 The ability to shed some light on a character and if the writing is good, ultimately the human condition. Besides, it’s FUN!

There is really no difference between working in front of a camera for a movie and TV series except the time you get to do a scene. With a TV series, if you are lucky enough to get more than one season, you and the writers have more time to understand and develop a character which usually yields you a bigger arc.

I don’t feel I have any weak points! The most important thing for an actor is to be in the moment of a scene and take it a moment to moment.

I guess you would classify me as a character actor. I like to challenge and stretch myself as an actor and subsequently have a large range. I am also not afraid of taking chances as I explore a scene. 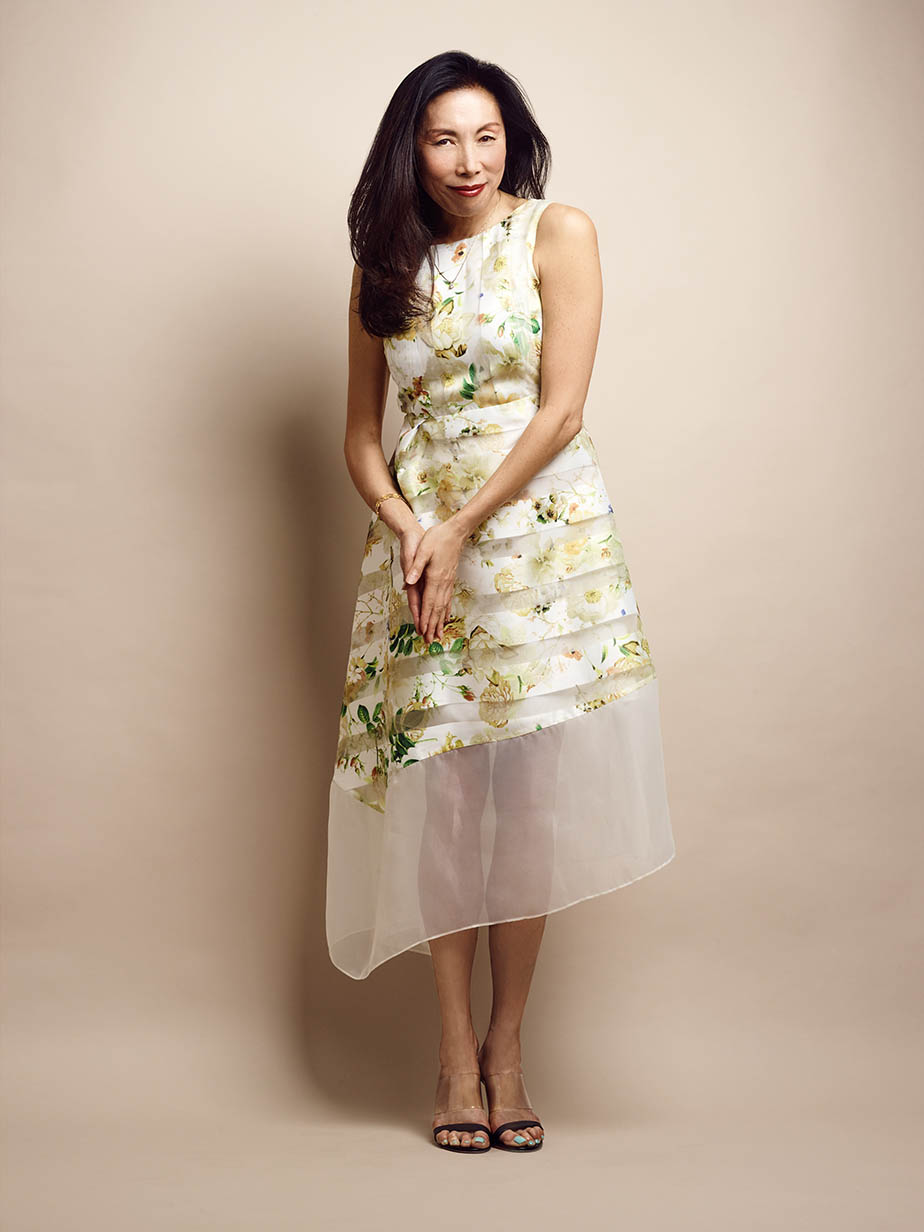 The good ones trust you. The bad ones will try to micromanage you if you let them.

It’s exhilarating but a bit surreal. Gratifying that a group of my Television Academy peers recognized my work. I wasn’t thinking about it at all, so it came as a complete surprise. The best kind there is!

The hardest part is sometimes you can be on a great work roll and sometimes it’s slow. You never really know why but that’s when it’s important to keep your center and be creative anyway. As an Asian American woman actor, the most difficult part at the beginning of my career was to be cast in parts that weren’t specifically Asian. In those days, Asian written parts were few and far between. But I was and still am determined to change things for more inclusive casting. My part as Mrs. Basil E in Netflix’s DASH AND LILY, for which I am Emmy nominated, was originally played by Ingrid Bergman (in the movie version) and then by Lauren Bacall (in the tv movie). It’s been a long time coming but now that’s progress.

It really depends on the script and the role because each has its own challenges. Some require research into a character or a way of life and some just learning lots of lines!

If you mean on a set, I am not a person who can read a book! Some actors like to retreat into a book. I have to stay focused on the world and character I am inhabiting. I can read a magazine or check email, but nothing too involving as I like to stay focused. When I am not working, I do a lot of yoga, garden, and do Tai Chi.

I think an Emmy nomination for Best Supporting Actress is pretty memorable! 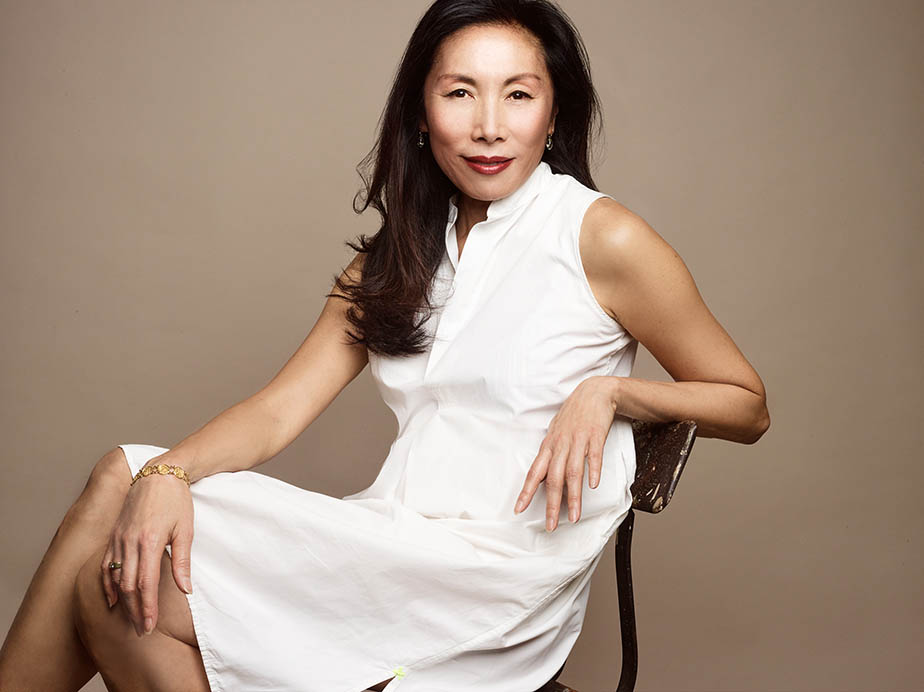 The most interesting people I’ve met have all been artists and creative types. Why? Because most of the ones I know are critical thinkers and I enjoy hearing different points of view and how they manifest within their creative process. Don’t get me wrong, business-minded folks can be very creative thinkers too.

Hahaha, we’ll leave that up to the casting director!

I have a movie coming out at the beginning of September, although I can’t say what. And I have a one-woman show that I wrote, SURFING DNA which I did in 2019 before the pandemic. My plan is to get this into a good theater venue when theaters can open up safely again. Stay tuned. 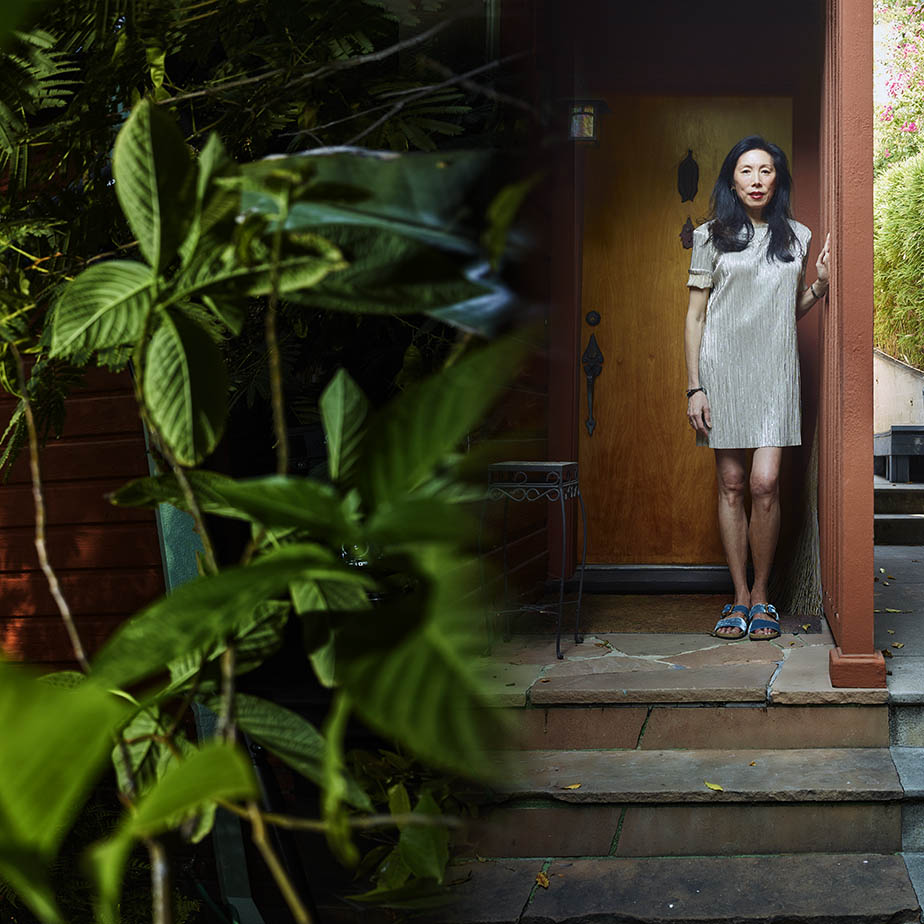