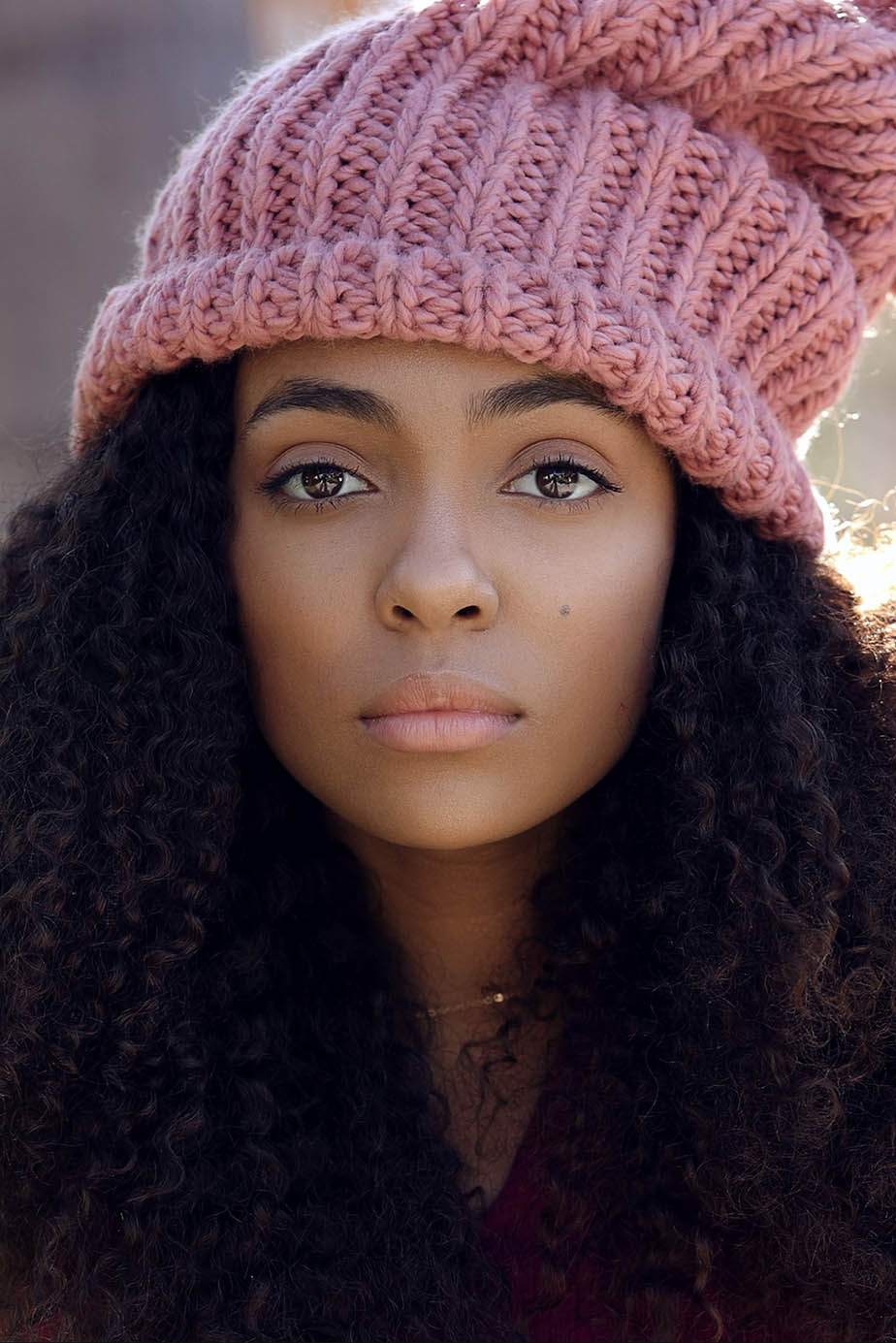 Cassidey Fralin was born in Southern California. She started acting at the age of 8. Before long she could be seen on Black-ish alongside Anthony Anderson and The Big Bang Theory starring Jim Parsons and Johnny Galecki. Her big break came when Cassedy landed a recurring role on Disney Channel’s hit show Sydney to the Max where Cassidey’s comedic ability shines as Young Aisha alongside such Disney stars as Jackson Dollinger, Ava Kolker, and Ruth Righi. This dynamic performer can also be seen in Maroon 5’s music video “What Lovers Do” with over 538 million views as well as BET’s movie “We Belong Together” and “Always and Forever” now streaming on Amazon. A true triple threat, Cassidey is a trained singer with a soulful voice and a talented dancer whose passion for performing is evident. She is interested in social justice, medicine, and enjoys working with charities that help the elderly and young children. When not working, she spends her time reading and immersing herself in the Korean language, music, and culture.

StarCentral Magazine recently caught up with Cassidey to discuss her journey in the entertainment world and here’s what went down:

Hi, my name is Cassidey Fralin. I am passionate about acting, singing, dancing, learning. I am especially dedicated to my history studies and unifying those interests by performing full productions of Hamilton and Les Misérables in my mirror. I come from a big and boisterous family composed of five siblings, the best two parents in the world, and one puppy (Auggie!). I owe my main inspiration for wanting to get started in the entertainment industry to my early love for reading. When I was younger, my life revolved around the Pippi Longstocking book series. I was devastated to finish the books, but when I realized that I could use the power of pretend to become Pippi, there was no turning back. I loved to consider: what would Pippi do in this situation? How would her super strength and boundless confidence impact her thoughts and actions? And when I watched the Pippi movie, I was astonished to discover that the world actress Inger Nilsson brought to life with the help of some impressive special effects was just as magical as I had imagined it to be. Seconds after finishing the film, I begged my mom to let me
act so that I could not only live my fantasies but share them with others, as Inger Nilsson had done in so aptly portraying Pippi Longstocking.

What I love most about acting is knowing that I am giving people an escape from whatever reality they’re living, through the work I do. I find comfort in knowing I am making a difference, and acting affords me the opportunity of doing so on a great scale. I love connecting with other people and telling stories, and through acting, I can do that. Acting taught me very early on that putting my all into something and knowing I am doing my best work always makes me feel at my best. My passion for acting influences me to take on new projects and challenge myself, and
I’m so glad because I’ve learned to enjoy the process of everything I do instead of only finding joy in the outcome.

My weak point as an actress was feeling my credits shown on my IMDB didn’t reveal my talent and all of the work I’ve put into acting. However, when I first began to act, my mom made it very clear that I realized a lot of “no’s” would come with the job. Hearing a series of “no’s” can be jarring, but they made me realize that acting is what I am most passionate about and that opportunities that I may not expect are waiting for me. I have applied this to every other area in my life – my grades, my friendships, all normal teenage things and I can’t even quantify how much it has helped me to have experience with overcoming rejection. No matter how many “no’s” I have heard and continue to hear in the acting business, I keep in the back of my mind that rejection is redirection, I move on, and I work even harder to reach my dreams.

I would say a strong point for me as an actor is that I have learned, and I mean this in the least corny way possible; you can never truly fail. “Failure” in my eyes is redirection. I try (and sometimes I… fail) to turn negative things into learning opportunities though I have worked on it and now consider myself to be a very positive person. For example, suppose I don’t get a role I absolutely love, instead of thinking of it as a missed opportunity, in that case, I perceive it as the Universe’s way of telling me there is something out there that is better for me and that I should keep working hard to achieve my dreams.

I have learned from the directors I have worked with throughout my career that there is no substitution for preparation. By being prepared, you are making every other person who is connected to the project’s life easier, especially the directors! 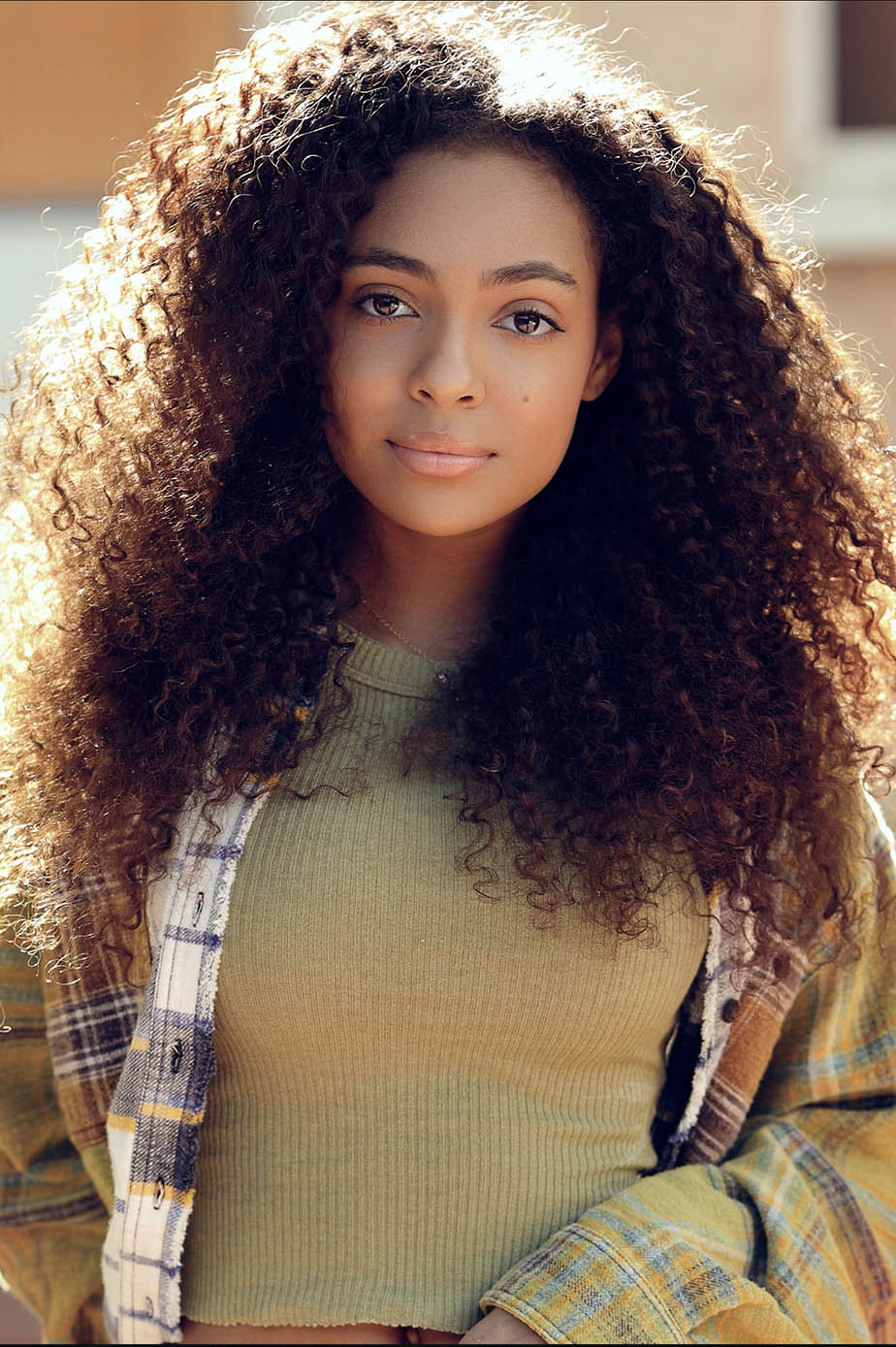 As an actress, it can be upsetting to feel like I am doing everything “right” but still not experiencing external validation. When I was younger, my dream was to book an incredible role, make the world fall in love with me, and win all of the fancy awards. That dream was what I worked for. And while I don’t know anyone, including myself, who doesn’t still dream about that, I realized that the reason for which I wanted so badly to be recognized for my acting as opposed to, say, my impressive roller-skating skills (catch those in an upcoming Sydney to the Max episode) was simply that I loved acting more than anything else in the world. Once I realized that I should be equally as passionate about the actual iterative process of refining my acting skills as the dream role those skills could land me and that I could still love acting even if nobody was watching, I came to understand that pouring myself wholeheartedly into my craft is valuable in and of itself. And that’s how I turned the worst part of being an actress into the best part!

I got started as an actress because I loved stories and storytelling more than anything — once I realized that real people could embody the characters I loved so much and that I could be one of those magical people, there was no curtailing my love for studying and practicing screen acting. I cannot think of a challenge I have when attempting to bring a script to life. Although I will say when doing a period piece or portraying a character who has already been established to the world, it can be difficult to maintain the character’s initial integrity while making the character my own with my personal embellishments. However, I have such an amazing time doing so; I never feel like I’m being burdened and find joy in the challenge.

In my spare time, I love to watch movies and television – from Doctor Who and Grey’s Anatomy to random ’80s horror films – as much to analyze other actors’ work as to entertain myself. Something many people don’t know about me is that I’m equally passionate about other performing arts: I sing, I dance, and if you’re a fan of my performance on Sydney to the Max, be sure to tune in to tomorrow’s reenactments of Wicked in my mirror (laughs). I always keep myself busy, I’ve also got a handful of siblings who willingly do that for me, so really, I’m always busy!

On Sydney to the Max, I play the role of Young Alisha, the titular Sydney’s mother, who appears in the show’s flashbacks to the 1990s. Booking the role of Alisha and being able to portray her character for a year must be the most memorable experience of my career so far. Aptly because Alisha is a lot like me – she loves to have fun, but she is also a dedicated student who eventually becomes a surgeon (one of my dream careers)! She is exuberant and forms fast friendships with the kids in her community, including Sydney’s future father. On Sydney to the Max, many of our episodes work to address social issues like microaggressions or discrimination against Black hair in an entertaining yet educational and understandable manner which is something I really adore about the show.

I love meeting and befriending interesting people, so it’s a bit hard to narrow it down. I would say my closest friends are all very interesting and quirky. My best friend Violet is inhumanely smart; she is also very, very funny and opinionated. The best thing about meeting and engaging with interesting people is that there is never any possible room for boredom; there are never dull moments.

I have looked up to Amandla Stenberg since I was very young and can only hope to have an acting repertoire as diverse and astounding as theirs. If someone ever decides to make my life into a movie, I grant full permission to the casting directors to award Amandla Stenberg the leading role, portraying myself. Amandla is freakingly talented; they possess the rare ability to completely embody every role they play in the most beautiful and intricate of ways. It would be an honor for them ever to play me in a film. It would also award me the opportunity to meet them, so two major wins for me!

Well, with a rigorous course load lined up for next year, I’m going to have to refine my time management skills! But I am currently auditioning for all sorts of projects, exercising my passion for dance at any opportunity, going live on my Instagram (@iamcassidey), and recording ukulele songs for what will maybe possibly, hopefully eventually be a full-length album not in my Voice Memos app haha. Soon, I will be (manifestation) working on a project I am extremely proud of, and I can’t wait for the world to see it. I will be at a college well suited for me, working constantly to improve myself as a person and still becoming as amazing of an actress I can be. Stay tuned because I love to stay as busy as possible!