Meet The Actress Behind The Latest Issue Of StarCentral Magazine: The Stunning Jasmine Curtis-Smith 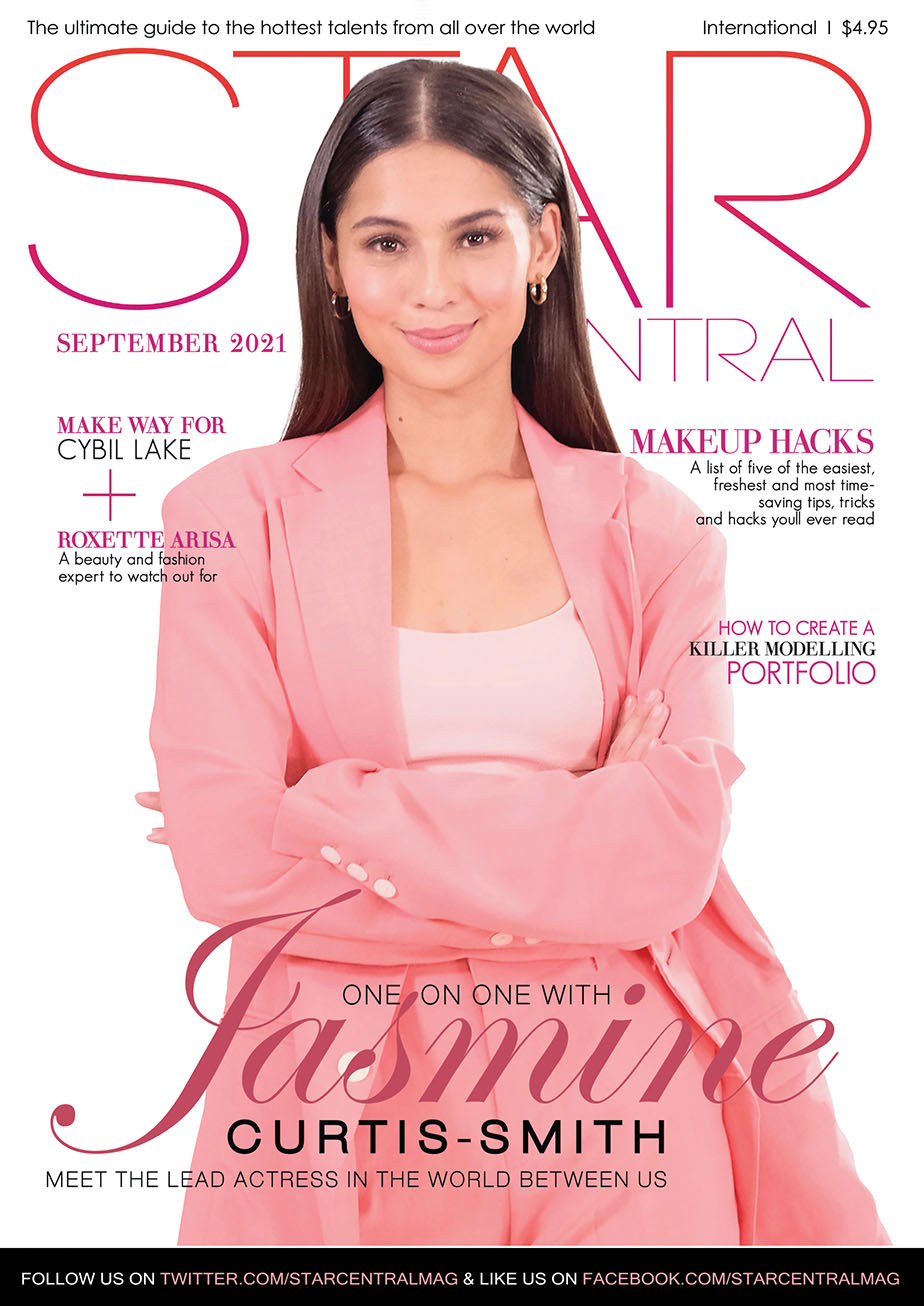 Jasmine Curtis-Smith is a prominent Filipina-Australian actress, host, dancer, endorser, writer, and model. She first came into prominence around mid-2010, when she appeared in ABS-CBN’s noontime variety show Showtime. She eventually signed an exclusive three-year contract with TV5 and her first miniseries for TV5 was a television remake with JC de Vera of the 1991 Philippine action-romance film Ang Utol Kong Hoodlum, which was originally top-billed by Robin Padilla and Vina Morales. In 2012, she played the role of Epifania “Anya” Dionisio in Nandito Ako, where she co-starred with Eula Caballero as Holly Posadas and American Idol season 7 runner-up David Archuleta as Josh Bradley.

When it comes to Curtis’ film career, she started with two independent film productions: Puti, a 2012 psychological thriller in which she played Nika; and Transit, where she played Yael, an Israeli-Filipino child of an Overseas Filipino who faces deportation. Transit received wide critical acclaim, competing at the 18th Busan International Film Festival, receiving 10 awards at the 9th Cinemalaya Independent Film Festival, and eventually became the Philippines’ entry to the 86th Academy Awards for Best Foreign Language Film. Curtis’ performance as Yael, which required her to quickly learn Hebrew just before production, earned her critical praise from both local and international critics and earned Curtis-Smith the Best Supporting Actress award.

On the 17th of April 2018, Curtis-Smith signed an exclusive contract with GMA Network. She has since appeared in various GMA shows such as Pamilya Roces, Sahaya, Descendants of the Sun, and I Can See You and she’s currently one of the leading protagonists in the drama romance series The World Between Us where she plays Emilia “Lia” Libradilla-Carlos.

StarCentral Magazine recently caught up with Jasmine to discuss her role in World Between Us and here’s what went down:

Can you tell us about your role as Lia in The World Between Us?

Lia is the daughter of Rachel and sister of Brian Libradilla. Their family owns a tech company; she’s always had a good life but she just doesn’t have her father around anymore and this is something she’s always held onto because she was close to her dad. When her dad was lost, she clearly lost someone whom she looks up to in life. Lia is very naive; she leans on the people around her whom she loves. She relies on them a lot because with any of her life decisions – it’s either she’ll rely on someone to tell her what to do or she’ll wait until she makes a mistake so that someone can tell her what to do.

She’s not that matured and experienced in life yet. So with this naivety, whether it’s with her mom, her brother, or with Louie – unfortunately, it brings her to these different bad situations while growing up. She is experienced though when it comes to love and how to grow love because she sees it in a one-dimensional manner – she feels that if you love someone, it’s ‘us against the world,’ or ‘we can do this on our own’ but at the end of the day, you also need to think about the people around you. That’s what Lia is still trying to figure out or trying to grow into – the maturity and at the same time, the confidence in herself. It’s about being sure about her own decisions so that she knows that her decisions about love are right. 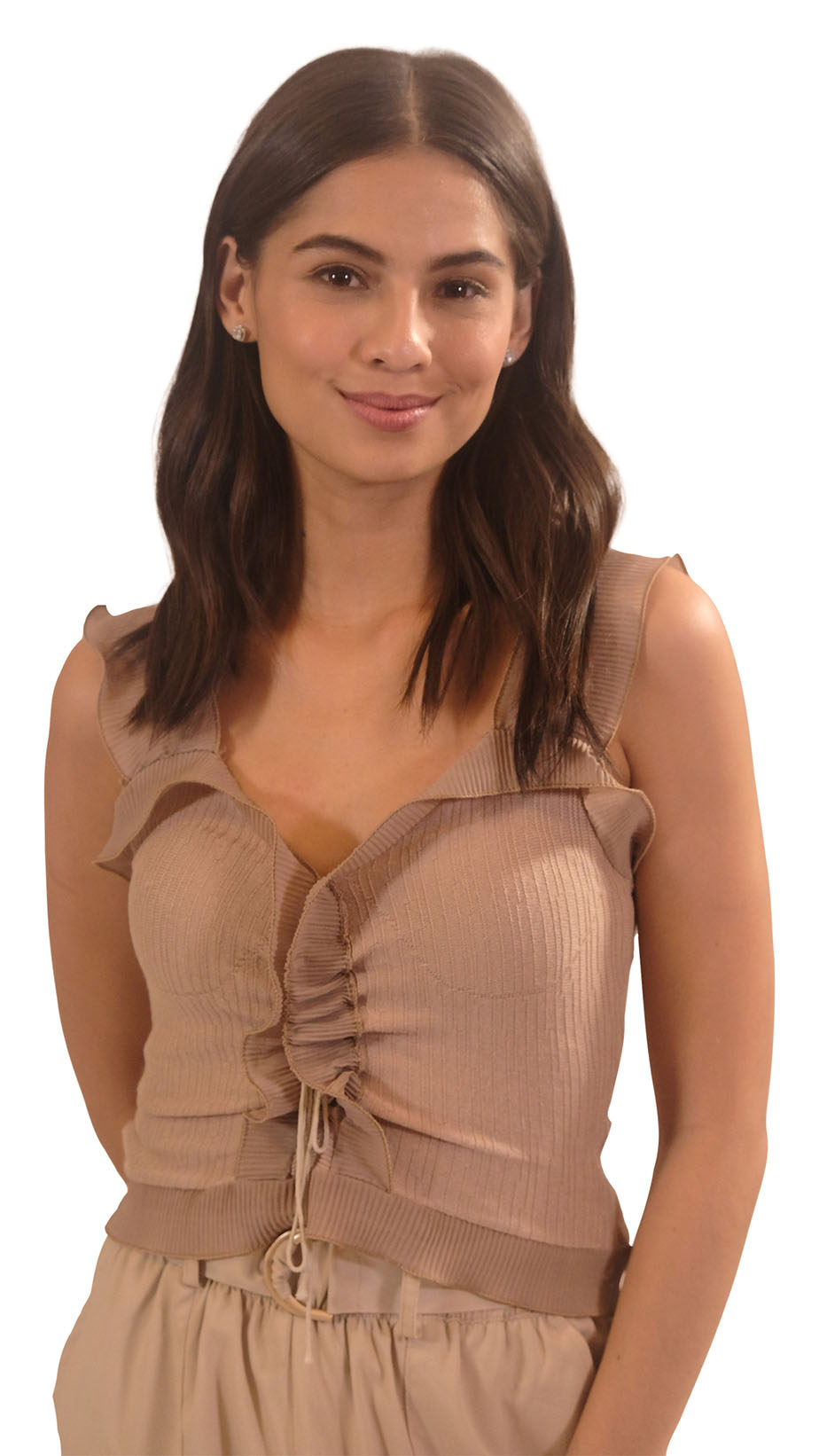 I think it’s we’re both really sensitive. She’s really sensitive when it comes to love for her family. She tries to be as thoughtful as she can be but because she’s so sensitive about love – it’s also her weakness because she can’t assert her sureness about love. If you love yourself then you’ll assert yourself in such a manner that you can be sure people will love you or at least attempt to understand you. I’m similar to Lia in this sense that sometimes I’ll be like, ‘you know what, you don’t understand so I’ll just keep to myself, I’ll carry the whole burden on my own, I don’t want to make a big deal out of this.’

We’re also similar when it comes to young love – your first love. I’m exactly like Lia, playing it out as ‘us against the world,’ or ‘we can do this on our own.’ It doesn’t matter if our parents are mad or if your older sibling doesn’t like it – it’s okay! I’ve actually had such a relationship but at the end of the day, my similarity with Lia that I like the most is the fact that she’s always trying to have a great relationship with her mom because I feel like I’m the same with my mom. I’m on good terms with my family but I really want my mom’s approval out of everyone and it’s not bad because at the end of our conversation she always says that ‘as long as you tried your best, as long as you did it with good intention, then you won’t feel bad about it.’ It’s something I appreciate.

It’s the same with Rachel and Lia; Lia gets the chance for her mom Rachel to soften up on her. Though there are times that mommy Rachel is extremely strict – that’s something I can’t relate to because I’m used to my ‘chill’ mom. My mom is so chill it’s like we’re sisters. I also can’t relate to her fight with Brian; like what Tom said – the similarity he found in Brian was with Tom when he was 13. When it comes to Lia’s naivety in love, I hope I don’t have to go through that now at the age of 27 because I was 18, 19, or 20 when I experienced that. I’m hoping that by now I’ve learned my lesson, I know what I’m doing, and that I’m more mature about it. 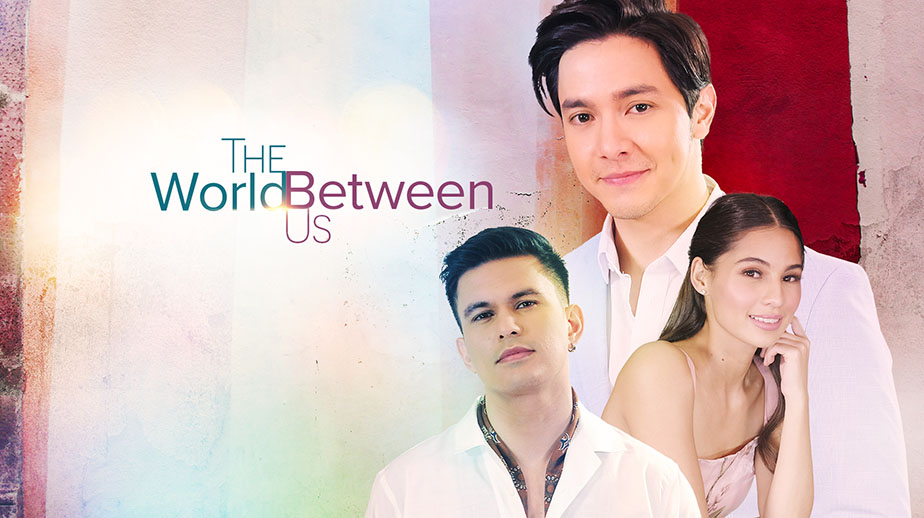 For me personally, I feel like the biggest challenge is to not get carried away in my crying scenes because I’ve been learning to control my acting a bit more for TV especially since there are a number of technical things that we have to be aware of in a TV set. Sometimes we don’t use the same number of equipment – sometimes there are three cameras, sometimes it’s just one or two. So you have to be aware of these things and you just need to reserve your energy and emotions when the time is right. I think that’s the biggest challenge for me because I’m used to being spoiled in a TV set where no matter how many cameras there are today, as long as you get the scene in one take, you’re good. It’s very rare for there to be a close-up. Even in film sets, they’ve always allowed me to distort my face more, or be more realistic.

On TV, we like things to be more glossy and polished. Especially in our show where it’s so clean and minty to the eyes and you don’t want to be the one to bring ugliness to the set! I think that’s what’s challenging me the most – to portray and be part of a project where one of the goals is to produce something that’s very clean and very precise. It feels quite meticulous compared to it being organic or shooting a low-budget film. 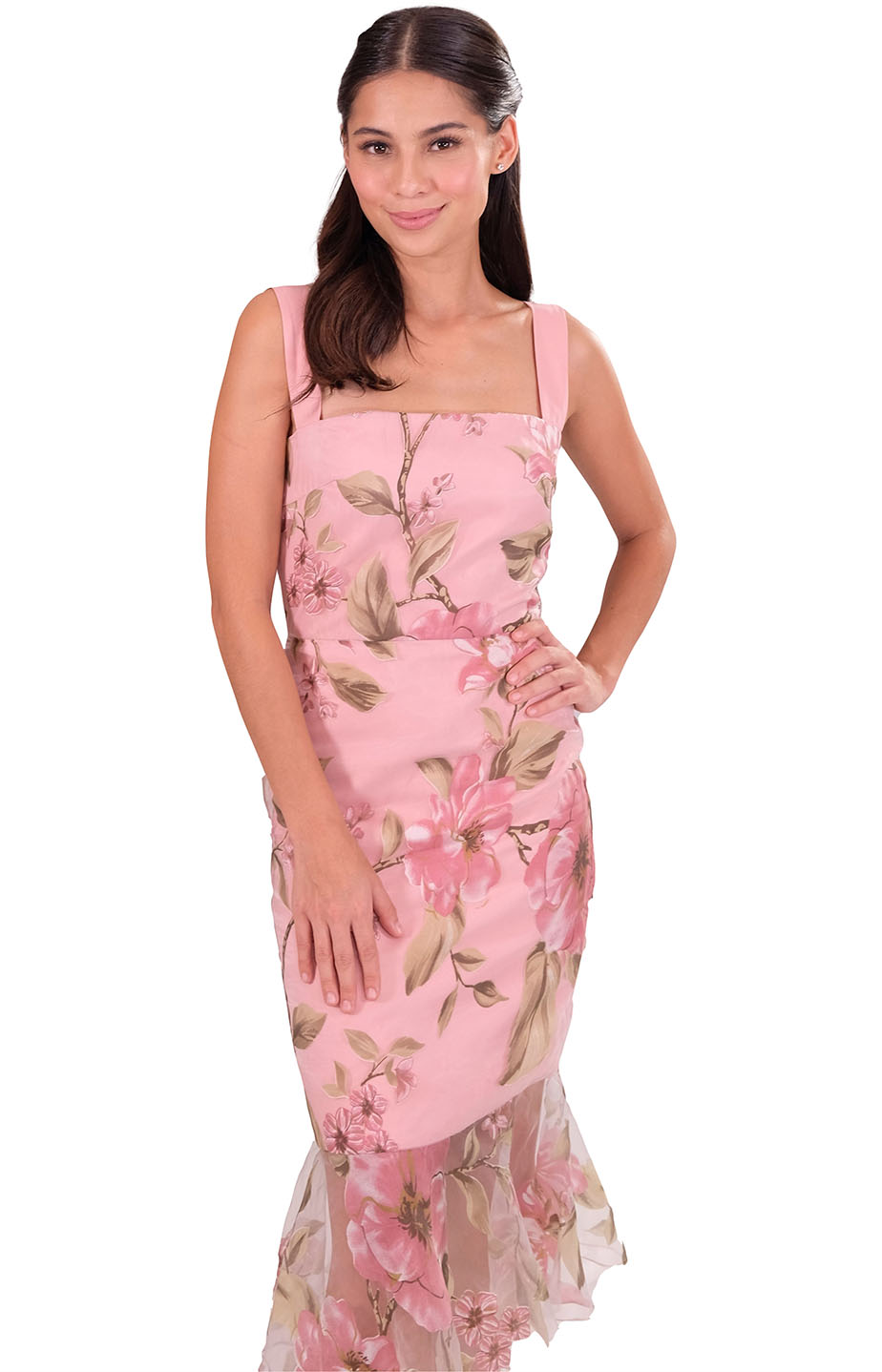 I’m glad and thankful that I get to work with Sid Lucero in this series because I’ve never worked with him before and I’ve always wanted to experience that. Within us in the cast, whenever we see a co-actor perform so well in their own careers, we’ve always wanted to see how we’ll measure up to them in a scene or a project. So the scenes that will be asked from Sid in this series well… let’s just say it’s going to be powerhouse! And we all know he’s going to shake the house down! But if I may also just say, if not Sid I was going to say Tom because he literally just transformed into “Kuya Brian.” He is snarky, he’s so mean – I see where my dad is coming from right now and I’m with him 100%. I’m just totally blown away by these 2 guys. I’m thankful I get to experience Tom in this character because I’ve seen him as Father Xavi before who was a priest with an attitude. 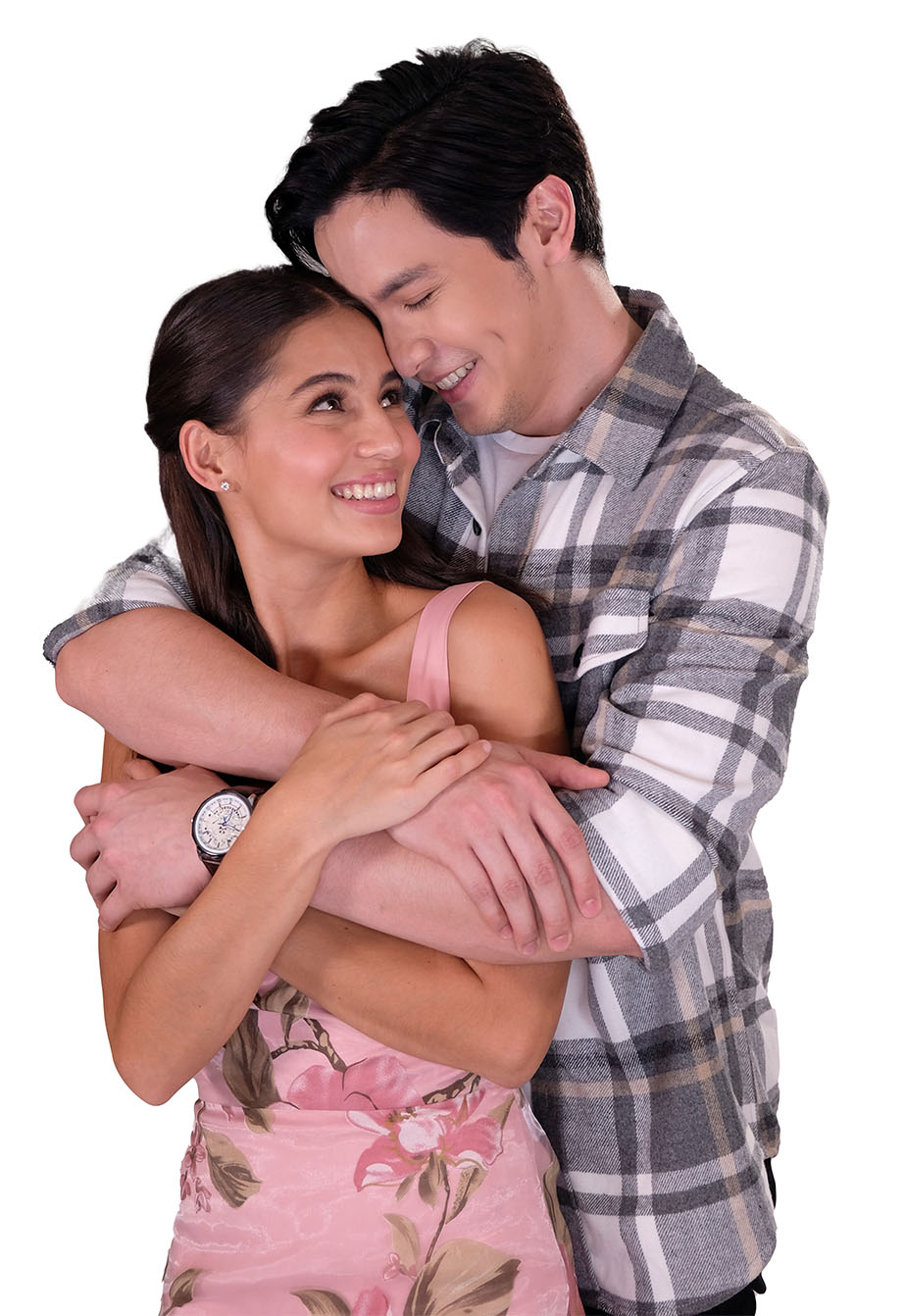 I would have to say this series. But as a highlight in general, I think being part of GMA. I’m so glad to be part of this network, to be doing projects under GMA – I think that’s been a big highlight for me. I’m glad to have work in this pandemic and that they’ve chosen me to be cast in a show. Having the viewers enjoy our work satisfies and fulfills us as actors. The feedback from viewers is always a highlight for me.