One On One With Seduction & Snacks Star Mela Green 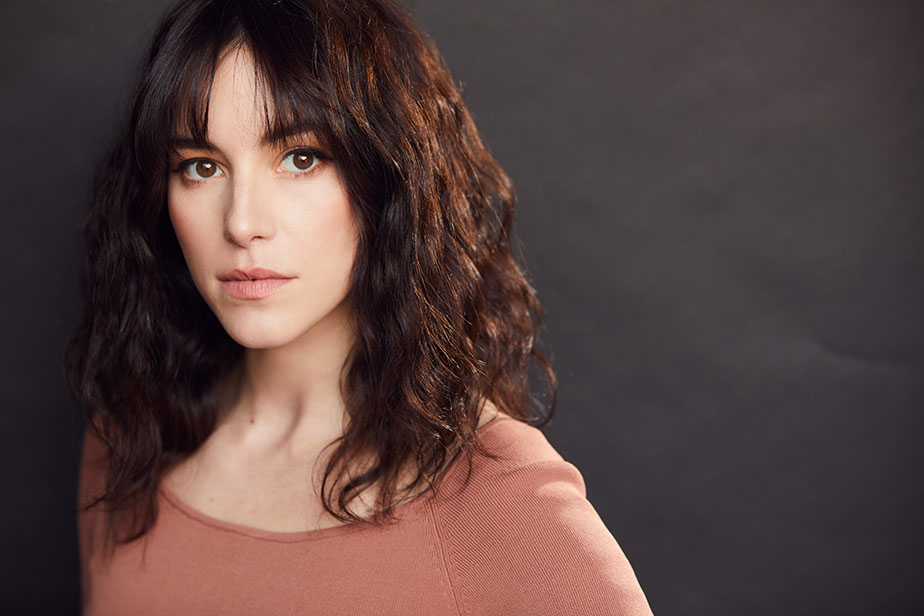 Based on USA Today bestselling author Tara Sivec’s 3-part book series, Seduction & Snacks tells the story of Claire (Green), a twenty-something single mom that grudgingly helps her best friend Jenny sell sex toys while she attempts to make enough money to start her own business to give her foul-mouthed, but extremely loveable (when he’s asleep) toddler a better life.

Born and raised in Buenos Aires, Argentina, Mela knew she was destined to be on stage performing or in front of the camera and began acting when she was 9 years old performing in one of the most important theaters in the world, Teatro Colón. A few years later she landed her first lead role in Disney’s popular Argentina show “Jake & Blake” and soon became Argentina’s most popular Disney star. Once her Disney career in Argentina took off, she began booking many commercials and even became the face for State Farm in Argentina. The Latina and Hispanic actress moved to Los Angeles in 2014 where she booked a role in A+E’s high-rated show “Longmire” and continues to grow her career and art with singing, acting, and even voiceover work in SUICIDE SQUAD.

When Mela isn’t busy in front of the camera, she loves working on her singing and songwriting as she is working on her first album. Mela is also a fierce advocate for animals, environmental issues, and homelessness.

StarCentral Magazine recently caught up with Mela to discuss her journey in the industry and here’s what went down:

Of course! I’m from Buenos Aires, Argentina, and I moved to Los Angeles seven years ago. I grew up speaking English, but it’s still my ‘second’ language. Artistry has always been in my family (parents and two sisters) – whenever we’re together, we sing and do sketches. That is a tradition that time never erased. I got my start as an actor and singer with the “Teatro Colon” – one of the best Opera Houses in the world when I was nine. From there, I was hooked and dove right in. I also took part in our amazing school musicals and would leave school early to shoot commercials as a teenager. After I graduated, I went on to star on a Disney Show, was an MTV VJ for Europe, did local shows and films, and also worked as a singer.

I love making an imaginary world real. The whole process of bringing a character to life is amazing.

Can you tell us about your role in Seduction & Snacks?

I play Claire, a single mom from Butler, Ohio in her early twenties. She had to drop out of college and get her high school job back to make ends meet. A few years later, her best friend moves back home and they go into business together. That business? It involves seduction… and snacks. While all this is happening, her one-night stand aka “baby daddy” shows up in her hometown after five years. It’s a beautiful, messy story that I think many people can relate to and empathize with. Oh and fun. So much fun!

Anyone whose life didn’t turn out how they thought it would. Also, all those people who have a perfectly imperfect family. It’s about unconditional love with others and most importantly, ourselves. 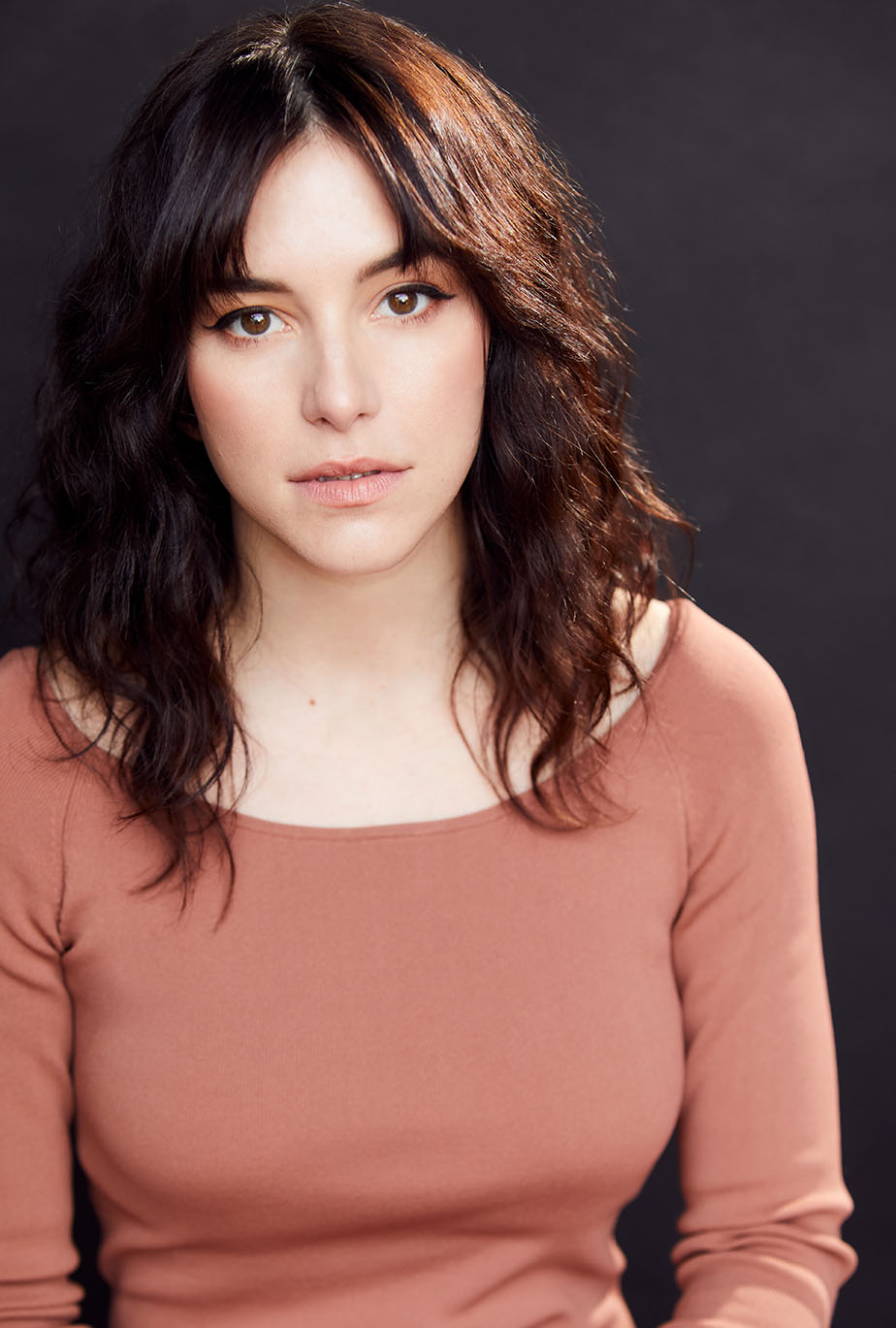 Claire and I are super similar. She is an overthinker and sometimes a cynic and so am I. I also used to be very scared of being myself and succeeding at what I love to do so I understand her struggle. We are also both very committed to our friendships and other relationships. As far as differences go… it’s pretty much just the five-year-old kid.

I would love to see Emma Stone play this character. She can do no wrong.

Comedy. I’m gonna give myself a pat on the back and say that I have great comedic timing. I also am great at improvising and bringing in some jokes to the text. I love playing all genres, but comedy lets you play with the heart of a child, and that is pretty cool.

Patience, attention to the rhythm, and the importance of editing. More specifically, taking your time while not letting the scene drown and knowing what you’re doing on camera to help the editor tell the story. I am also a very visual person, so I learn a ton from watching other great actors who I work with.

Being told that there is a formula when there isn’t. Everything comes to you and when you’re ready to receive an opportunity. Also, being told that you have to change who you are to the industry to work is harmful. Yes, you should definitely take different classes, get agents, etc and know what you can and can’t do… But, you should also trust who you are and that what you have will take you wherever you want to go. You make your own space, no one will do it for you.

With Seduction and Snacks particularly, staying true to the story and the characters. These are best-selling books with a huge, extremely loyal fanbase that you don’t want to disappoint. Having read the books more times than you can count, they know your character better than you do so you want to do it justice. 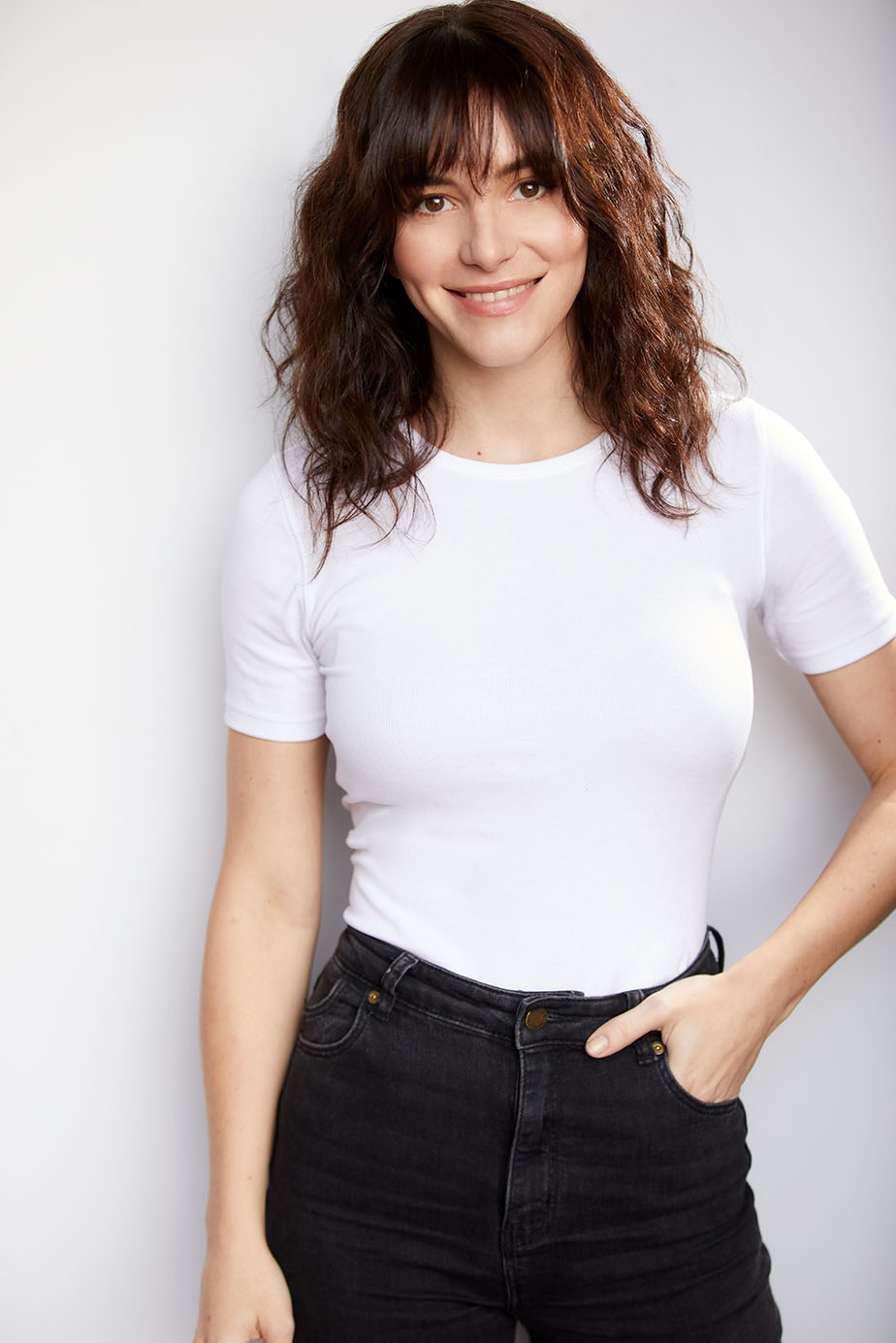 I do music. It’s my creative safe space where I do stuff without expecting a result. I also take classes and try to work on myself, physically and mentally. Oh and I cook, while my cat meows.

There are so many! My job is awesome. However, I will say that getting my picture taken at the premiere next to my giant, sassy, critter face was pretty cool. And also what followed – not only the incredible outpouring of love from strangers/fans at the event but also from people who have known and worked with me since I was twelve. So much love and support. It was a beautiful day.

I feel like people will want me to answer this with a celebrity name but my hairstylist and friend, Mela Murphy gets the prize. She has worked in the industry for YEARS and has the best stories Not to mention her amazing sense of humor and the fact that she is just a pleasure to be around. She is such a humble, hardworking badass, and I can listen to her speak all day. Yes, we have the same name. Coincidence? Don’t believe in those.

I’m going to shoot a campaign in December, then spend Christmas in snowy Wisconsin, watch the upcoming web series that I also star in called “Seven sitters in July”, get my EP done, keep auditioning, taking classes, hopefully, get back to the theater to do some crazy stuff and write many, many more run-on sentences.