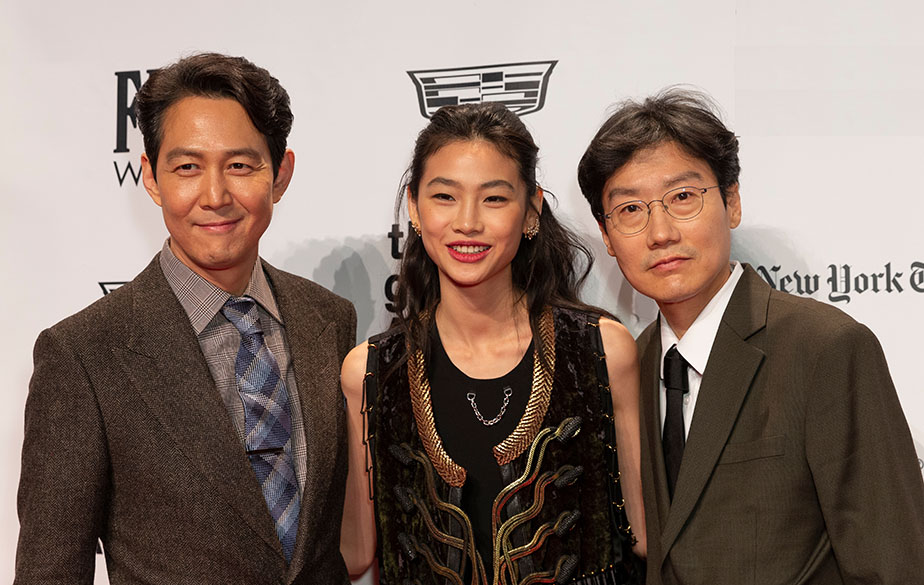 Squid Game won big at the 2022 Screen Actors Guild Awards as it continued to win in nearly every category it was nominated for last Sunday, February 27.

The Netflix hit series made history back in January when it became not only the first South Korean series to ever be nominated for a SAG Award, but also the first-ever foreign-language show to receive a nomination from the guild.

The show revolves around a deadly contest where hundreds of financially down participants play children’s games for the chance to win a staggering amount of money.

However, the stakes are not for the faint-hearted.

Winners get to move to the next round while the losers die a horrible death.

Jung-Jae, (Player 456, Seong Gi-hun) won over three leads from Succession  (Brian Cox, Kieran Culkin, Jeremy Strong) as well as Billy Crudup from The Morning Show. He became the first male actor from Korea to receive an individual nomination and win at the same time. Ho-Yeon, (Player 067, Kang Sae-byeok) won over established actresses such as Aussie actress Sarah Snook (Succession), Jennifer Aniston and Reese Witherspoon (both for The Morning Show), and Elisabeth Moss (The Handmaid’s Tale), making her only the second actress of Asian descent to do so.

“I have sat many times watching you on the big screen, dreaming of one day becoming an actor,” Jung’s interpreter said as Ho-Yeon gave her speech.

Squid Game has been renewed for season 2. You can get your full list of winners here.