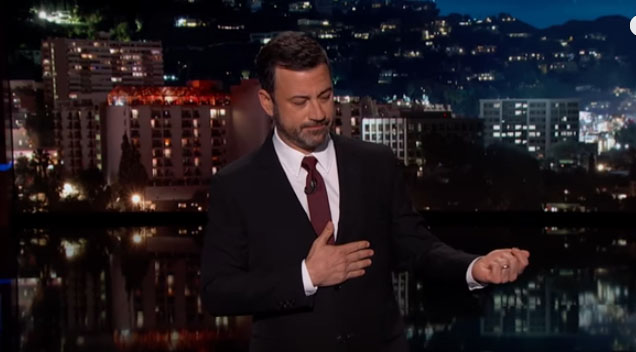 Kimmel fought back tears as he revealed some really personal details regarding the birth of his son. His wife Molly McNearney gave birth to a baby boy named William John Kimmel aka Billy on Friday, April 21 but unfortunately the nurses and doctors noticed that something wasn’t right with his son’s heart. Billy was born with a heart disease that needed an open heart surgery immediately. Kimmel tearfully revealed the details behind his son’s operation and his audience really felt his pain.

Scroll down to watch the video below courtesy of Jimmy Kimmel Live: