One On One With Jason Cherubini: Co-Founder Of The Film & Media Production Company “Dawn’s Light Media” 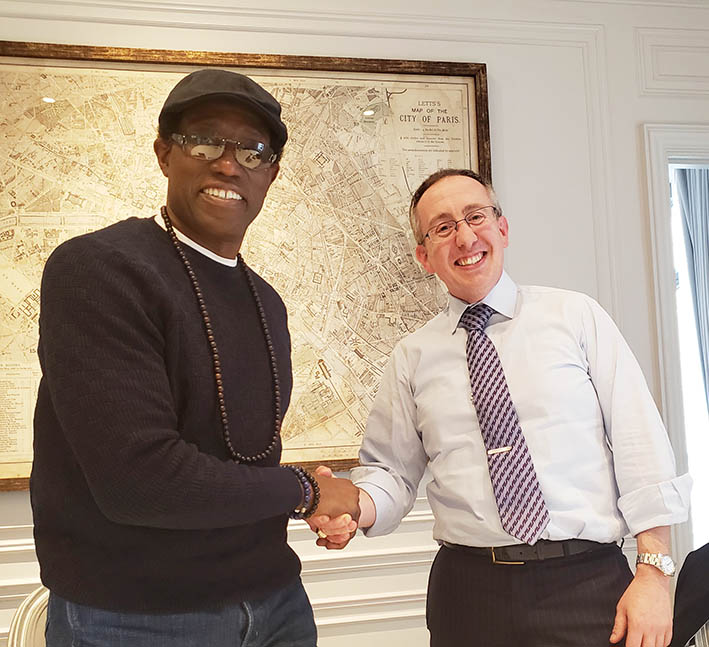 Jason Cherubini is a business professor, an advisor to emerging technology startups, and the co-founder of a film and media production company called Dawn’s Light Media. He spent most of his career as a management consultant working with startups and small businesses trying to raise capital to begin operations, eventually starting his firm, Seraphim Associates International. During his time as a consultant, he also began lecturing in graduate business programs in the United States and Europe, publishing academic papers on the methodologies he developed for the teaching of accounting.

StarCentral Magazine recently caught up with Jason to discuss his journey as an entrepreneur and here’s what went down:

With three months of lockdowns, we have focused on conceptualizing and developing a slate of new projects to carry us through the rest of the year and into 2021. Early in the lockdowns, we decided that we could either sit static or take action to come out of this stronger than before. Like a bowstring drawn back to launch the arrow, we took this downtime to build up a backlog of projects and expand our presence with others in the industry.

Now that restrictions are being lifted; we are ready to hit the ground running. We have more projects to finish in the remaining six months of 2020 than we had initially planned to complete in the entire year. We will have a more productive (and profitable) year than if the lockdowns didn’t happen.

We take a two-pronged approach to our social media and web presence strategies.

The first prong is very end-user/viewer facing where we engage with the individuals who will end up consuming the media we produce. For this, we focus heavily on Instagram, Facebook, and Twitter, posting exciting visual content of our projects to drum up excitement and product knowledge.

The second prong takes a more thought-leader approach to extend our brand reputation within the industry. To accomplish this, we work primarily with LinkedIn, IMDb, and Slated. This brand awareness isn’t about driving sales as much as it is developing brand recognition and a pipeline of new deals. 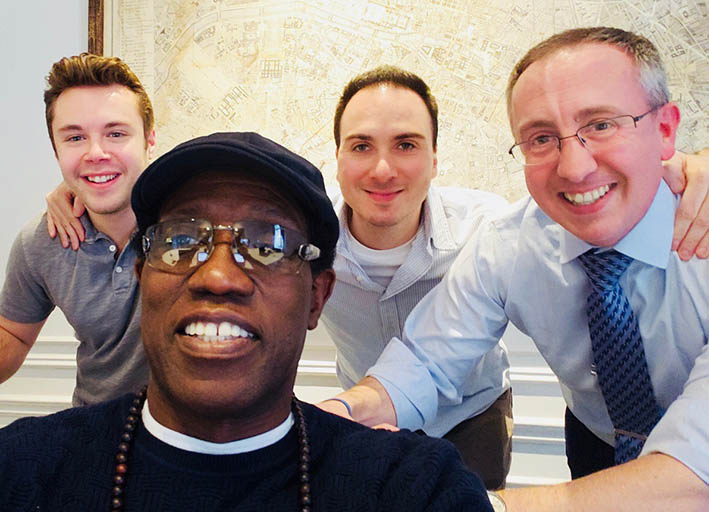 At the corporate level, we do not engage in paid advertising as most of our products are not direct-to-consumer sales. Instead, we handle all advertising at the product level, especially around the new media’s initial release. We have seen some increases in traffic through these campaigns, but we have found better luck following marketing campaigns closer to Seth Godin’s “Sneezer” strategy.

For this, we identify and target key individuals to engage with our products and then discuss it with their audiences. For our most recent film, “Money Plane,” instead of blanket advertising, we targeted key pop culture websites and podcasts to talk about the product to their audience and create a buzz. Tracking the results is not as linear as an advertising-to-sales approach, but we find that the overall results work better.

There are very few entertainment programs that draw in engagement from wide strips of the population, especially in the modern era of niche entertainment availability. Instead of attempting to beat the odds and create the exception to this rule, we focus our products on select audiences with predetermined tastes. This focus limits our overall potential customer base, but that smaller base is easier to convert into viewers.

Our key target markets focus on specific genre fans, such as action movie fans and made-for-tv movie thriller fans. A number of our made-for-tv movies air on Lifetime and Lifetime Movie Network. These films are not for everyone, but the fans of those movies are hungry for content and consume new films at a high rate. 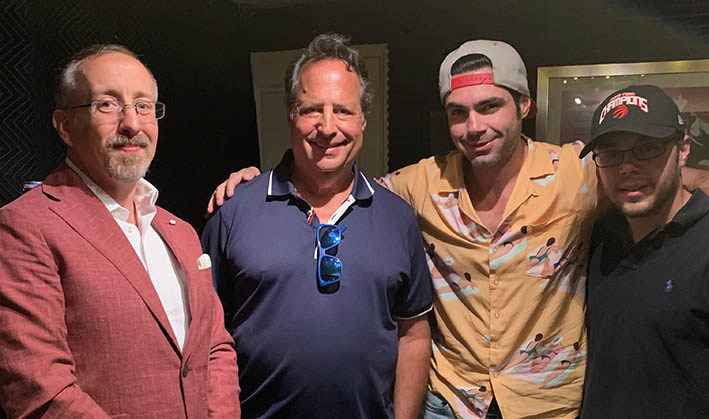 The best form of marketing for our projects has not been direct marketing at all, but rather structuring projects with built-in angles for the press to latch onto and bring awareness to our products.

Our first successful implementation of this strategy was in our film “Black Water,” starring Jean-Claude Van Damme and Dolph Lundgren. Despite having been in numerous films together over their careers, these two action movie stars had never been allies in a film, mostly enemies. Them teaming up on the same side in a film then gave the film and media publications an angle to focus on when writing stories. We followed a similar strategy when announcing “Payline” with Wesley Snipes. The role was going to be the first time that Wesley Snipes played a villain in over twenty years. This angle, coupled with the film’s environmentally-conscious production, drew press in the film industry and the general business community (Forbes did a piece on it).

We were fortunate enough not to be actively filming any projects, so no active projects shut down. We had to delay a film planned to enter production in May, but with that, we had no option, so while it wasn’t fun, it wasn’t a hard decision.

The hardest decision for us in the last few months was deciding how to position ourselves for when the Coronavirus based lockdowns ended. We had to choose whether to move forward with developing new projects or stay at a complete standstill.

We ended up deciding to move forward and invest in the development of new projects, and I feel we made the right call. With so many of our co-creators under lockdowns, we were able to bring together top-notch talent to get more conceptualizing and development done in three months than we normally would expect to get done in a year. This strategy also allowed us to keep most of our team working through these difficulties and put us in a strong position to get back into active production.

Our initial media projects were treated as one-off investments and were structured to maximize one-time profit. While not a horrible business strategy, it meant every new project was starting from ground zero. The company needed to stash profits from the project to cover all operating expenses until the next project occurred (which had no definite time frame).

What we adjusted towards, and what I think is the smart move for most companies, is to focus on Annual Recurring Revenue (ARR) during the early years, even if it means passing up some one-time profit. That recurring revenue allows you to smooth out your cash flow and establish a solid base to grow your company. After your operating costs are covered, you can then take on the one-off projects to maximize profitability. 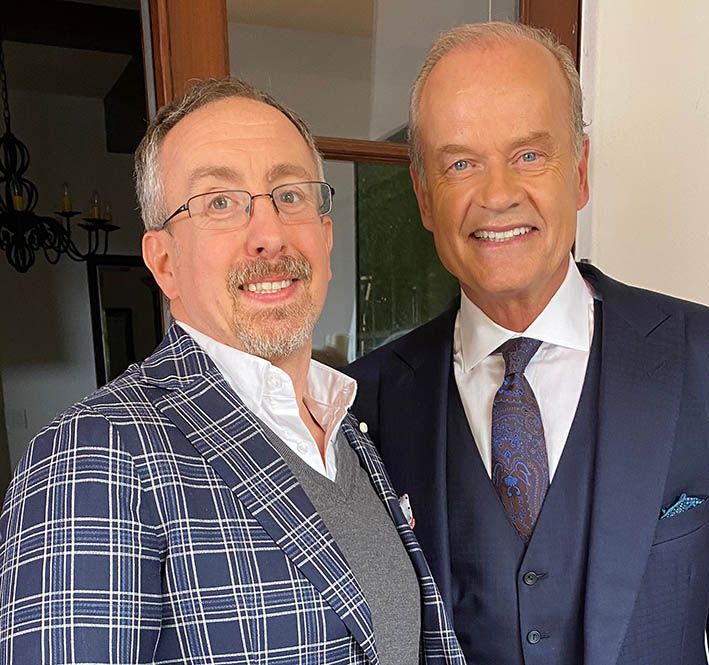 It is a bit of a throwback to my early work in a family construction business. With an aging population and younger generations without the time or knowledge to handle a lot of general maintenance and handyman tasks, there is potential demand for subscription-based home service contracts. And given the drastic increases in app-based gig services, such as Uber and AirB&B, I feel that many consumers would be comfortable subscribing to this type of service. (If someone wants to run with this idea, it’s all theirs. I’d be excited to see what they can accomplish)

If I were to restart our company, I would focus on the niche film markets from the start and focus on building our reputation in one genre before expanding. Looking back, it seems obvious, but at the time, we weren’t sure what niche we wanted to be in, so we dabbled in many. If we had focused on a single niche and established ourselves there, we could have decided where to go next.

I think this logic works for all kinds of companies, not just ours. It is better to focus on generating your core competencies in one area, even if that area isn’t where you want to end up. After you’ve established yourselves as great in that area, it is easier to make the lateral moves to where you want to be. The founder of Wired magazine, Kevin Kelly, says something similar in his advice to college students “Don’t try to find your passion. Instead, master some skill, interest, or knowledge that others find valuable…Once you master it, you’ll be rewarded with new opportunities that will allow you to move away from tasks you dislike and toward those that you enjoy.”

When I was growing up in a family business, my grandfather used to say, “No one will care about your business like you.” He said this as a means of taking personal responsibility for all aspects of your business. As I worked with startups, and eventually started my businesses, I found this advice to resonate universally.

It’s not an admonishment of employees, customers, or vendors, but rather a calling out of the reality of people’s goals. No matter how much we try to align goals, no one will care about your business as much as you are, so you need to take personal responsibility for all aspects of the business and be prepared to put in the time and effort to see your dreams realized. 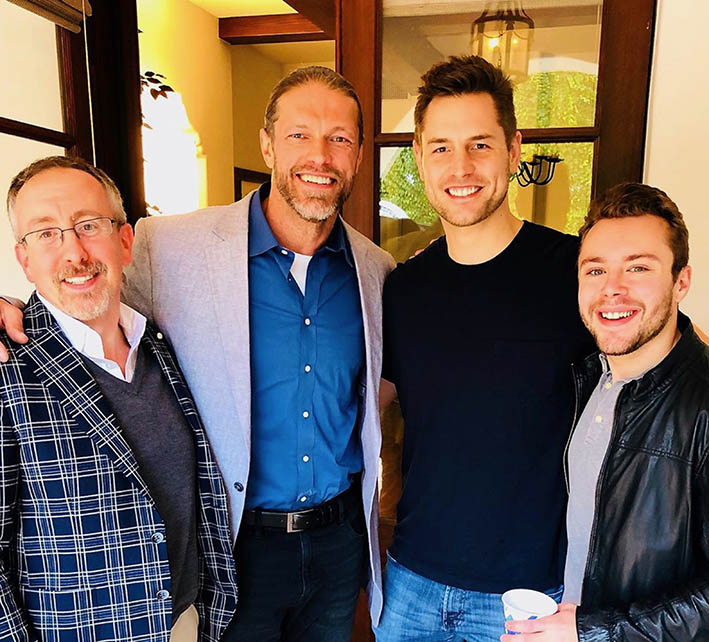 Having a well thought out strategy and plan is great. Still, you can never account for everything that’s going to happen, and it is better to get started and adjust to the realities of your business than to attempt to predict all possible future outcomes. When discussing this, I often refer to a great quote from Mike Tyson, “Everyone has a plan until they get punched in the mouth.” Being in business can be rough, and you will get ‘punched in the mouth.’ Having a plan doesn’t necessarily help you, then, it’s better to be agile and able to deal with situations that arise.