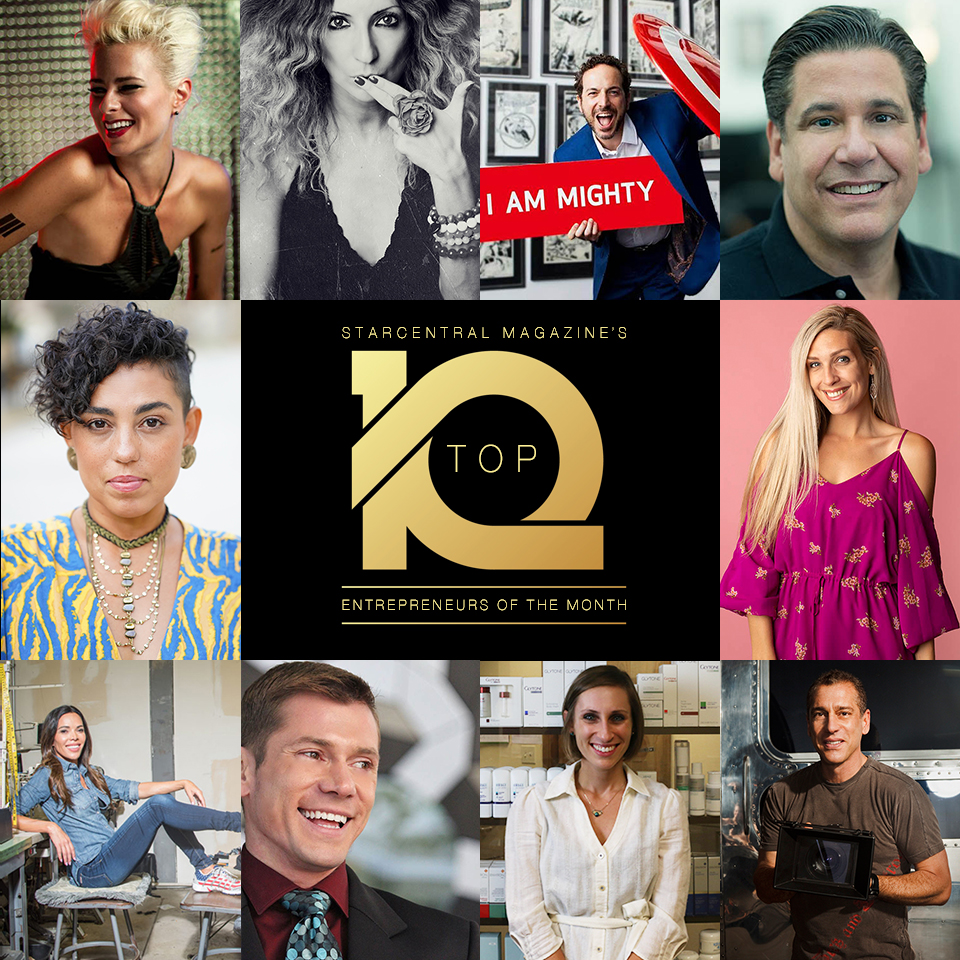 It’s definitely inspirational to look back at how some of the world’s most prominent, game-changers, and entrepreneurs got started in their journey to success. Achieving sustained success in business is extremely difficult, but these 10 inspiring individuals have definitely earned the bragging rights.

Some of these men and women have taken big risks to build their brands and start businesses but now they’re reaping what they sowed. And, in establishing these amazing businesses, they have flourished and turned themselves into some of the most successful people in their field. But who are they? So without further ado let’s get to know these 10 successful entrepreneurs who had to claw their way to the top. 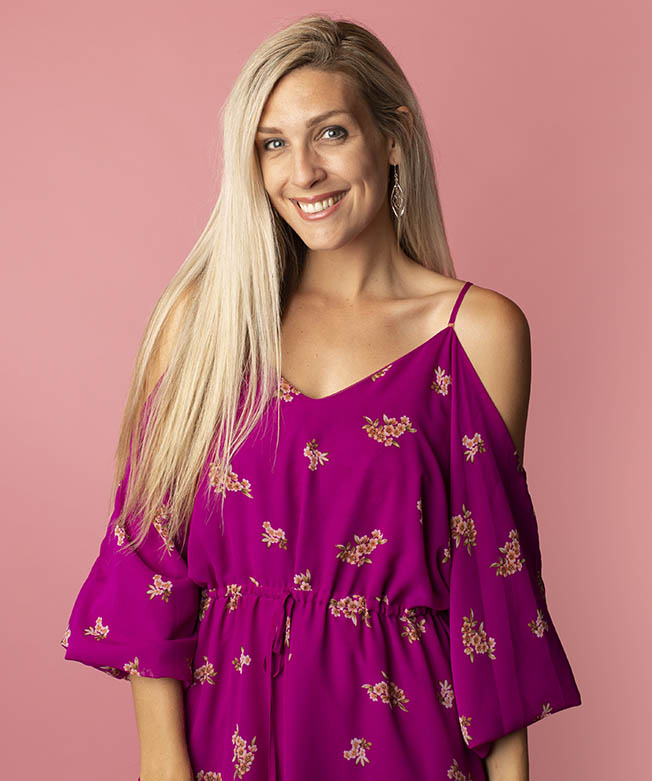 Starting a business with newborn or small children is not an easy feat, especially when you have to look after four of them. All Nikki Clarke initially wanted to do was make a bit of extra money on the side to feel comfortable financially. She didn’t actually start out to revolutionize the way mums looked and felt about themselves. She started Cadenshae with a $20k order of bras. She financed the entire project herself, as it was important for her not to rely on investors so she could still keep full control of the business. At the time, she had an 11-month-old baby and another one on the way, so it was certainly a risk, but one she knew would pay off as she’d stumbled across a niche market that was not being catered to properly at all. In less than five years she had 2 more kids, yet in the process, she somehow managed to grow Cadenshae into a multi-million dollar global empire. 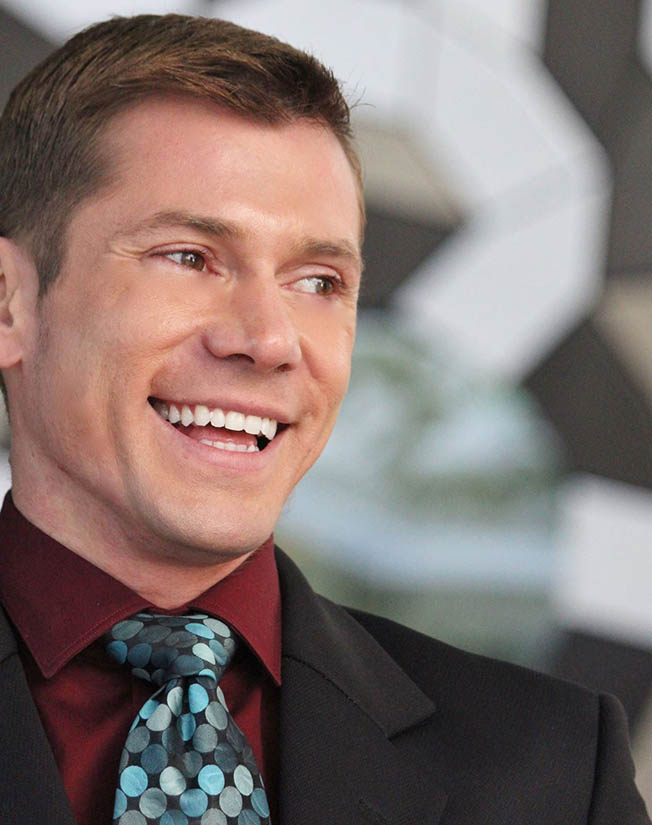 Rafael dos Santos is a Brazillian entrepreneur who hails from London, UK. ​When he initially moved from Brazil to London, his lack of language skills and ​British qualifications stopped him from getting a good job. He became a kitchen porter and glass collector in various pubs to survive. In 2003 an opportunity came along and he got into the real estate industry. He started managing and letting rooms in houseshares in 2003 and by 2014 He had 50 houses in his portfolio and 15 employees. He successfully exited his first property business which he ran for 12 years and now he runs a marketing and PR agency as well as a media club. 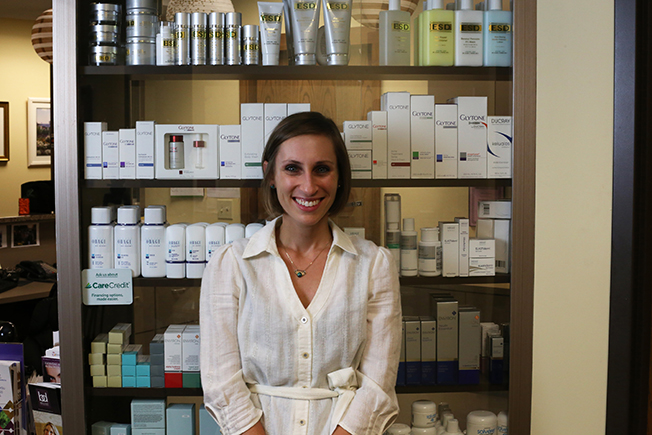 Stefanie Parks is the founder of DermWarehouse, a leading e-commerce site offering dermatological and skincare products. Stefanie’s digital marketing background and extensive knowledge of skincare products drove her to launch DermWarehouse – a skincare and beauty website, serving customers from around the country. DermWarehouse offers high-quality, professional-strength skincare, makeup, and hair care products as well as expert advice, information, and tips. 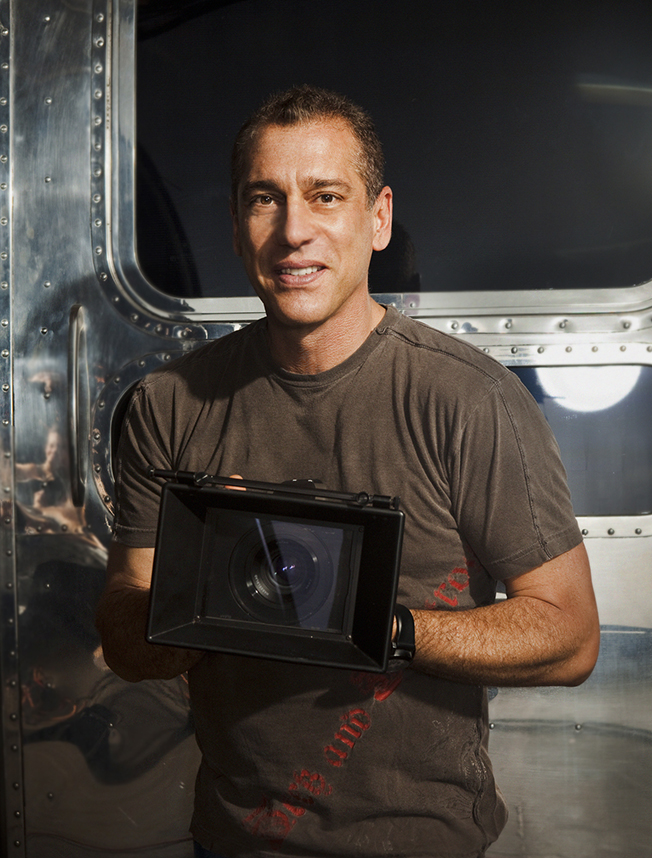 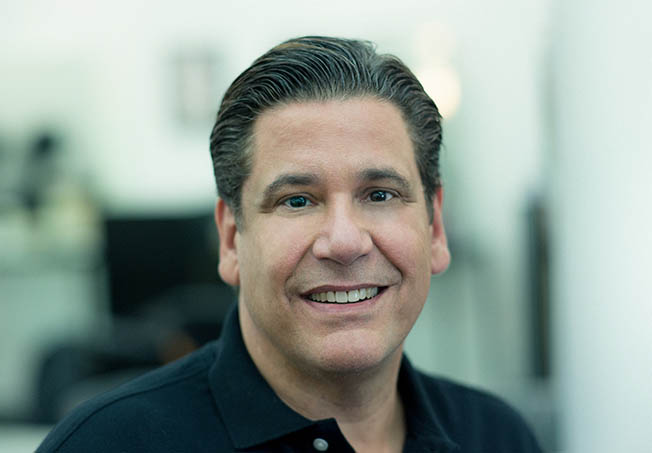 Hollywood’s most sought-after colorist and co-creator of “The Rachel,” Michael Canalé, has revitalized Jennifer Aniston’s look. Best known for being Jennifer Aniston’s longtime colorist (he, along with stylist Chris McMillan, created the coif that later became known simply as the “Rachel”), Canalé is frequently called upon by celebs, models, and industry elite for his innovative technique and keen eye. Highly regarded for his corrective color method, he focuses on the natural beauty of hair, making sure to protect and prevent damage. Since the beginning of his career, Canalé has been a true pioneer of his style, leaving clients with hair that is healthy as it is gorgeous.

In addition to Jennifer Aniston, Michael Canalé has been working with the blonde beauty, Kate Hudson to create and maintain her golden locks throughout her pregnancy and life as a new mom during her campaigns for Fabletics and WeightWatchers.

With over 30 years’ experience, Michael Canalé is a rare talent and truly among the best in the industry; his work has been published in Allure, Vogue, Vanity Fair, Women’s Health, Elle, Marie Claire, Redbook, Glamour, and New Beauty, to name a few. 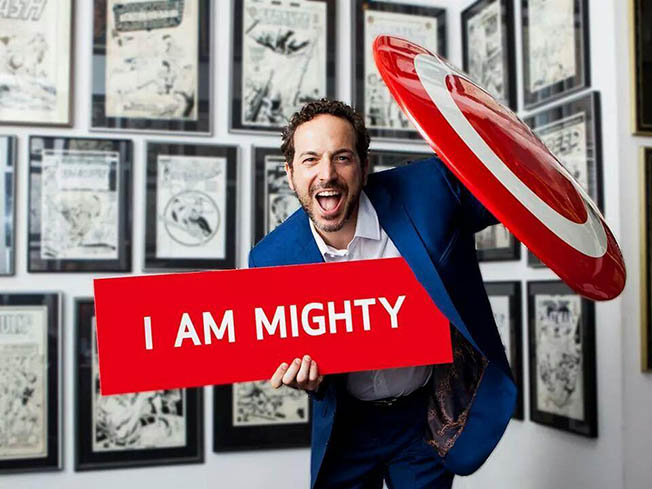 Vincent Zurzolo grew up in Rockaway Beach, Queens in New York City. He’s always loved comic books as a kid. He decided to make a business out of something he loves so he began buying and selling comic books with a friend – he was 15 years old at the time. He started at the bottom of the ladder, he was even selling comic books on the streets of Manhattan. When he graduated in 1993, he was selling comic books part-time through school. Six years later he merged companies with his partner Stephen Fishler. After years of working hard, he eventually achieved success and he is now the co-owner of Metropolis Collectibles, the largest dealership of vintage comics in the world. In 2007 they started a second brand called ComicConnect.com which is the premier online auction company in the world and in 2015 they started Metropolis Gallery which is the only gallery in New York City that focuses on comic books and fantasy art. 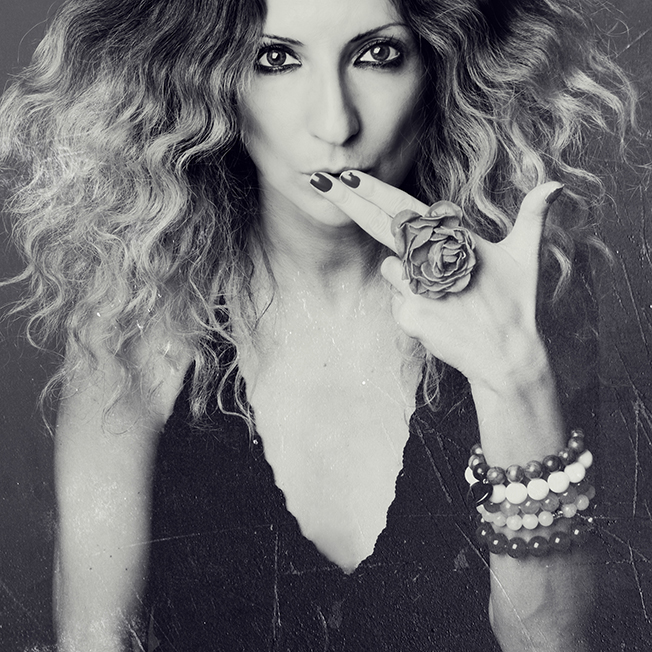 Pazit Perez is the World’s Leading Edge Award-Winning Vision Portrait Photographer. She is a Visionary, Conscious Creator, Entrepreneur, Author and the founder of the “I Have A Dream Academy.” For more than twenty years, she has captured edgy stand out personality style portraits for professionals, artists, celebrities, and families. She rebrands personal identities with their vision for success through photography so they can see and achieve their goals, in a short period of time.

Vision Portraits was born from her own personal journey, Pazit went from rock bottom to rock star at the speed of light and achieved her permanent life-changing transformation within 90 days.

Being completely conscious of how she did it, Pazit vowed to spend the rest of her life teaching these principles to increase the life of others. By rebranding their personal identity through photography, they can identify with their vision of success to achieve their goals, build and live richer lives exactly the way they picture it to be. 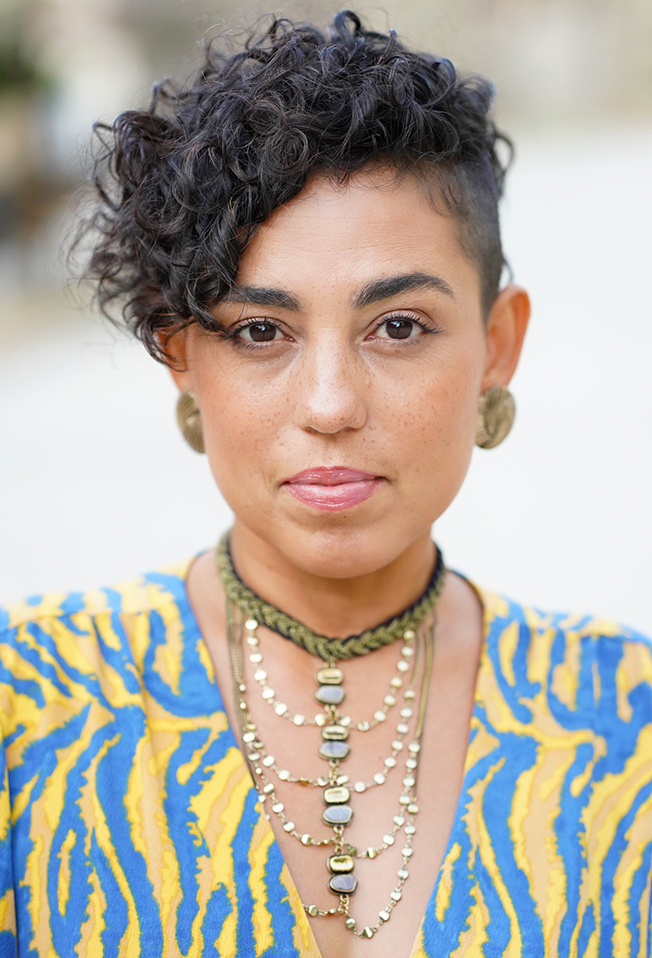 With over 2.1 million social media followers and 12 million website views annually, DIY Fashion Expert/Girlboss Mimi G has defied all odds to emerge as the most influential woman in DIY fashion, propelling herself into the ranks of Martha Stewart, Lauren Conrad, and Chrissy Teigen.

MimiGStyle.com began as a hobby, and has blossomed into the world’s leading DIY fashion/sewing online destination, where Mimi G models her original designs/patterns ranging from business wear to swimsuits that fit the everyday girl, create free tutorials of her on-trend sewing patterns (Turn Your Jeans into a Skirt, Refashioned Sweatshirt into Dress, Men’s Shirt Into Off Shoulder Button Up), personally answers every DIY sewing question (i.e. what fabrics to buy, what projects to start with, etc.), and so much more. She also created the world’s #1 online sewing school SewItAcademy that works for everyone from the first-time sewing novice to the expert seamstress. SewItAcademy helps fashionistas of all levels master the fundamentals of sewing, work at a pace that allows time to practice, learn the importance of specific techniques, break free from mundane methods, and create trendsetting clothing and accessories.

Mimi G has worked with celebrities like Gwen Stefani and Jennifer Aniston, companies like Target, Revlon, and Google, and has been featured in People Magazine, Parade Magazine, POPSUGAR (to name a few) for making sewing hip and accessible. 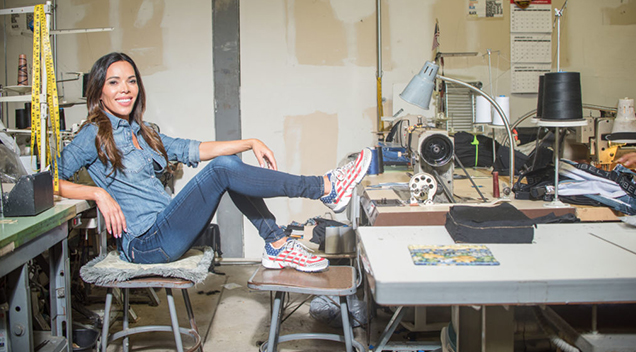 It all started in 2006 when SPIbelts Founder, Kim Overton, went for a run with nowhere to comfortably hold her key. Afterward, she went home and assembled the first SPIbelt. After months of hard work, development, and patenting, SPIbelt officially launched in February of 2007 out of Kim’s Austin, Texas apartment.

Eleven years later you can find SPIbelt products in over 40 countries. Despite SPIbelts international success, its headquarters remain in Austin, Texas where the majority of their products are still being handmade. 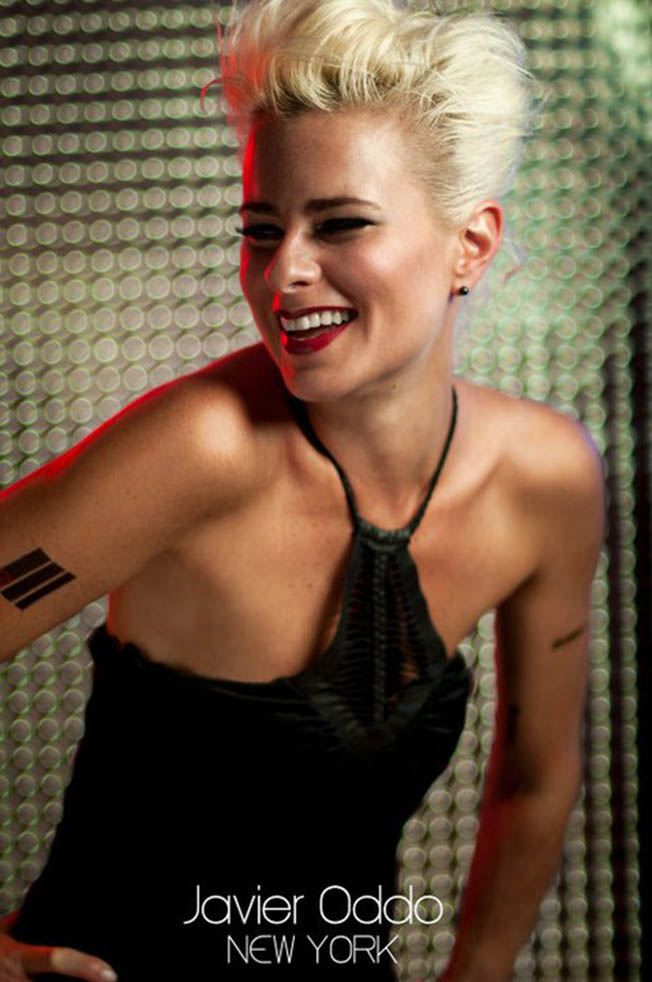 Lori Cheek is an NYC based architect turned entrepreneur, Founder, and CEO of Cheekd that removes the “missed” from “missed connections.” After working in architecture, furniture, and design for 15 years, she came up with an idea that lead her into the NYC world of technology and dating. She has been coined “the Digital Dating Disruptor,” listed as one of 12 “Inspirational Women in Tech to Follow and as one of AlleyWatch’s 20 most awesome people to know in the NYC tech scene. She’s also a Shark Tank Vet, a TEDx Speaker and has been featured in Forbes, The NY Times, Wall Street Journal, Huffington Post, The NY Observer, Entrepreneur Mag, Fast Company, Inc Magazine and so much more.

When most people would have quit years ago, she only hustled harder to keep her dream alive! She could be the walking poster child for the age-old phrase, “what doesn’t kill you only makes you stronger.” It wasn’t an easy ride but she’s never been happier in her life. A lightbulb moment 9 years ago changed her life forever, she left her $120K a year (60 hour work week) design job and now she owns a business that Wired Magazine recently questioned, “Is this the future of online dating?” She has gone from 15 years of helping others build their dreams to a life finally dedicated to building her own.