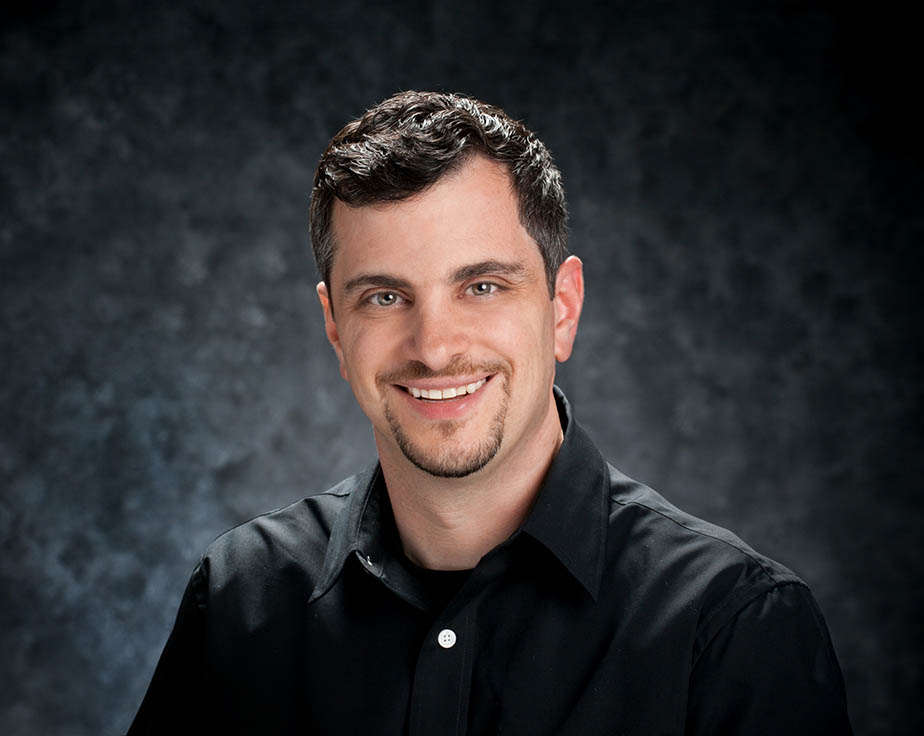 Dr. Richard Shuster is the host of the Daily Helping Podcast which is regularly downloaded in over 70 countries and has featured high-profile guests such as Patch Adams, Hal Elrod, Bob Burg, John Lee Dumas, David Osborn, Temple Grandin, Dorie Clark, and many others. His mission is to help others become the best versions of themselves and as a result, make the world a better place. Many of his guests are well-known authors and his audience tends to be focused on personal growth and entrepreneurial in nature. As a result of the success of his show, he’s now launching a nonprofit which provides therapy services for children.

We recently caught up with Dr. Richard to discuss his journey to entrepreneurship and here’s what went down:

My career began in the IT sector although while building a consulting company, I was severely injured in a car accident which among other injuries resulted in a broken back. This started me down a new path in which I wanted to have a more meaningful life and help others. Now, I’m a clinical psychologist and host of The Daily Helping Podcast (www.thedailyhelping.com) which is regularly downloaded in over 70 countries. I created The Daily Helping as a means to have a greater impact than I can as a clinician. I’m grateful for the opportunity to work with my patients although as a podcaster, my reach is far larger.

I started working on my show in January 2016 but launched it in June 2017. During that period I was up at 4:30 am seven days a week working on creating the infrastructure for the podcast before my family would wake up. All of this was done completely outside of traditional business hours in which I worked as a psychologist. During these early morning hours, I was constantly sending out emails to potential guests, getting the website designed, creating my business plan, etc. My goal was to have at least four months’ worth of episodes recorded before I launched so I was never pressured to scramble for new guests which allowed me to find people who were the right fit for the message of my platform of helping others. Once I launched, the buzz was very positive from the start and began getting noticed in the media which further helped my show grow. I’m humbled and grateful by the people all over the world that download my show and reach out to me letting me know how it has impacted them. I believed that it was going to succeed because of the hard work I had put in but that it happened so rapidly blew me away.

Because of the growth of my brand, I’ve been able to generate income from speaking opportunities as well as through a service provided by myself and my team to help people become the best versions of themselves which is called Personal Helping and can be purchased through my show’s app. This too I spent a considerable amount of time developing and it incorporates elements of my background including technology and psychology. I’m also in the process of writing my first book which I’m excited about. For me, everything I do drills down from my mission of helping others improve their lives. While I’ve considered sponsorships for the show, I’m very mindful of ensuring that any strategic partner or sponsor has to be the right fit.

A number of things. As the show continues to grow, I have been able to attract larger guests and am increasingly asked to appear on other podcasts. Speaking and participating in digital summits also furthers brand awareness of the podcast.

Mostly Facebook and Twitter. Both have their place and serve to inform my audience of the show’s happenings.

I can only speak about Facebook PPC campaigns and it has been very effective. I would advise that before using the ads be very clear on what your goals with the campaign are.

I’m lucky because I am a doctor which helped me gain more credibility out of the gate both in terms of attracting listeners but higher profile guests as well. The feedback I’ve been given regarding my show is that people really gravitate to my show’s message and my story. I also really try and focus during my interviews on the guests ’ why more than their what. This usually results in a more emotionally impactful story which sticks with people.

There are half a billion podcasts out there and so many are in the same space as mine. Once more, I think being a doctor really helped me but I also have an amazing team behind me in terms of the production of the show and it sounds top-notch as a result. Plus, people as I mentioned seem to be really attracted to my show’s message and my #mydailyhelping movement in which I encourage listeners every episode to engage in acts of kindness and post that in their social media feeds. The combination of my show’s message and the ability for a listener to feel good about playing their part in making the world a better place has helped me stand out from the crowd.

There are still so many things I want to do with this platform. The show is called The Daily Helping for a reason and I eventually intend to air daily episodes. While I considered adding more episodes during the week, I decided to put that on hold for now as I’m actively engaged in other projects such as launching a nonprofit for kids. I have more fun interviewing than anything I’ve ever done and hated to make that (temporary) decision but getting my nonprofit off the ground is a top priority for me.

The biggest mistake I made ended up being a huge life lesson for me. At one point, I knew my show was close to generating revenue and I considered taking a hospital job which would have temporarily improved my finances at the expense of my time. During this period, I lost some momentum and ended up spending a ton of time and energy on this. In the end, that position would have further limited my ability to focus on my show and I took massive action after this realization and launched my Personal Helping service offering. Not going to work for that hospital was the best thing that ever happened to me and the lesson is, don’t EVER allow your destiny to be put in the hands of others. Go after what you want and never stop until you get there.

The money I’m earning now and future wealth won’t change who I am as a person. Be very clear on what your personal values are how they fuel your mission. If you can find something you are passionate about, good at, and it can help others, that’s the ultimate combination and you will always remain humble and grateful, no matter how much money you accumulate. 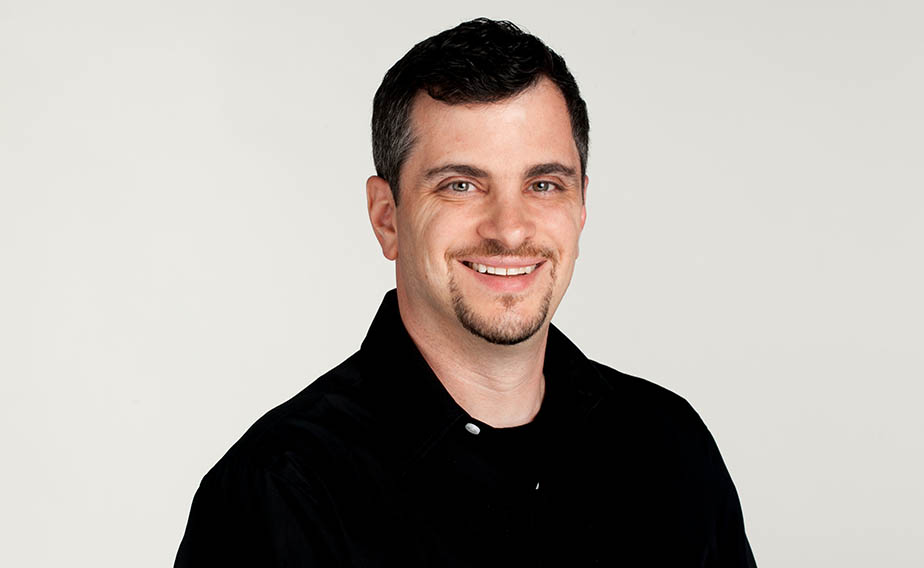 I’m starting it! I’m launching my nonprofit organization called Every Kid Rocks (www.Everykidrocks.org) which is going to provide speech, physical, and occupational therapy to kids everywhere who just need a boost to reach their true potential. I’ve got an amazing team assembled and because of the exposure from The Daily Helping Podcast, I’ve been able to connect with other influencers who are excited about my charity and want to help.

I probably would have hired a virtual assistant to manage a lot of the things I was doing myself. It would have made me more efficient and freed up some additional time.

It wasn’t that long ago but I will say that its notoriety can be seductive. I’ve made a point to stay humble, stay grateful, and continue to focus on taking mission-driven actions. In doing so, the rest will take care of itself.

The Miracle Morning by Hal Elrod would be my top book. Reading this book changed my life. In fact, one of my goals, when I created The Daily Helping, was to one day interview Hal Elrod and go on his show. Both happened almost two years to the day when I came up with the concept for my podcast which was surreal. His book is exceptional and I would recommend it to anybody.

When I was training at a hospital during my postgraduate education, a resident who sensed we were feeling overwhelmed once said to myself and my fellow student trainees that “the work will always get done.” What he meant was that no matter what is on our plate, we have the capacity to get it all accomplished but now as a parent, I view this with additional meaning. For me, I think about this advice as an indication that it is ok to close that laptop and spend time with my family. The work will always get done but our kids only grow up once and we don’t want to miss it.

Be very clear on your why. If your business goal stems from a value-driven mission, it will be easier for you to accomplish than if your objective is to solely make money. Also, surround yourself with people that are going to support you and distance yourself from those that won’t. This has been researched countless times by many people but the most successful people spend time with others who think and act similarly.