Entrepreneur To Watch Out For In 2021: Introducing Yash Jain, The Founder Of Hero Trainer 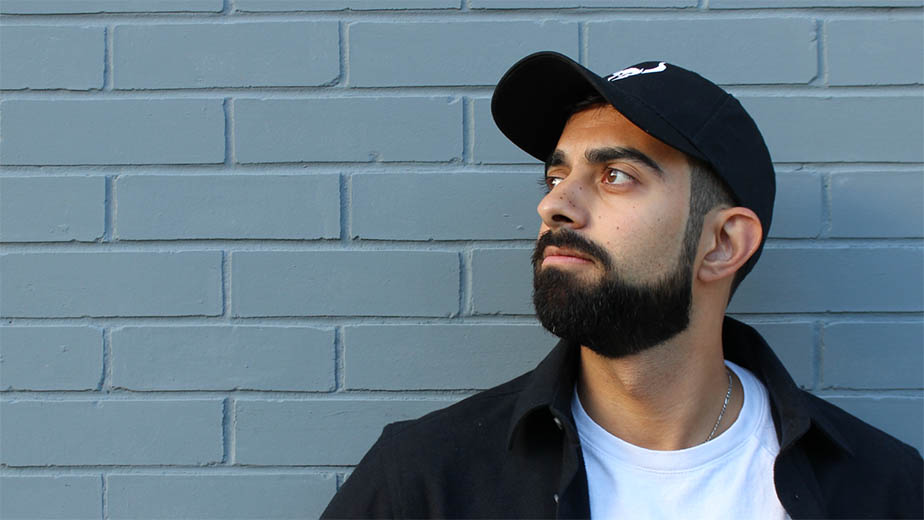 Yash Jain, the founder of the revolutionary new fitness app for gamers: Hero Trainer. He has an undergraduate degree in biomedical engineering, a Master’s in Biotechnology and Engineering Entrepreneurship, and a Master of Business Administration. But despite Yash’s brilliant technical background, he found himself in a completely different career space but was always an avid gamer. Combining his passion for gaming along with his technical expertise, with the help of many mentors he brought the Hero Trainer concept to life.

Hero Trainer is a free mobile app on iOS and Android where users can earn rewards in dozens of games on all major consoles just for collecting steps. The app counts steps and translates into direct rewards for gamers, with the ultimate goal of encouraging bigger health and lifestyle changes. It syncs with Google Fit or Apple Health, and points earn rewards in dozens of games on PC, Xbox, Playstation, and Nintendo for walking, all for free.

StarCentral Magazine recently caught up with Yash and here’s what went down:

Could you please tell our readers a brief background about yourself and how you started your business? (if you have a bio already that would be perfect)

My name is Yash Jain and I am the CEO of Hero Trainer — a free mobile app where users can earn rewards in games on PC, Xbox, PlayStation, Nintendo, Apple, and Android for walking.

I have always struggled to stay motivated to exercise, even when I did have free time. I always chose gaming over exercising. It made me realize I cared more about my own character than my own health. When Pokemon Go came out, I started to walk six miles to work instead of driving, hoping to catch new Pokemon. In that first month of launch, it felt like world peace — people were outside exploring trails, all kinds of people from different generations were mingling, and small businesses were booming. However, people lost interest a few months later because they got bored of the game like Wii Fit or Beat Saber. My vision was to develop an app that not only emphasizes fitness and social interaction but also works for ANY game. This way you don’t have to get fit with a game you no longer care about.

Talking with users is the most important task I do every day. It not only allows me to polish the existing product but also engages the users and makes them feel part of the journey. They are more likely to refer their friends if they feel it is partly their product or a mission they are helping support.

There are the common ones I use that are typical — Twitter and Instagram, but there are two that I use that are specific to the gaming industry. Twitch and Discord. Twitch allows me to talk to my users face to face and do everything from showing them my thought process for app designs, get feedback, and we even designed a t-shirt together on stream. Discord allows my users to engage with other users about many topics from recipes to exercises to cosplay to simply chatting about their daily life. Both of these platforms focus on the community and the personal connection to the brand as opposed to standard corporate talk. Especially in the gaming space, no one likes corporate “shills”.

I don’t typically recommend paid advertising because it artificially grows your user base. You don’t get an accurate measurement of how attractive your product is to people and eventually your cost of acquiring users will increase as you start to get new users. I would only recommend using it as a crutch to identify a target audience, brand voice, and image assets, as opposed to the core mechanism from which you find users. A good product is found through word of mouth and referrals, rather than paid advertising.

My main tactic is heavily relying on my mission of helping people get fit. People support a company’s mission that resonates with them. My mission is to help people get physically, mentally, and socially fit. However, any gym or wellness app can claim this tagline. But what separates me is that I am focusing on a group of individuals long forgotten by the fitness industry, gamers.

It is easy for gamers to recommend this to their friends because who wouldn’t want the above benefits? Even if they don’t care about those benefits, the app is free and they get video game rewards that they would normally have to pay for by just walking outside!

Referral takes the cake. Two ways, one is word of mouth — users want to be “in the know” and tell their friends about it. Additionally, they are incentivized by getting points in their game for referring their friends. We also have an influencer program that further capitalizes on this and gives a clear path for users to grow from 0 followers to fully paid influencers.

Letting a consulting team go. Sometimes you love the people you work with for who they are, but the communication and results don’t translate well. It was highly unfortunate. I had high hopes for working with this team, but either they were stretched thin amongst several clients or they made promises they couldn’t cash in on.

Focus on the design. Fewer features, more beautiful design. There is a fancy toothbrush that is being marketed by a company and doing really well. It doesn’t do anything different than a regular toothbrush and I suspect it may do a worse job of cleaning, but it is booming because it looks slick. People like nice-looking things. Whether you’re a small company or a big company, the design makes a huge difference and also adds a lot of credibility to your product.

I spent too much time on making the features and jumping to the next one (Silicon Valley-style), and that did not work well for me. It eroded trust because functions were buggy, it looked poorly designed, and nothing really changed. 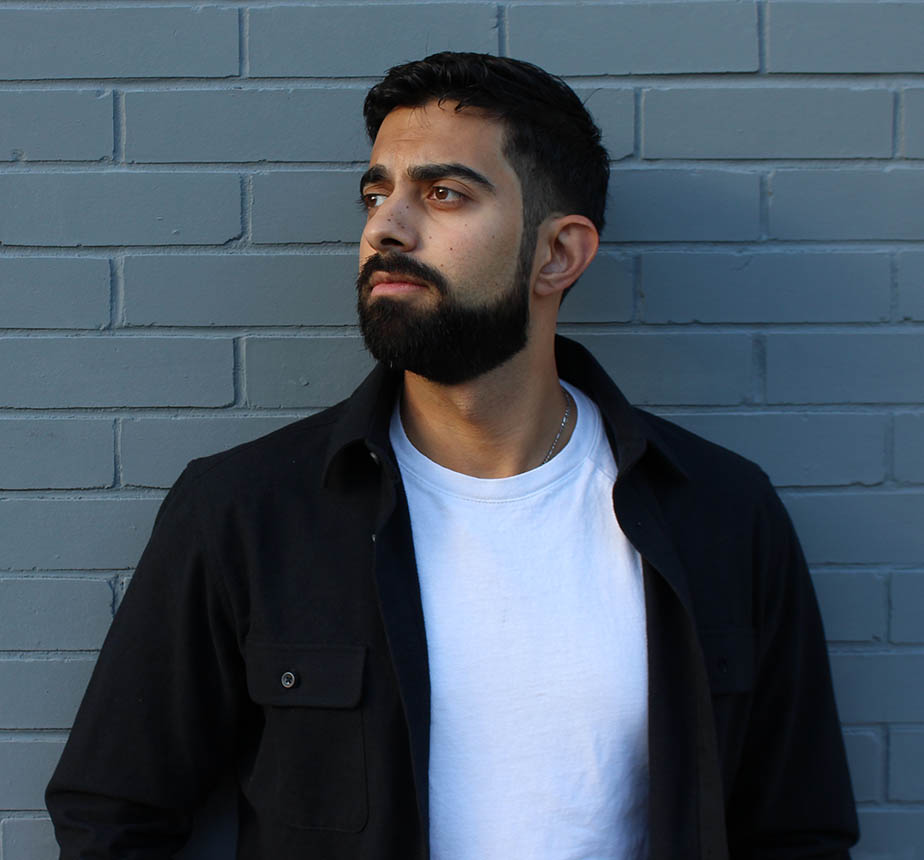 The funny thing is that I left the biotech space to start a company in gaming. I would never ever want to leave this company I’ve created behind, but say I had another of me, I would start a lab-grown meat company. Be warned, you’ve opened a can of worms here. I will explain everything about it!

I’ve never had meat in my life as I was raised vegetarian by my family and religion. However, I would love to eat meat, but only if the animal isn’t harmed when it is made. Lab-grown meat would address so many problems in today’s society. First and foremost, it doesn’t kill an animal to be made. It simply relies on a cluster of cells that are extracted from the animal and then you grow a part of the animal. The animal is unharmed.

Next, it is environmentally friendly. You don’t need a whole field of crops to grow the food to feed the animals, you just need a tiny lab to feed the cells. This not only drives the food cost down since less of it is being used to feed livestock, the fields could be used for other purposes, and there is less methane emitted from the animals. Also, the cost of meat would be extremely affordable, with fewer resources used, quicker output, and higher quality meat.

Focus on making the landing page and MVP (minimum viable product) as aesthetically pleasing and beautiful as possible. Design makes users more likely to rate a product highly. It also attracts new users and makes them more likely to convert and sign-up. Having an appealing landing page alone would have attracted many users before I launched my product.

Plan for the worst, but hope for the best. Everything that will go wrong usually does go wrong in the startup world. Understanding that and being able to roll with the punches as problems come up helps you keep moving. It’s a mentality you learn on the job from failing constantly.

What advice would you give to a newbie entrepreneur setting up their first business?

Take it slow. The silicon valley mantra is move fast and break things. However, beyond the fact that it is a terrible idea and you’ll erode your trust and goodwill with users, it can also destroy your personal health. Take your time. Don’t worry. No one is going to come and steal your idea because building a company is about execution, not the idea.