Entrepreneur To Watch Out For In 2021: Meet Cody Miles, The CEO And Founder Of Ashore 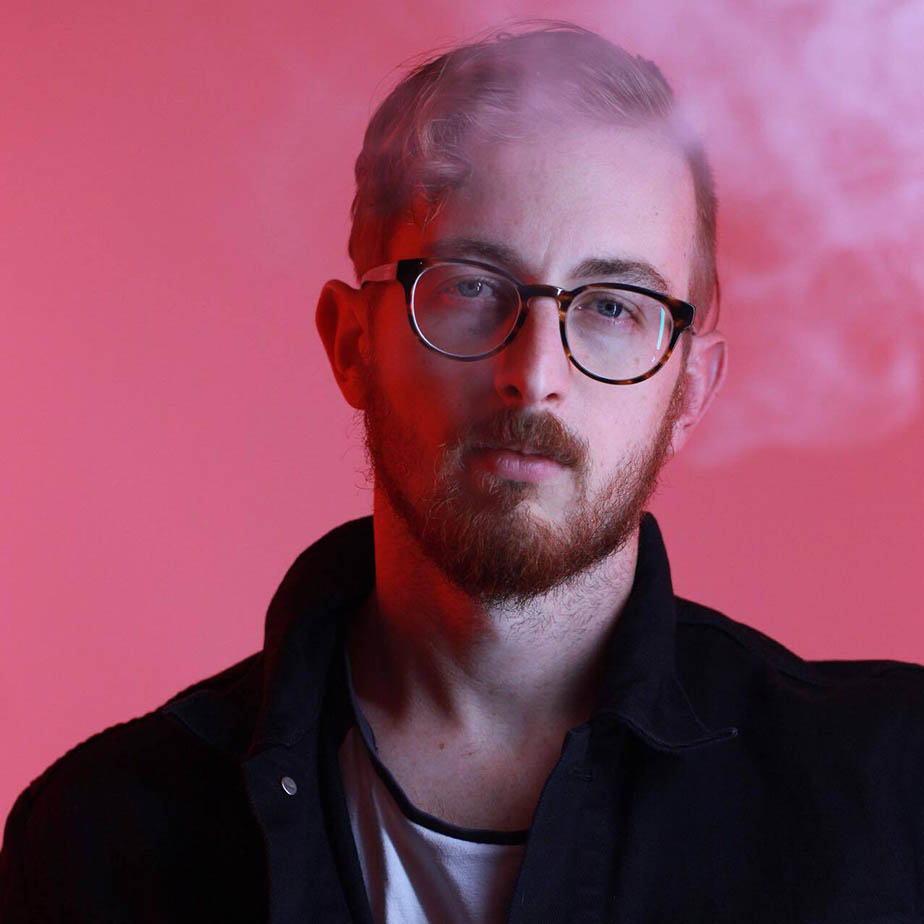 Cody Miles is an Austin, TX-based entrepreneur and UX designer. After years of struggling to collaborate with his clients, Cody founded Ashore, an online proofing software for high-velocity creatives and the behind-the-scenes collaboration software used by creative teams at Disney, Adidas, Uber, and Coca-Cola. Cody created Ashore because creatives speak a different language. After years of running a creative agency and struggling to collaborate with his clients, Cody developed the first iteration of Ashore. Since then, it has become a fully automated platform that manages the approval process for nearly 10,000 creatives. Today, Cody utilizes his background to run both Ashore and his digital marketing agency, Brandcave.

StarCentral Magazine recently caught up with Cody to discuss his journey as an entrepreneur and here’s what went down:

I’m not entirely sure. My dad was a failed entrepreneur, and it might have started there. My mom and I struggled a lot. I’d do anything to make a little extra money. My first employer out of college, Jorge Sauri, is most likely to blame though. Jorge was a pioneer in finance cloud technology in its early days. He was a constant source of inspiration and wisdom as I stepped into entrepreneurship, and remains a guiding figure in my life. When I have the opportunity to offer guidance to anyone, it’s usually a poorly-restated version of something he has told me. I do not know if I would be in the same situation today if he hadn’t spent as much time investing in me. I’m grateful!

Prior to starting my first company, Brandcave, I overworked myself in a middle-management position at a large creative agency. My daily commute was nearly 3 hours roundtrip. I worked early and stayed late. My cubicle was ugly. There weren’t enough resources to do anything right; I was failing awfully at most projects. It was lonely and high-pressured. I’d have stress nightmares about my co-workers and clients. There was a high level of imposter syndrome. I eventually cracked, and naively thought: I could probably work a little less and get paid at least the same. That wasn’t true at first, but it got much, much better over time. The success of my first startup eventually led to the birth of my second, Ashore. The journey has been phenomenal and I wouldn’t trade it for anything.

Growth is arguably the most fulfilling feeling in the world. Stepping into entrepreneurship is a challenge. You question the decision often. There are stretches of time that feel insurmountable. But, being able to reflect on tangible results, either within your organization or yourself, has a self-motivating, self-perpetuating effect. Success is addictive. It feels great to provide opportunities for others to succeed and have fulfilling careers. It makes it easy to show up to work. 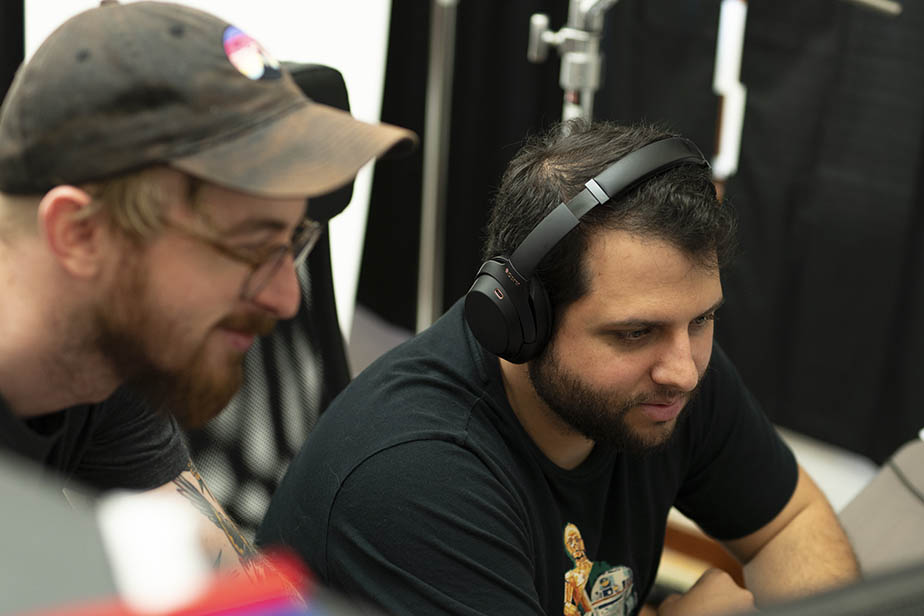 Can I use “Growth” again? It’s true. Every day is a growing process. In every sense, I’m learning to be a better person — whether as an employer, a husband, a CEO, or a creative. Nothing goes untouched as an entrepreneur.

Today, my attention is mostly focused on Ashore. Here were those motivations:

1. There was an unexplored business opportunity. I suspect every successful entrepreneur has an eye for opportunity, and I couldn’t shake this one. When Ashore was conceived, there were few meaningful proofing solutions on the market. None solved the business problems I cared about. I was an expert in this space, given my prior experience with Brandcave. The idea kept me up at night and, when I slept, I dreamed about this app. I nearly solved the UX design in my sleep.

2. I suffered from a business problem. I saw Ashore as a financial opportunity, of course, but I saw it solving my own problems as well. Poor feedback and unclear criticisms are massive contributors to burnout — especially in creative industries. Virtually every creative will end up in a position where their work is harshly and vaguely reviewed. Ashore was designed to solve my own problems first.

3. It solved problems for others too. Before I wrote code, I met with every creative director that would let me buy them lunch. I needed to know Ashore would help them, and it did. The reason I built my company, and the reason I go to work every day, is to increase the joy in creatives’ lives and their collaboration with others. That’s the ‘why’ behind Ashore. We know we’re doing something right when we’re building joy for our customers.

Make room for innovation, even if it’s risky. Innovation takes both mental and physical space; when we focus too much on the tasks directly in front of us, we take away the ability to innovate. If you want a culture of innovation, you need to provide enough space and resources for your employees to experiment. Part of this is rewarding failure along with success. Not every idea is a winner, but every idea is a step toward a better idea. 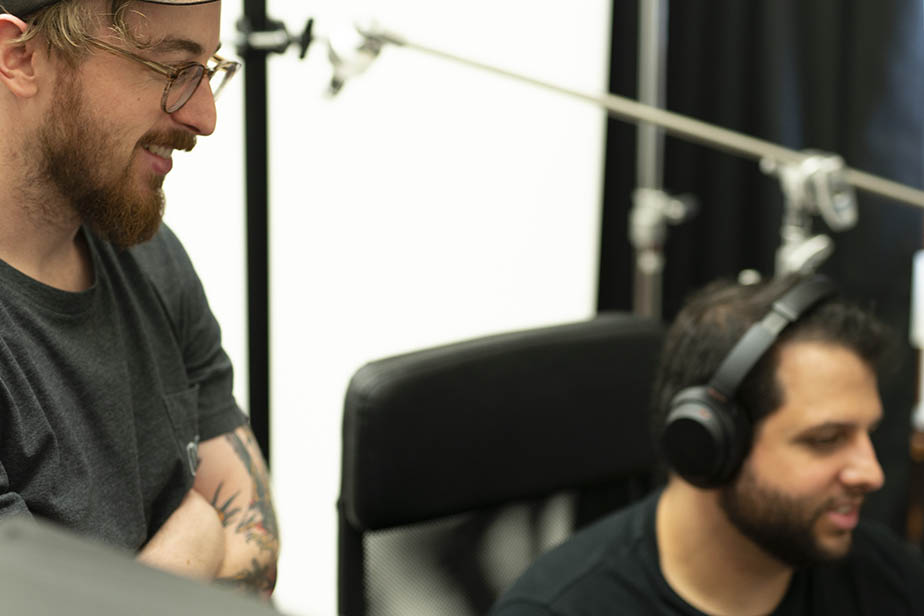 1. We had to rebuild Ashore. It’s been an incredible experience running Ashore, but it hasn’t always been easy. The biggest problem I faced when building Ashore was with the software itself. Shortly after building our MVP, it was determined that our infrastructure was poorly designed and unscalable. At a certain point, I realized the more features we added, the more technical debt we were accumulating. Instead of doubling down on an imperfect product, we decided to build Ashore from the ground up. The second time around, we chose a lean development model and implemented the suggestions and feedback we received from our clients. Today, we have flexible features to fit any type of workflow. The success of the new Ashore demonstrates that there is sometimes an ROI in rebuilding.

2. Building a successful team is difficult. We bootstrapped Ashore; it was funded by my first startup, Brandcave. Unlike other VC-funded software companies, we couldn’t hire rockstars immediately. Instead, we had to create them. Building a team is difficult. It takes the right kind of eye to identify people with a hidden talent. It takes patience and time to nurture them. It doesn’t always work out. Sometimes you invest in someone, only to have trained them for another company. When you build a team in a bootstrapped company, you have to sell the endgame and provide a map to get there.

3. I needed better boundaries. When you’re building a software product or any company, it requires time. That’s a given. But, too many early-stage companies fail because the founder burned out. It’s a predictable cycle. The company is not growing fast enough, there is pressure from investors to produce, the CEO takes it on him/herself to split the difference. Too many families fall apart because of the entrepreneurial spirit. I’ve been prone to overworking too, and it’s negatively affected, my family. Fortunately, my family is healthy today. That’s entirely due to making hard-and-fast rules when it comes to my boundaries. There are certain lines I do not cross: I don’t work at home, and I don’t work on Sundays.

I come from a marketing background. Ashore was lucky enough to leverage the team behind my creative agency, Brandcave, to manage its creative assets. We’ve explored virtually every marketing channel, and our strongest channel is, by far, organic search. We’re currently exploring partnership opportunities with our friends at Dribbble. If you visit their blog, you’ll see a recent post from us.

Communication is key. As you grow your team, it’s important to communicate clearly and communicate often. Some people call it vision casting. Your employees need to know where they’re going, inherently understand the mission of the company, and make decisions based on the values of your organization. 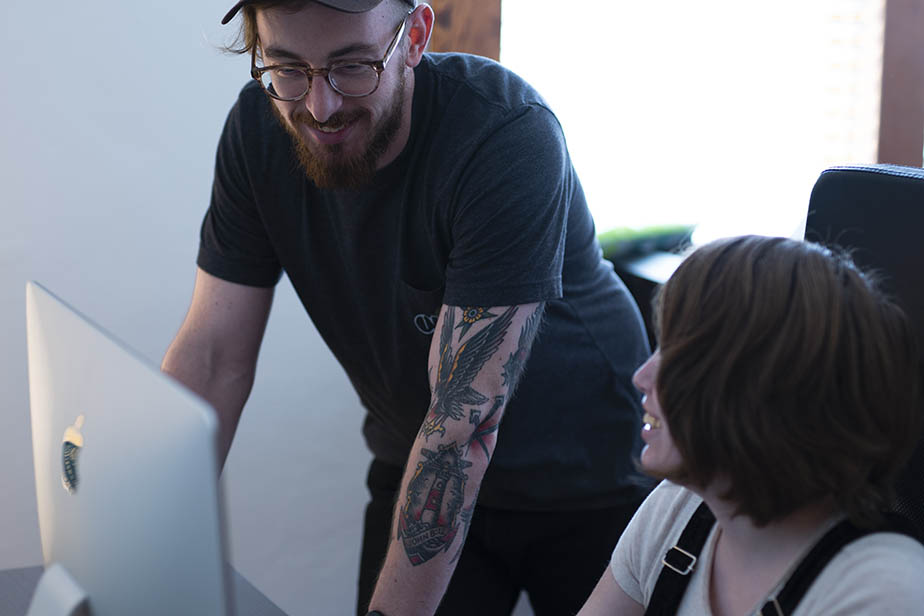 There’s a poster in my office that says “You have to make every detail perfect, and you have to limit the number of details”. Supposedly, Jack Dorsey said this originally. A guiding principle in our company is to double-down on things that work, to not go above our means, and to be excellent in all things. It’s working alright so far.

Build it right enough. Don’t make sacrifices for time or money. Do it right. If you know you’ve built it wrong, rebuild. On the other side of things, don’t do it too right. It’s important to accept that you’ll never do anything perfectly. MVP means “minimal viable product.” You only need to do enough to warrant income, and let your customer feedback determine your roadmap after that.