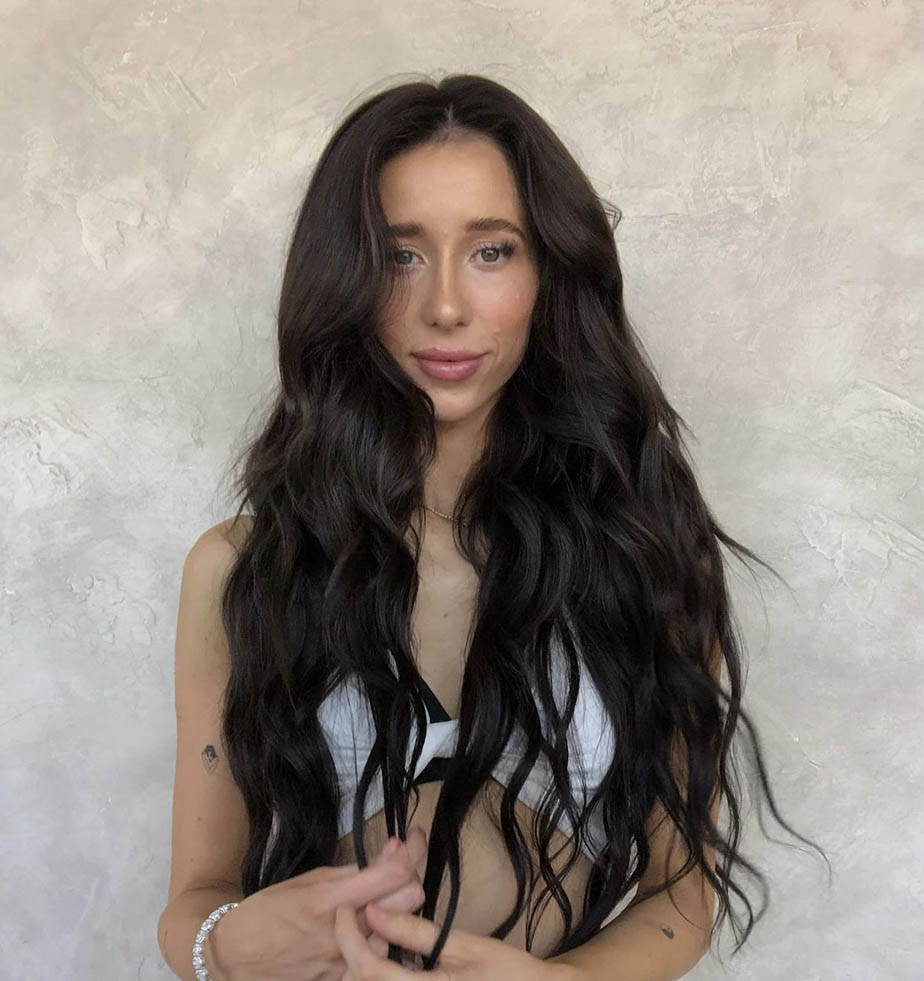 Influencer Indy Blue was sick of having other brands evaluate her worth, so she built something of her own. In 2019, she launched the streetwear brand Lonely Ghost and it’s had an insane amount of growth and success, as covered by Forbes. In recent months there’s even been some copyright drama with Addison Rae’s brand, Item Beauty, seen on Seventeen Magazine. More than anything, Lonely Ghost and Indy are paving the way for influencers to know their worth, changing the future of Sponsored Posts on Instagram.

StarCentral Magazine recently caught up with Indy Blue to discuss how the economy around Instagram will soon begin to drastically change due to sponsored content and influencer culture and here’s what went down:

It’s been cool to be a part of the birth of an industry. I was an OG influencer! And back then, it was still kind of a joke. No one took it seriously, especially not as a job. Not a “real job” anyway. Now, years later, it’s a 7 billion dollar industry. It’s how every brand advertises. More than commercials, billboards, or magazines. I definitely think influencing will evolve, but as a whole, this style of marketing isn’t going anywhere. It’s a new era. So, I guess personally, to have been so involved from the beginning, has been my favorite part. To experience this shift in our culture firsthand, to watch it become this massive industry. And enough time has gone by that people are finally starting to congratulate me for what I have built through being an influencer – instead of making fun of me for it behind my back. 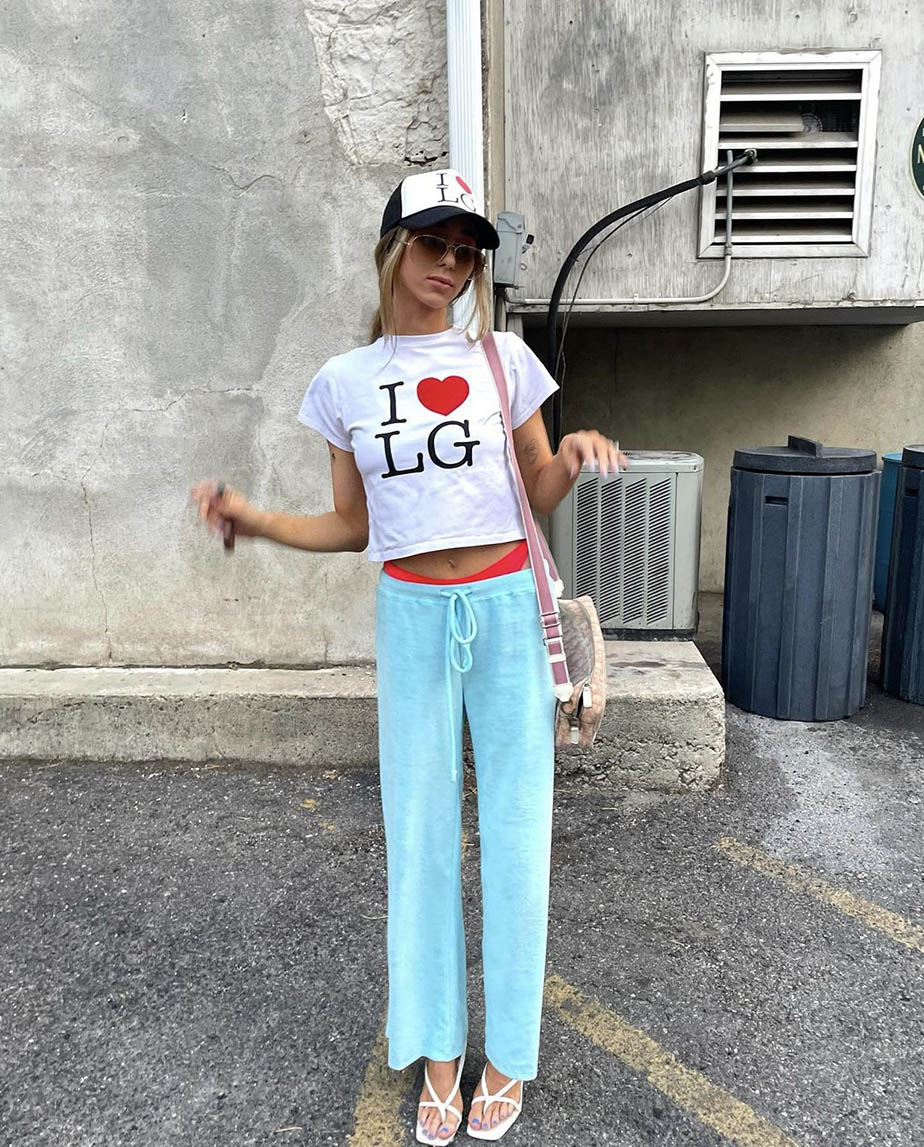 The downside to being an influencer?

There is no empathy for influencers. And the irony is I will probably get a lot of backlash for saying that. But that’s my point. People beg influencers to be authentic, but everything they post is picked apart by the masses, and often used against them in retaliation. As a society, we hold influencers to heavier standards than anyone else. All dictated by a number on a screen, if you hit a certain threshold of internet “fame”, your societal expectations will change. There will be different rules and requirements for you. You will suddenly need to have a vast and unbiased knowledge of whatever current issue is on the news. Because you’re now tasked with being the news source to everyone who follows your account. “You’re an influencer!” they’ll say. “You signed up for this.” Everyone is allowed to project their anger and hatred onto you, “because you’re an influencer. you signed up for this.” It’s the answer to everything, and it’s really just a poor excuse to take out your inner frustrations on a stranger. No one “deserves” to be the target of online harassment. 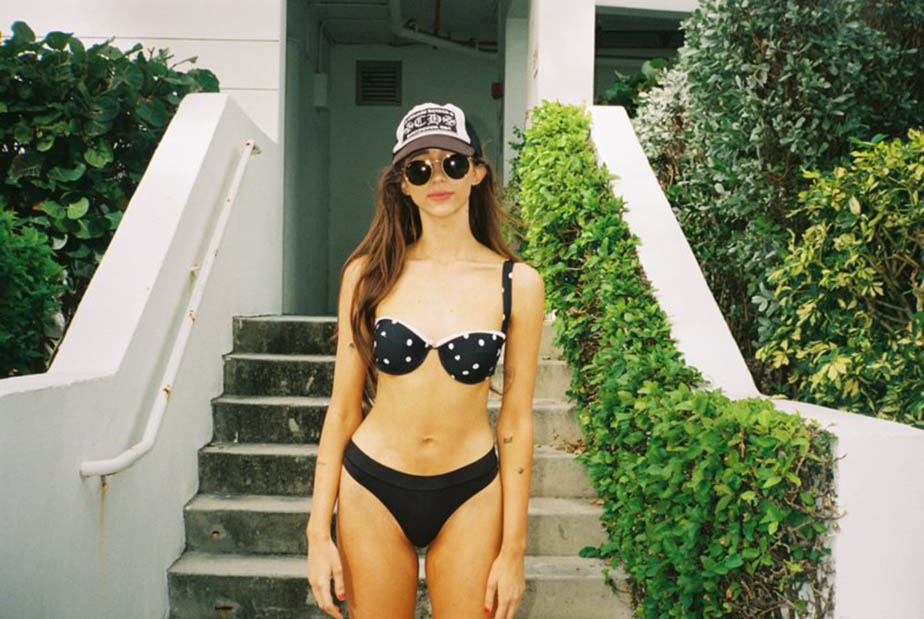 What has been the most memorable experience of being an influencer so far?

I stumbled upon influencing, quite accidentally. Back in 2016, I was young and broke, traveling around Thailand with some friends. We were staying in a hostel but wanted a more luxury experience, so we attempted to sneak into the pool at the Four Seasons Resort. We got caught, but right before we were thrown out, I quickly crafted a story about how I was a travel blogger there to review the poolside restaurant. It worked, and it worked so easily, that I started doing it full time. Emailing every hotel I could find, and pitching them, asking for a free night’s stay in exchange for a post on my steadily growing Instagram. I had never really heard of anyone doing this unless you had a show on the travel channel or something. So I thought it was the coolest sh*t ever. The influencer marketing industry obviously took off, and because of that, it’s ten times as hard to negotiate deals with hotels. So I think to have all those memories of traveling the world is what I loved the most about being an Influencer. I’ll cherish those forever. 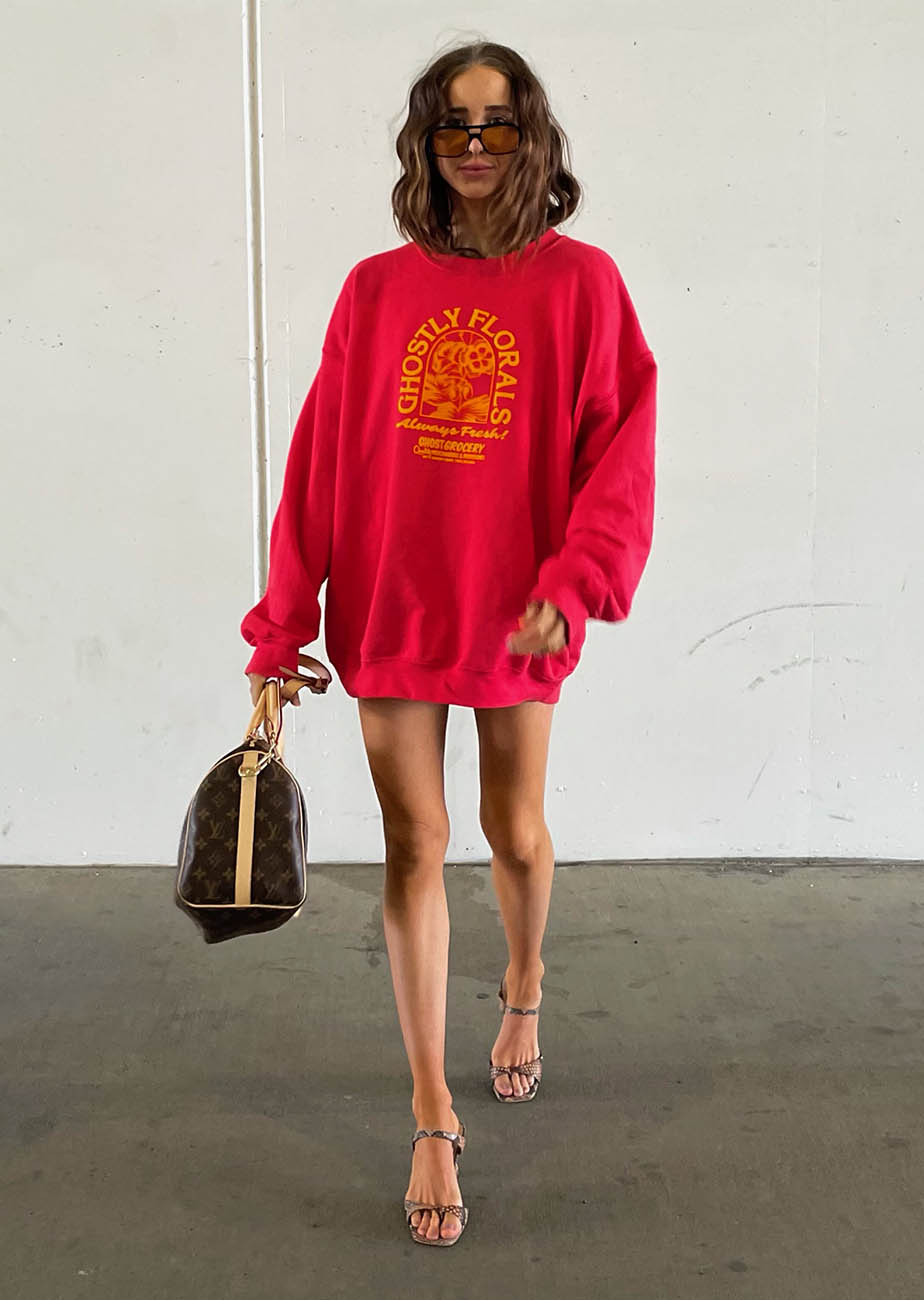 What has been the most valuable lesson you’ve learned while in the industry. This can be about the industry or about yourself.

Everyone repeats the phrase “social media isn’t real!” but I didn’t fully come to understand what that meant until recently. Social media felt like my life. The online world greatly impacted my real one. So it was hard to separate the two. This year, I realized the only “real” world was the one outside of my phone screen. And it dawned on me how I had been missing my own life, being so consumed in the online world. I have a better balance now. I appreciate social media for the tool it is. To connect with people, to express myself, to use my voice. But I don’t live there anymore. I guess you could say. I’m living my own life again. 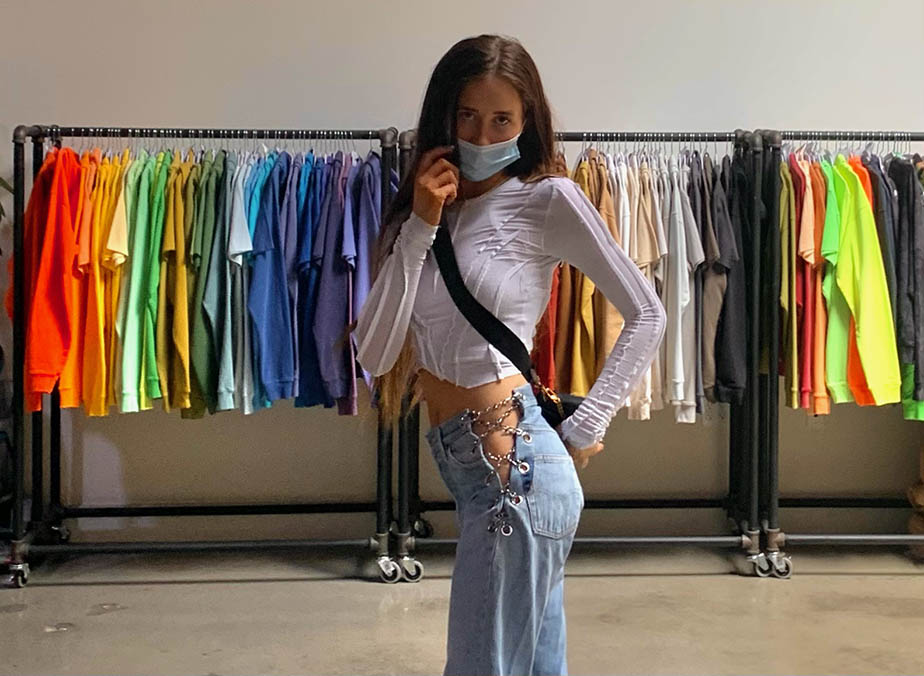 Can you tell us more about your streetwear brand Lonely Ghost?

I’ve always been into fashion, specifically streetwear. But I never felt cool enough for it. It seemed like an exclusive club that I could never get into. If I saw someone with the same Supreme bag as me, instead of a head nod, I’d get an eye roll. I hated that. And those clothes didn’t make me feel cool either. They just made me feel like I was trying to be cool. I wanted to create something that everyone could participate in. Clothes that made you feel good about yourself. Phrasing that welcomed positivity and interaction. And that’s what we did. We’ve hit such a sweet spot where kids, teenagers, adults, even grandparents rock LG. When someone sees you wearing Lonely Ghost, instead of being embarrassed that someone is wearing the same hoodie as them, they’ll weave through traffic to say hi. You’ll end up having a 10-minute conversation. People connect over our clothes. That’s rare. It’s a club with room for everyone. I’m so proud of it. 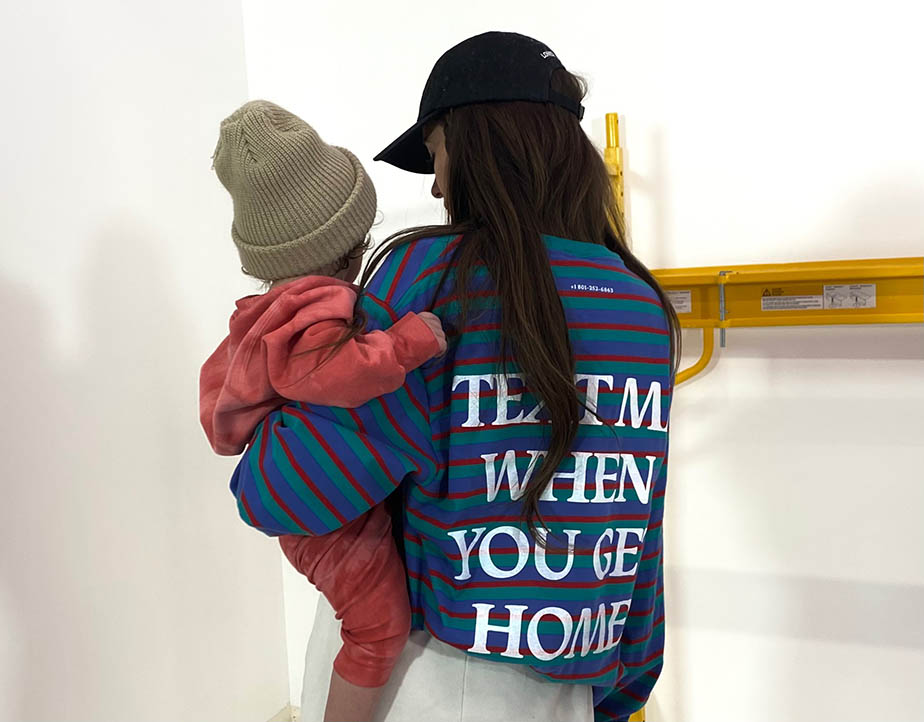 You seem to be paving the way for influencers to know their worth, changing the future of Sponsored Posts on Instagram. Can you tell us how you’re doing that?

Influencing works for a reason. You’re more likely to buy that new groundbreaking vitamin C serum if you hear about it from your favorite blogger than you’d be if you saw an ad on the side of a bus. But I didn’t understand my own value as an influencer for a long time. I felt like an impostor, anytime a company would send me a free product. I eventually began to see how much money and exposure I was actually bringing in for these brands. My advertisements were a success. And then it hit me, how getting a free curling iron was hardly mutually beneficial to the thousands of dollars, followers, and website traffic my endorsement provided. This is when I decided to start my own brand. I was going to be my own influencer. 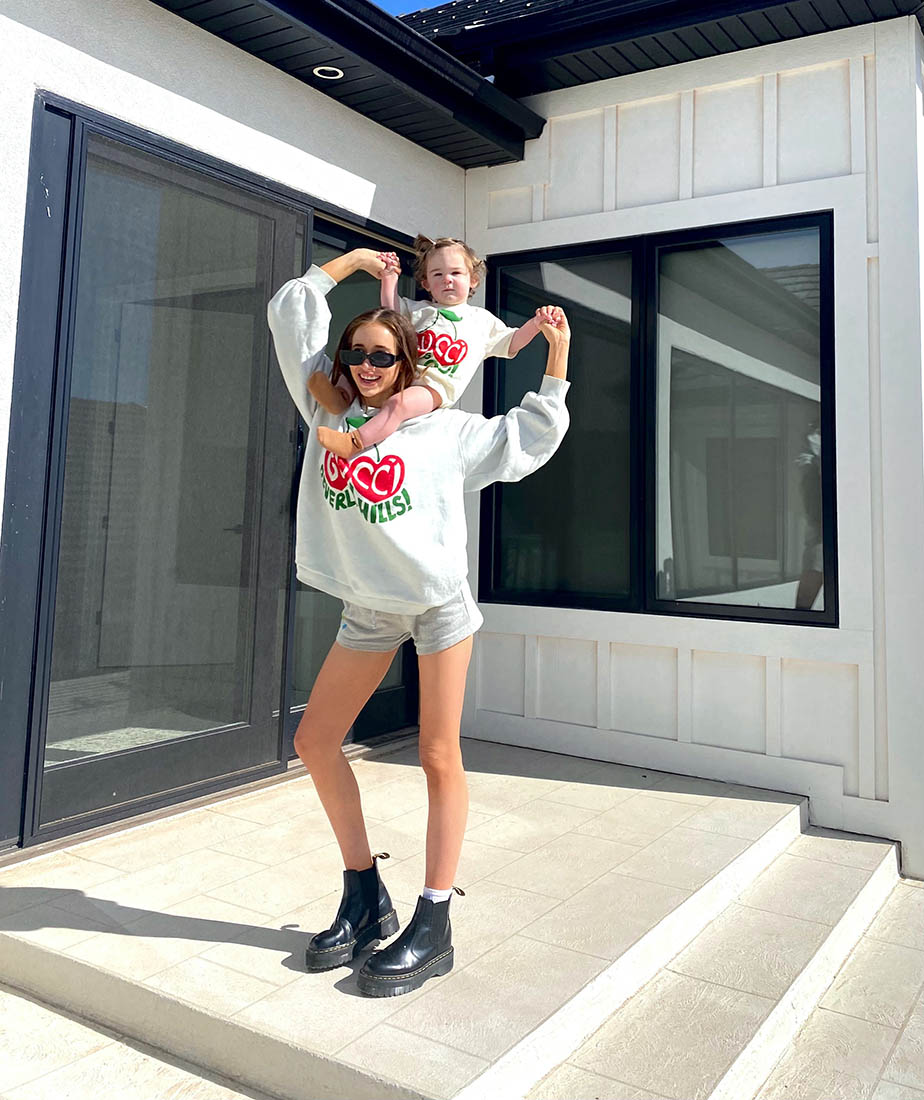 The economy around Instagram will soon begin to drastically change due to sponsored content and influencer culture. Can you please elaborate on that?

Influencer culture is rapidly evolving, and I’m curious to see where it goes. I saw a shift happening a few years ago, which is why I was adamant about building a brand that could stand independently from Instagram. I think we’ll see a huge increase in these creator-led brands in the upcoming years. Social media is overwhelmed with advertisements right now. Everything is a sponsored post. Everyone is trying to sell you. But the reason influencing worked so well in the beginning, was because it was all genuine. With my brand, our “influencers” are our followers. Our community. The people who actually wear our clothes. And it works really well for us. It’s authentic advertising. That’s how I viewed influencing in the early days, and I’m hopeful that we’re getting back to that. 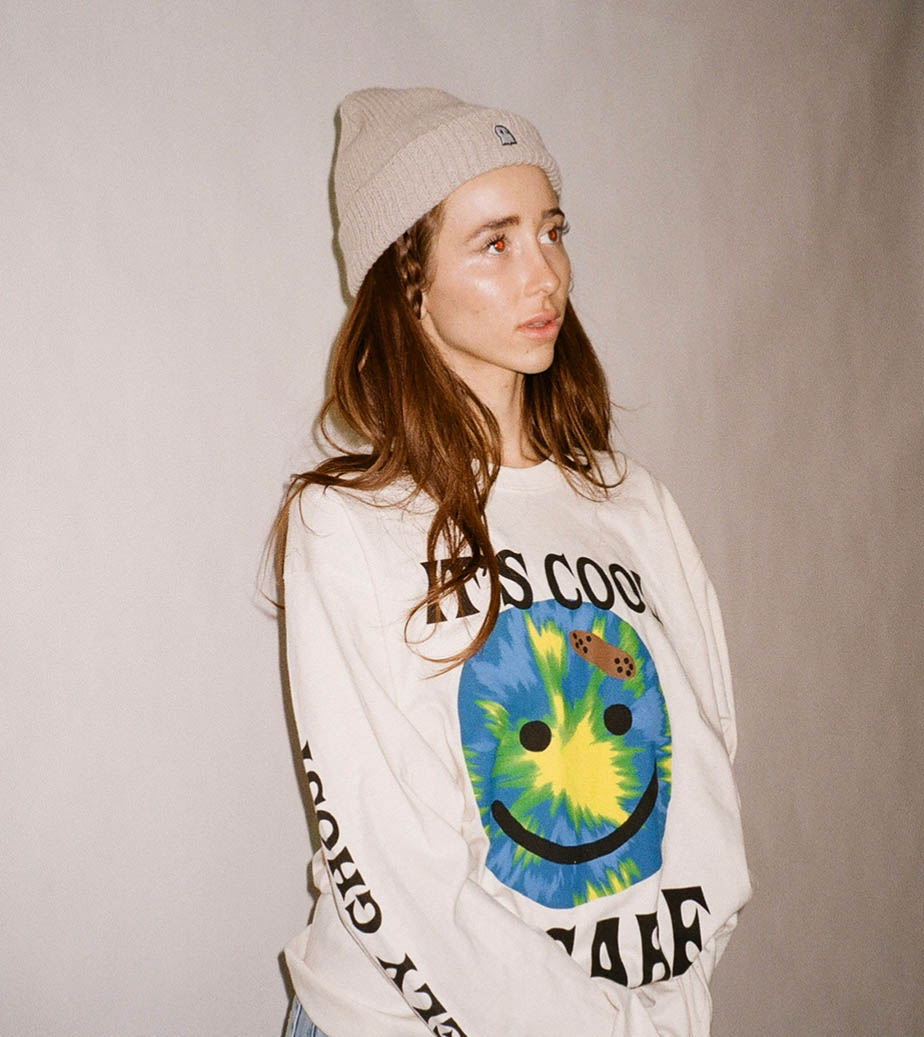 Where do you see yourself in 5 years?

I’m not good at long-term plans. I’m not good at plans in general. I know what I want, and then opportunities come my way. But I do know some of the opportunities and experiences I want to have in the next 5 years. They include writing a book, LG pop-ups all over the world, putting on events, music festivals, building a hotel (because why not?) a Netflix documentary, and….maybe throw the Met Gala in there. I’ll be at the Met Gala in 5 years. Promise. 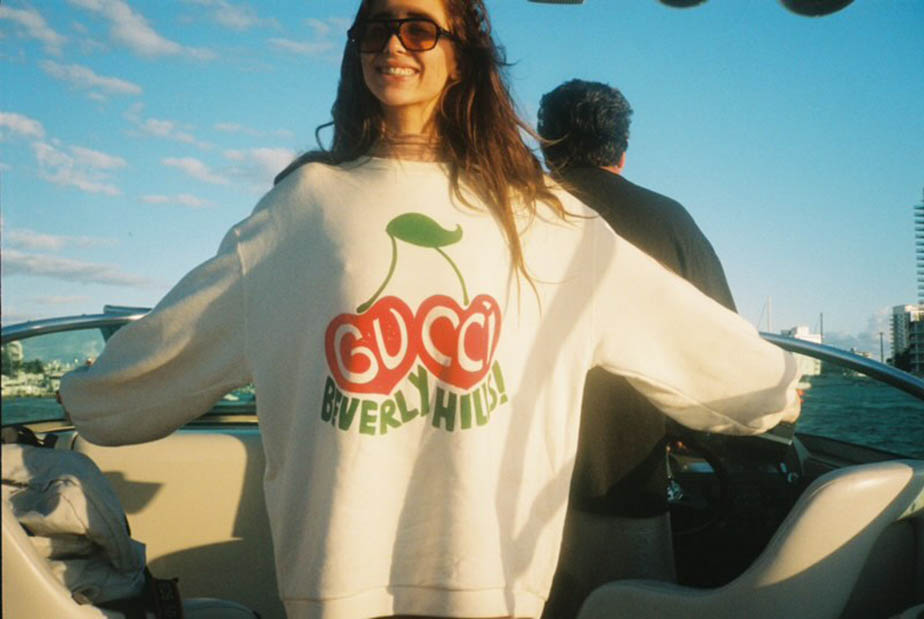