The Way Billionaire Richard Branson Defines Success Has Nothing To Do With Money (Yes, You Read Right) 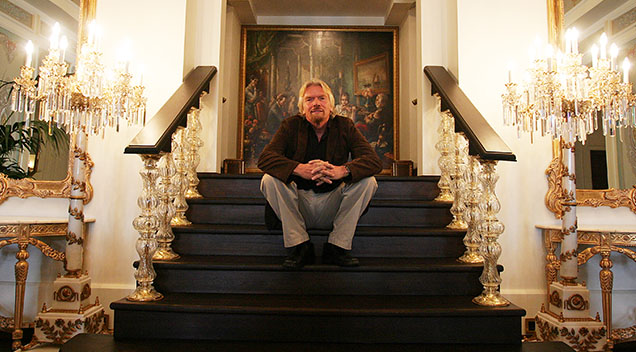 Richard Branson is currently worth an estimated $5.1 billion and he actually earned his first million at the age of 23. So we can pretty much conclude that he is an authority when it comes to preaching about success.

Now as a budding entrepreneur, you might think that you can measure success by how much money you make – well, Branson begs to differ though.

Branson wrote on LinkedIn “Too many people measure how successful they are by how much money they make or the people that they associate with… In my opinion, true success should be measured by how happy you are.”

“It’s a common misconception that money is every entrepreneur’s metric for success… It’s not, and nor should it be,” he added.

He further explained that happiness is the key towards leading a successful life. He said “happiness isn’t just a metric to measure his level of success – it’s also the key to it… Most people would assume my business success, and the wealth that comes with it, have brought me happiness. But I know I am successful, wealthy and connected because I am happy.”

Branson also revealed that he never starts a company with the principal objective of making a lot of money – he believes in making a difference in people’s lives instead. “I’ve never gone into business to make money. Every Virgin product and service has been made into a reality to make a positive difference in people’s lives. And by focusing on the happiness of our customers, we have been able to build a successful group of companies.”

Hats off to you sir Branson, you are an inspiration to us all.