The Cold Hard Truth: Are You A Real Fan Or Just An Online Troll?? 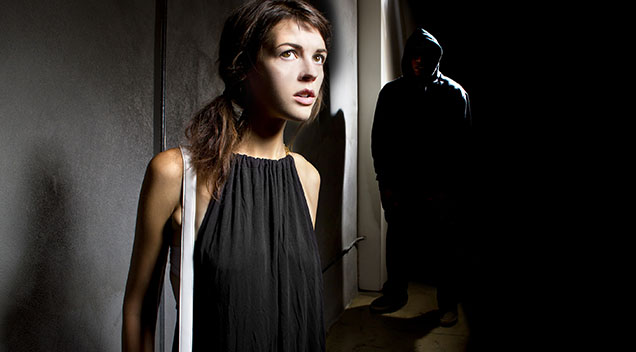 I admire loyalty and patriotism. But sometimes, blind nationalism can work against you. So yes. Diehard fans will no doubt start firing off and my inbox will once again be full of the usual hate mail and death threats.

With the fiasco during the Miss Universe competition in which the host Steve Harvey mistakenly called forth the wrong winner, it had firmly established the divide and rivalry between its two key markets: Latin America and Asia.

As the pageant heated up so did the trolls and keyboard warriors and sadly, us Filipinos are the biggest culprits.

I myself am a member of various pageant forums online and have witnessed this phenomena grow, shocked with the fact that my own countrymen are guilty of perpetrating, or rather, instigating this. If you are one and are reading this article, I beseech you to please read on and consider, and maybe…just maybe, you’ll be doing your country and your delegate a favour and not a disservice. That is, of course, you’re open minded enough to read through and recognize any troll like qualities you may be displaying.

The beauty of the Internet is that we are now much more accessible with a huge reach. We are interacting with people and communities we formerly had no access to and everything is now in real time. It has made the world a smaller place. The problem with the Internet is that the village idiot has now been given a global platform.

I myself have been guilty of the occasional trolling. Not even royalty is perfect after all. But one must recognize that one is a work in progress. As long as you are indeed progressing. Thankfully I have very close friends who pull me up on any missteps I make – the same beauty queens who themselves have been subjected to online bullying and trolls.

So as a new pageant season begins, how does one become an ideal pageant fan and not a rabid idiot from the global village?

• Keep it positive. You gain nothing by praising your girl and running the competition down. Be a good sport. I love how we Filipinos band together and support each other. But just because one person is being an idiot doesn’t mean you have to be one yourself.

• When online, keep all communications universal and in English. If you’re going to engage yourself in an online debate, fight fair and with facts. And a debate usually means allowing your opponent the right for rebuttal.

• No one likes a fake profile. Many find it easy to criticize and bully behind a fake alias. Of course it’s easy. That’s why cowards do it. If you’re going to say or do something, stand by it and put your name behind it.

• When attending a pageant, be understanding and respect authority, security and organisers. The girls are on a strict schedule and are not always available for autographs and interviews. If they are in a rush, do not get in the way. Remember that insiders are always watching and causing them to be late to an event can affect their chances. If a contestant can’t give you a moment for a selfie or a chat, it doesn’t necessarily make them a bitch.

• There is nothing more irritating than living in a fish bowl. Sometimes the public can access the girls during breakfast, especially if they are staying in the same hotel. If you are one of these people, respect the fact that your girl has to eat. Refrain from taking photographs of the ladies while they are eating. You’ll find that many will be gracious enough to allow time for photos. Don’t be greedy.

• Avoid speaking to the ladies about online reviews. The last thing these ladies need is distraction, positive or negative. Trust me, they do their own investigations and they speak amongst themselves. Stick to messages of support. Leave advice giving to their handlers and directors.

• Get to know the directors. If anyone wants to know how their girl is going or if you want to know insider goss, be friendly with the directors and handlers. But keep information confidential. Respect what you are given and never abuse it.

• Remember that beauty comes in all forms and the judges have the final say. No one likes a bad sport. Celebrate all victories even if it does not go your way. Remember that all other contestants have worked as hard, sometimes harder than your own candidate. Praise in public, and if you must criticize, do it in private.

Generally, if you keep it classy, you’ll be fine. So keep it honorable – whatever you put out, you get back. The negativity you throw out says more about you than the subject you are criticizing and remember that there is a fine line between witty and tasteless. There’s merit in the saying
“if you can’t say anything nice, don’t say anything at all.”

We admire the loyalty and the passion but not at the expense of the competition. Just remember – stupid is what stupid does and as Pia Wurtzbach said during her final Q and A at the Bb Pilipinas contest, “think before you click”.