The Gender Wage Gap War: Is A Woman’s Work Considered Worth Less Than A Man’s?? 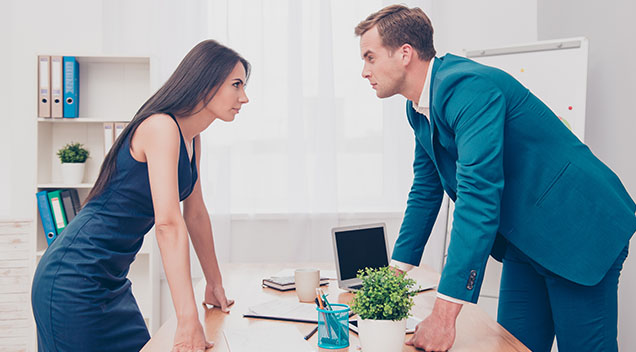 When Patricia Arquette won the Oscar for Best Supporting Actress last year, she used her time on stage to cast a glaring spotlight on the issue of the gender wage gap in Hollywood. Here’s an example: Robert Downey Jr was Hollywood’s highest-paid actor for 2015 when he earned $80 million. Jennifer Lawrence, the highest-paid actress, earned $52 million.

The truth is – Hollywood is not an exception. The gender wage gap is present throughout the entire workplace – from the top of the ladder to its lowest rungs. While the gap between what men and women earn has narrowed since President John F Kennedy signed the Equal Pay Act in 1963, it still exists. The gap has many causes and contributors including differences in education, experience, the type of job or industry, and family responsibilities. But according to research by Claudia Goldin – a labour economist at Harvard University – the gap persists even after controlling for hours, education, race and age. “Female doctors and surgeons, for example, earn 71 percent of what their male colleagues make, while female financial specialists are paid just 66 percent as much as comparable men,” says Goldin.

On average, in the US, women are paid 79 cents for every dollar paid to men (2014 Bureau of Labour Statistics). Today, women account for 47% of the labour force, up from 29% in 1948. Increasingly, reliance on a woman’s income, either as the primary or co-breadwinner, is becoming more and more common. It’s clear then that achieving equal pay in the workplace is now not only a women’s issue but a family issue as well.

While this article has been, so far, focused on the US, the reality of the gender wage gap is worldwide. A report by the OECD or the Organisation for Economic Cooperation and Development (made up of 34 member countries, it was established in 1961 to promote policies that will improve the economic and social well-being of people around the world) showed that the pay gap in the US is currently larger than the OECD average. New Zealand has by far the smallest wage gap – 13 percentage points lower than the US, followed closely by Belgium, Norway and Denmark. Australia’s wage gap is about 1-2 percentage points higher than that of the US. But while the gap in the US has plateaued since 2000, other nations have been working hard to close it during that same time. Japan is still the country with the largest wage gap (9 percentage points higher than the OECD average) but it has actually reduced that gap by one-third in the last 15 years. In early 2015, Britain introduced a plan requiring companies with 250 employees or more to publicly report their own pay gap. The move was echoed in a few other countries including Austria and Belgium. The disclosures “…will cast sunlight on the discrepancies and create the pressure we need for change, driving women’s wages up,” said Britain’s Prime Minister, David Cameron.

And it seems to be making an effect already. When international consulting firm, PricewaterhouseCoopers ran an internal analysis and voluntarily released its gender pay gap in Britain (joining other companies including accountancy firm, Deloitte and multinational pharmaceutical juggernaut, AstraZeneca), there were several results that surprised the upper echelon and prompted decisive action. For example, the percentage of women that have been promoted to partner has doubled since the findings’ revealed that a big part of the pay disparity was the lack of women in senior positions.

The actions of PricewaterhouseCoopers is evidence that simply by making the wage gap more transparent can hugely contribute to making the pay checks of men and women more equal. But are there other facets to the gender wage gap? When Jennifer Lawrence spoke out about male-female pay discrimination in Hollywood (she published an open letter in Lena Dunham’s ‘Lenny’ newsletter), she later added that the matter raised as many questions about her own assertiveness as it did about the bias in the film industry. The 25-year old admitted that she was less aggressive when negotiating movie deals for she feared being labelled a “spoiled brat.” Indeed, she was vindicated as one headline called her letter a “bratty display” to which Lawrence said: “Thank you for completely making my point…I just don’t see a man being called a brat.”

Lawrence’s fear of being demanding is actually echoed in the real-world workplace. Linda Babcock, an economist at Carnegie Mellon and co-author of the book “Women Don’t Ask” has found “…that men are four times more likely to ask for a raise than women are, and that when women do ask, we ask for 30% less…”

Though we’ve been concentrating on the monetary side of the gender wage gap, I think what should not be forgotten is that, that pay check goes hand-in-hand with the woman’s perceived value to the company. Is her work, skills and effort considered worth less than the men’s? Is that the message being given to women? It is therefore extremely beneficial for companies to establish a reputation of paying fair value to attract and retain the strongest talent, regardless of their gender. It will not only make for a productive and satisfying workplace, but enhance the company’s bottom line.