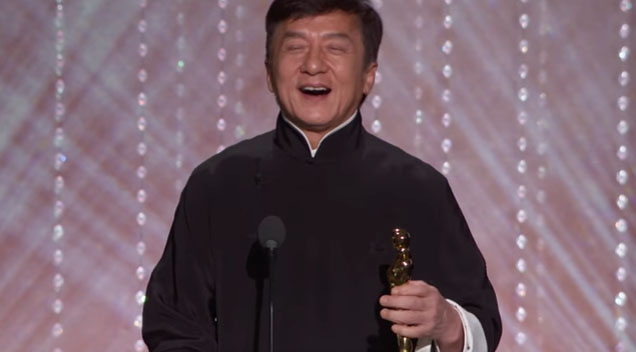 It has finally happened – and it may have taken 200 movies and 5 decades to get there but at least Jackie has been recognised for his work in Hollywood.

Jackie Chan recently received an Honorary Award at the 2016 Governors Awards held at the Ray Dolby Ballroom at Hollywood & Highland Centre last Saturday, November 12. This man has paid his dues and it’s time that he finally got credited for his work.

Check out his acceptance speech below (credit: Oscars):