Meet SketchShe: A Talented Trio Of Gorgeous Comediennes Who Are Taking The Internet By Storm! 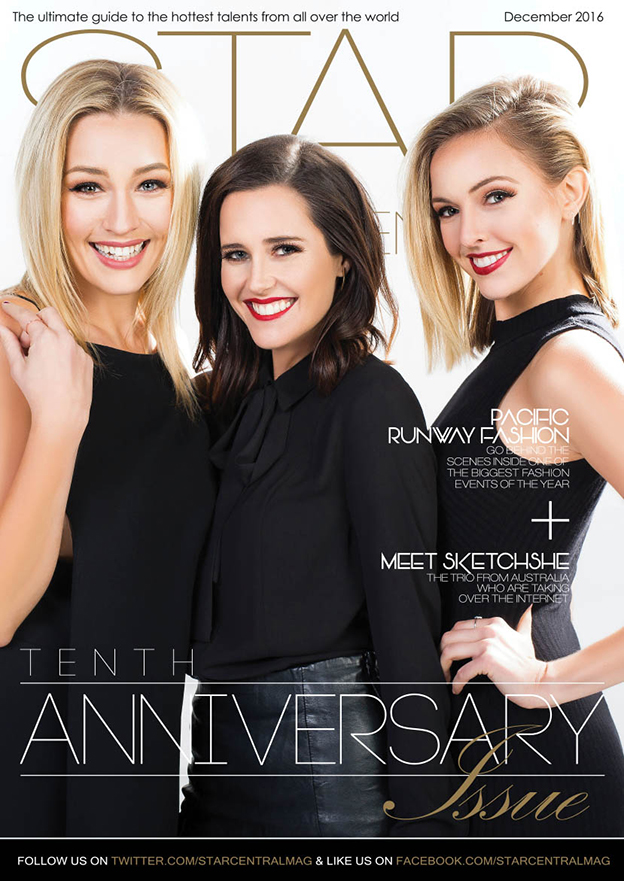 Talk about smashing stereotypes! A talented trio of beautiful comediennes are breaking with convention and the whole world is loving them for it. Shae-Lee Shackleford, Lana Kington and Madison Lloyd could be forgiven for capitalizing on their stunning looks and make their careers in the modeling industry. Instead, they’ve chosen to use their beauty in a much more creative and enjoyable way. 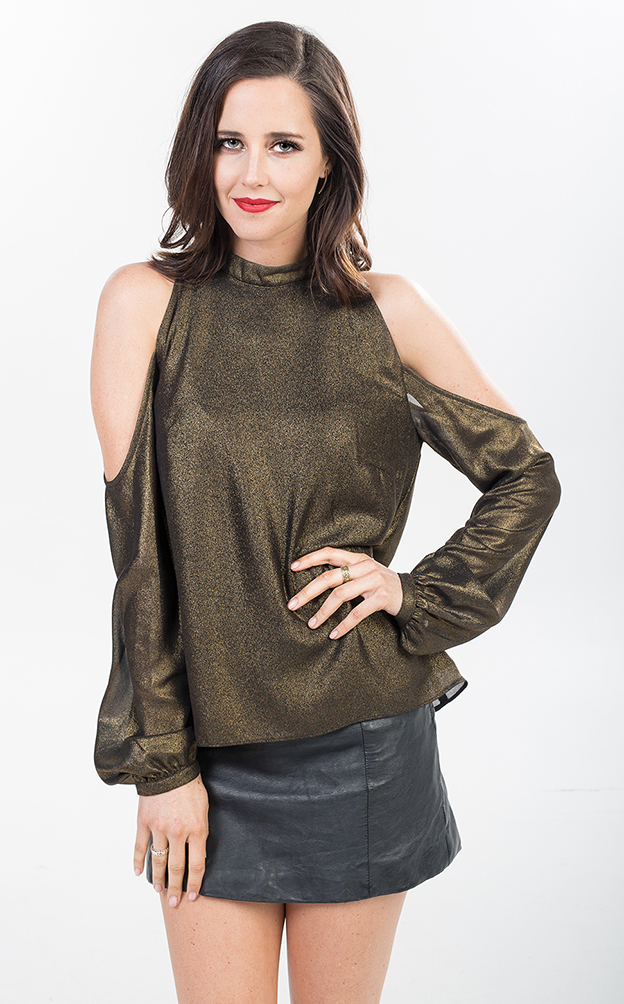 Let me introduce you to SketchShe. Shae-Lee, Lana and Madison have actually already tried their hand in the modeling and entertainment industries and all have had fantastic success in them. But all three knew that they could do more. Now I actually didn’t realise that I was already a fan of SketchShe when I was asked to write this article. Browsing through Facebook one day, I came upon a video called ‘#InstaFaker vs InstaReality’. In it, a trio of women were taking selfies in various social situations commonly seen on Instagram. But in a cheeky twist, they showed that what you see isn’t always the whole story. One of the girls used a total stranger’s dog to take her selfie with, another took a shot of her feet encased in a sexy pair of stilettos along with a glass of wine with the hashtag ‘party with the girls’ only for the camera to pull away to reveal her in sweatpants lounging on her couch! And another showed her dousing herself with water to simulate sweat before taking her selfie, and many more. 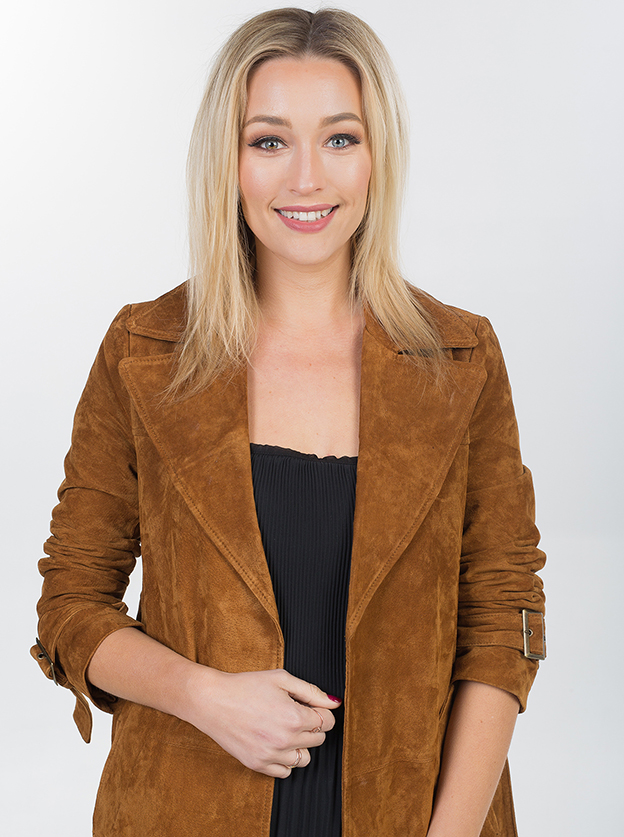 After laughing uproariously, I wondered at the identity of the trio of ladies featured in the video. I loved that they were unafraid of being foolish, and that they actually used that foolishness to comment on the truth behind the selfies. I also wondered at how many who watched the video may have cringed in shame because they were guilty of doing the same thing. Cue more laughter from me!

So, I was surprised and delighted to discover that the subject of my next article was none other than that audacious trio that I admired. I was even more delighted to discover that they had become an international sensation and that their success has taken them to guest spots on Ellen and Good Morning America earlier this year. But who, and what exactly is SketchShe?

SketchShe is comprised of three accomplished Australian women who are no strangers to the entertainment industry. Shae-Lee Shackleford is an actress, writer, director and producer; Lana Kington is an up-and-coming actress and talented television presenter while Madison is a professional model with a Bachelor’s Degree in Media and Communications/Journalism. “Shae-Lee and Lana got together initially to brainstorm sketch ideas and shoot on weekends, then after Madison joined the gang, ‘SketchShe’ was born! For the next six months the three of us continued to create content and turned to YouTube to help boost our viewership (which at the time, wasn’t very high!)…” It was the video, ‘Bohemian Carsody’ in which the girls rocked out in their car to the iconic Queen hit, ‘Bohemian Rhapsody’ that shot SketchShe into viral video stardom. The legendary band’s guitarist, Brian May, even contacted the girls to let them know that he was a fan! Billboard Magazine even credited SketchShe for the 261% surge in streaming of the original track. 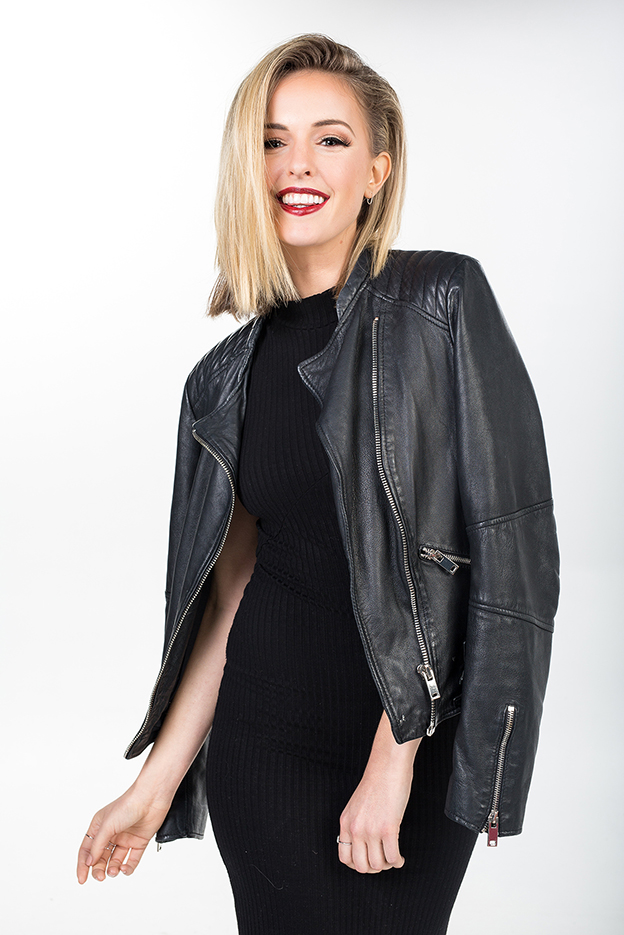 Their next video, ‘Mime Through Time’ went even bigger. The video showed the girls lip sync (complete with costumes!) to some of music’s biggest hits which ranged from Elvis’ ‘Hound Dog’ to Britney Spears’ ‘Baby One More Time’, Eminem’s ‘Slim Shady’ to Michael Jackson’s ‘Beat It’ and from Whitney Houston’s ‘I Wanna Dance With Somebody’ to Miley Cyrus’ ‘Wreaking Ball’. The success of these two videos caught the attention of infamous talk show host, Ellen Degeneres and soon, the women found themselves on her show! That amazing experience was quickly followed by another – that of appearing on the hugely popular US TV show, ‘Good Morning America’. Their time on the show saw part of New York City’s Times Square shut down so that SketchShe can film their segment!

Millions of views and international recognition aside, for the ladies of SketchShe what they enjoy most about their career is that they say they are “able to bring happiness into people’s lives, and YouTube allows us to do that regardless of geographical location! The fact that you can connect to anyone, anywhere in the world is an incredible feeling.” They have also enjoyed being able to meet, they reveal, “some other incredibly talented and equally crazy YouTubers! One of our favourite channels is a brother duo from Adelaide called the Racka Racka – they are definitely in your face! They perform crazy stunts and high budget action videos, check them out!” Another sign of their overseas success is their most recent collaboration, a video featuring Shae-Lee and US viral sensation, Logan Paul whose ‘dabbing’ through the Rio Olympics was followed by his millions of fans. Shae-Lee’s video with Paul, called “Best Duets of All Time”, shows the duo lip sync to instantly recognizable duets like Grease’s ‘You’re The One That I Want’, don face paint for the Lion King’s ‘Hakuna Matata’, recreate the lift for Dirty Dancing’s ‘I’ve Had The Time of My Life’ and gender-swap for Dolly Parton and Kenny Rogers’ classic ‘Islands In The Stream’! 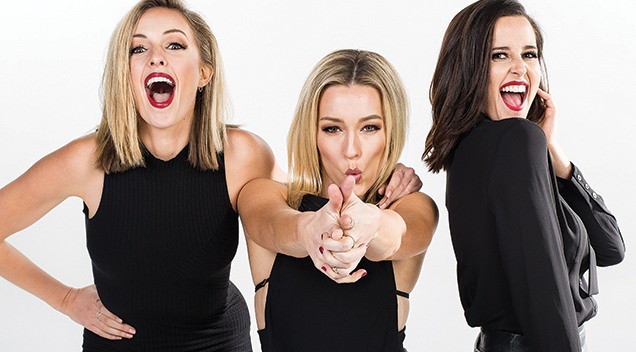 If it’s not obvious by now, SketchShe revels in being just a little naughty, being just a little edgy. They confess that “we have never really taken ourselves too seriously, it’s part of our brand! We have always believed in making content that we enjoy for people that are open to enjoying it…”The girls admit that they wanted to show that attractive women can also be crazy and funny. Their refreshing honesty (in full display in their videos) and candour is a fine example to other women of being comfortable in their own skin. SketchShe shows us that remaining steadfast to one’s identity, even it goes against convention is vitally important to one’s success – and that extends from one’s own career to one’s own happiness.