Samuel L. Jackson Decided To Act Out His Film Career With James Corden. The Result Was Hilarious! 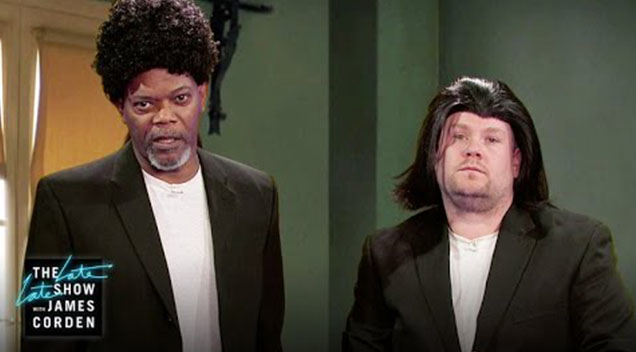 Samuel L. Jackson has been in a number of movies and this skit demonstrates that he’s been in a LOT.

Jackson and Corden decided to act out snippets from Jackson’s legendary film career, covering everything from “Pulp Fiction” to “Jurassic Park” and the result was pure gold.