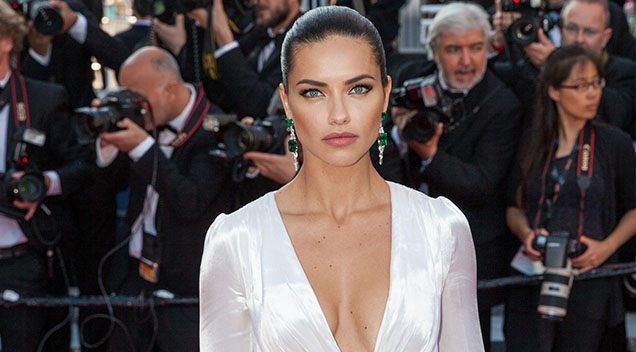 It becomes very obvious then that defining beauty is as subjective as one’s taste in music. The search for it has spanned centuries – a relief in the tomb of the Egyptian nobleman Ptahhotep (who lived around 2400 BC) shows him getting a pedicure. Cleopatra wore kohl, a precursor to the modern eyeliner. Incarnations of what is considered ‘beautiful’ has ranged from breath-stealing corsets in the 19th century to achieve a tiny waist to our modern day gravity-defying, ankle-threatening stilettos.

And that search is an expensive one! According to the National Geographic, in the US in 2015, $6 billion was spent on makeup, $8 billion each on hair and skin care. $20 billion was spent on diet products and services, and billions more on health club memberships and plastic surgery.

But what for? Experts from all different fields have weighed in to define beauty and why we search for it. Studies by anthropologist Don Symons at the University of California at Santa Barbara, and psychologist, David Perrett at St Andrews University in Scotland, all show that men consistently showed a preference for women with smooth skin, larger eyes, fuller lips and a smaller nose and chin because “…all these traits are reliable cues to youth, good health and fertility…” Essential characteristics we instinctively know (honed over millennia) are vital for continuing the human race. However, that hard-wiring in our brain circuitry can be altered, especially by culture, according to Douglas Yu, a biologist from Great Britain whose studies for example, found that indigenous tribes in Southeast Peru preferred body shapes regarded as overweight in western culture. “A fuller, evolutionary theory of human beauty must embrace variation,” says Yu.

So, who’s been shaping the modern definition of beauty? That modern definition that has us worshipping Victoria’s Secret models, A-list stars and beauty queens, and has us comparing our bodies to theirs? That has us modifying our eating habits that in an ever-growing number around the world, has resulted in eating disorders? That has us losing our sense of self-worth and self-esteem? It’s so easy to blame the media – magazines, TV, movies – as the culprit. But who buys those magazines, watches those TV shows, goes to the movies?

In a twisted sort of way, we ourselves have been responsible. What we watch, what we buy has inadvertently shaped what modern society now considers beautiful. So, in recognizing that, can we then be the instruments of change?

I am an aunt to three beautiful little girls and I find myself sometimes terrified when I think of the challenges that face them when they grow up. I was fortunate enough to have grown up surrounded by strong, confident women and in that most essential stage – the teenage years, the high school years – when your perception of yourself in relation to others is shaped, I was blessed to have had a group of friends who couldn’t care less what anybody else thought of them. They were proud in who they were and in the dreams and ambitions they had for themselves. After high school, I again found myself, in the form of my two best friends and the women in my Christian youth group, with kindred spirits whose values and integrity meant more to them than superficial cares. I look back at those women, grateful that I knew them, and praying that my nieces will have women like them who will stand steadfast against today’s shallow perception of beauty.

When I was researching this article, I decided to have a look at the dictionary’s definition of beauty. According to Merriam Webster, beauty is:

– The quality of being physically attractive
– The qualities in a person or a thing that give pleasure to the senses or the mind.

Now that second part got me thinking… “qualities that give pleasure…” Isn’t that a healthier way of thinking about beauty? I mean, something can be physically attractive or ‘beautiful’ but deadly like a poisonous plant, and in that same vein, someone can be stunningly gorgeous but be a horrible person inside. So, I think instead of aiming to be beautiful, we should aim to be attractive. I mean, let’s face it! There is no way you can look like those models in the magazines! You know why? You don’t have the same genes they do! It’s as simple as that!

So, what do I mean about aiming to be attractive? Being attractive means that you’re the sort of person people are drawn to – like two magnets being pulled towards each other. Not drawn to you because of how gorgeous you look, but because they actually want to spend time with you. They are drawn to you because you are a person with a good heart, whose confidence and positive nature is just as irresistible as honey is to a bee. It’s a challenge, yes. And much more difficult for some to achieve than others but that’s what my circle of strong, confident women taught me – that my heart is more important than my face. Because ultimately, when I’m at my most unguarded, when the only critic I face is me and I ask: “Do I love me?” and when I can say: “Yes”….that’s when I feel beautiful.