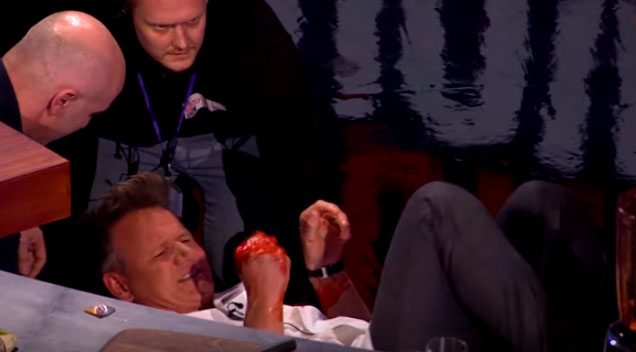 Gordon Ramsay just recently pretended to chop his finger off while cooking and the audience were shocked to their bones.

After the peeling a banana he tried to crush it in a blender but the blender wouldn’t switch on. He went backstage straight away and when he returned, the blender still wasn’t working so he stuck his hand in and that’s when things went horribly wrong.

Check out the video below courtesy of The Nightly Show: