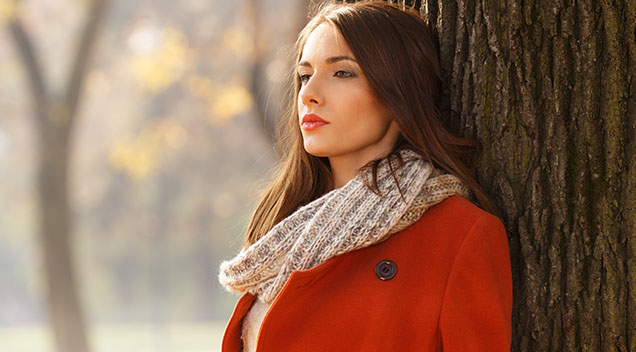 I am constantly amazed at a human being’s capacity for self- delusion. If you don’t know what I mean, watch just one audition episode of reality TV shows like Australian Idol and So You Think You Can Dance. The number of people who think that they are God’s gift to the art form but in reality live on another planet, is amazing! What is even more amazing is that they will vehemently defend their talent and tell the judges that they are the ones who can’t recognise the real thing when they see it!!

I would be sitting there, laughing, shaking my head and thinking: “Wow. Lucky I’m not deluded like them!”

How wrong I was.

Now I don’t mean that I went to those shows and auditioned and tried to convince the judges that I knew what I was doing! I can carry a tune – just – and the extent of my dancing ability…well…let’s just say I try very hard. But that doesn’t mean I escaped my own self-delusion.

I have been sharing with you all about my emotional roller coaster of the last 2 years. How my world had turned inside out and all that I had held true had been revealed as lies. I had shared my hard road in becoming healthy again and discovering new truths about myself and my world and my faith. And I had told you all that I was doing fine and that I had finally put my world back together.

Of course, I didn’t realise I was lying when I wrote about it. Hence, the self-delusion. “…When they measure themselves by themselves and compare themselves with themselves, they are not wise…” – 2Corinthians 10: 12. You see, I really did believe that I was doing fine! I looked at myself and my life and said: “Yup! I’m okay now!” but I was looking with my eyes and not God’s. That’s why we also ask for the opinion of someone else about our clothes, our cars, our art, etc to get the objective opinion! Everything we do will look good to us! But another set of eyes will tell the truth. Anyway, it was God who finally pulled my head out of the sand.

I had gone to an SFC Oceania Leaders Conference recently and one of my favourite things about conferences like that are the worships. They are usually done with a full band with 5-6 singers and an audience that well, loves God as much as you do. But that first night, I found that I couldn’t bring myself to join in. I moved to the back of the room and stood there, mute. I couldn’t sing (when I tried to, it felt fake), raise my hands or even sway to the music. It was then that I knew I had been lying to myself all along. I wasn’t ok because my relationship with my God wasn’t ok. I had actually let my bitterness and anger form a wall between God and me. And as the weekend wore on, I knew that for my life to begin again, this had to be fixed.

But my God is an awesome God. If you really just let go and let Him work, He will amaze you. Suffice to say that that weekend changed everything. I can feel that same fire I had when I first discovered God. I wanted to be around people with that fire and how appropriate that it was World Youth Day. My camera got a workout I can tell you! There was one day I just wandered around the pilgrims for 3 hours taking photos and having the time of my life! I was back with my God again.

My life is beginning and I’m finally okay now. And I’m not lying this time. Really.