How To Pick The Perfect Pageant For You: The Big Reason Why Not Every Miss University Can Be A Miss Universe 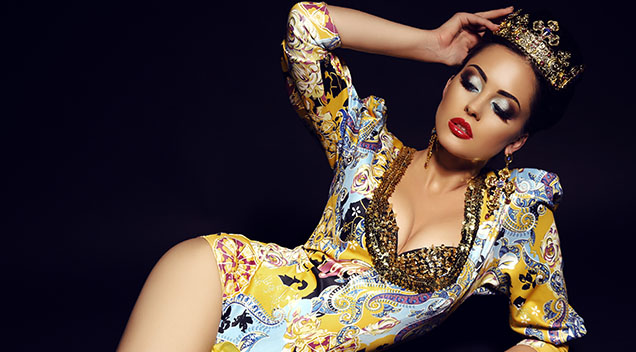 We all have our reasons for joining pageants. Some do it to make friends, others to network, some to gain more confidence and others a motivation to get fit and look the best they can possibly be. But deep inside every girl who has entertained the idea of competing lies that dream that they would one day be “the next Jennifer Hawkins”.

As much as we have a new pageant popping up every week, promoted by every man and his dog on social media, many believe that all are carbon copies of Miss Universe and how it’s run.

Nothing can be further from the truth.

Those who have followed pageants for years know that no two pageants are the same. There are similar formats but each pageant has a strict tradition (especially the older ones) that follow not only a rule, but a formula, and if you don’t fit that mould now, you never will.

But just because you’re not right for one particular pageant doesn’t necessarily mean you’re not perfect for another.

Where pageants such as Miss Universe, Miss Grand, Miss Supranational and Miss Earth are primarily aesthetic based, others like Miss Humanity and other charity run pageants are merit based in which one is selected based on how they meet the fundraising and awareness goals set by the organisers.

Others like Miss World, Miss Globe and Miss Grand toe the line, and then you have glitz pageants like Miss Galaxy where movement, choreography and styling is so précise that you are judged on the way you turn, the way you hold your head and how your feet are even placed while walking or posing. Held by many to be the purest form of pageantry, it has since developed quite a stigma thanks to the bad PR received by Toddlers and Tiaras. Glitz is all about glamour and excess.

On the other side of the spectrum are the ‘natural’ pageants, where contestants are encouraged to wear as little make up as possible with simplified styling for hair, while in the case of cultural pageants, it is not the outside beauty of a contestant that is judged, rather, her ability to promote her culture to an international audience.

Aesthetic based pageants often have unwritten and unspoken rules. While publicly we encourage diversity and inclusiveness, the reality is, if you fall short of 5’7 and don’t have the body of a Victoria’s Secret model, then you have just about as much chance of winning Miss Universe as I have of marrying George Clooney.

Sure there are the exceptions. Shorties like Olivia Culpo, Ximena Navarette and Australia’s Courtney Thorpe have won their competitions but another thing they have in common other than being short is their perfect facial beauty. You cannot take your eyes off them. Generally, I tell young women who want to compete for Miss Universe is “if you are short, then you have to be perfect – your height already works against you, don’t give them any other reason to not pick you.”

You also need to know and be realistic about what you are getting yourself in to. Look at last year’s winner and ask yourself “if I was competing against her, would I win?”

If your answer is no, then you’re probably right.

Friends and family members who encourage young women to compete when in their hearts they know the person they are encouraging to be a contestant has zero chance in winning is doing their family member or friend a great disservice. In fact, it can even be classified as cruel. Im sure the intentions are from a good place, but as they say, the road to hell is paved with good intentions.

The greatest gift you can give another is the gift of reality.

But just because you don’t fit a certain mould doesn’t mean you are not beautiful. One should never seek self validation from others. Do your research. Find a pageant that best serves your purpose and fits your kind of beautiful. By doing so, it makes the experience so much more memorable and positive and it could open doors that can lead you down career paths you never would have expected.