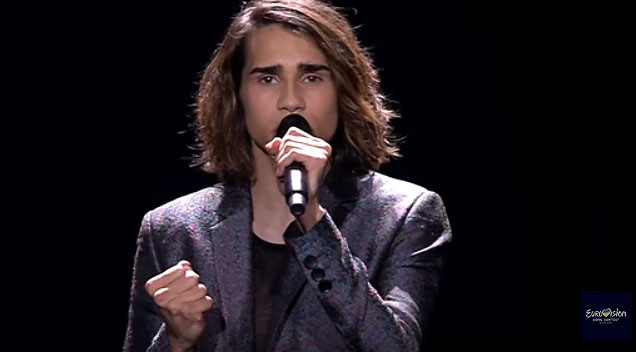 Isaiah Firebrace has managed to survive a vocal fail during his powerful performance of “Don’t Come Easy” in the first Eurovision Song Contest semi-final.

Firebrace’s performance was going really strong until he failed to reach a high note midway through the song (around the 2:18 mark) and unluckily for him, the cringeworthy moment was repeated again during the performance recaps.

He told news.com.au that he was pretty devastated by the vocal hiccup, but at the same time he was relieved to find out that he still made it through to the grand final. “There was just a high note that I went for. I didn’t place it correctly… Well, I walked offstage and thought ‘OK, whatever, that happened. It’s human. I am not this perfect singer who sings 100 per cent perfect and perfect this and perfect that,” he quipped.

“I got all the other notes right, I got the big note right. I can’t wait to smash it in the grand final,” he added.

The grand final screens this Sunday where Isaiah will go head to head against favourites Italy and Portugal. Scroll down to watch his performance below courtesy of Eurovision Song Contest: