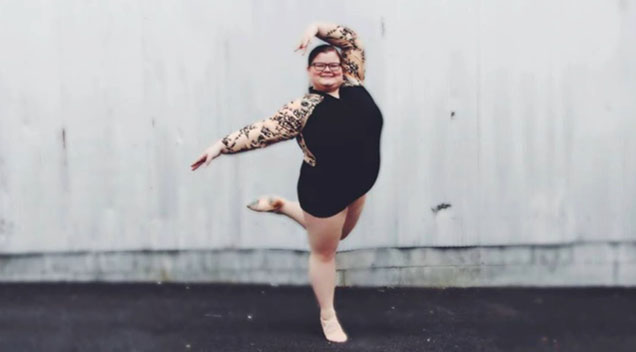 This talented plus-size ballerina is definitely smashing stereotypes and breaking down barriers in the modelling industry.

Lizzy Howell is a 16-year old ballerina who became an internet star after one of her Instagram videos became viral since the video itself resonated with a lot of people. She’s currently sitting at more than 100,000 followers on Instagram.

Her Instagram video somehow caught the eye of department store giant Target in the US, and she was eventually invited to be a model for their Activewear line. Lizzy was so grateful for the opportunity that she just recent posted a clip on her Instagram account for scoring the major ad campaign.

The ad Lizzie starred in was called “C9 Champion: We Are a New Kind of Strong” and it featured Target’s C9 Champion line of Activewear which appears to promote bodies that are not stereotypically athletic.

Check out the ground-breaking campaign below: