It’s Official: Deep-Fried Oreo Covered In Nutella Is About To Hit Sydney! 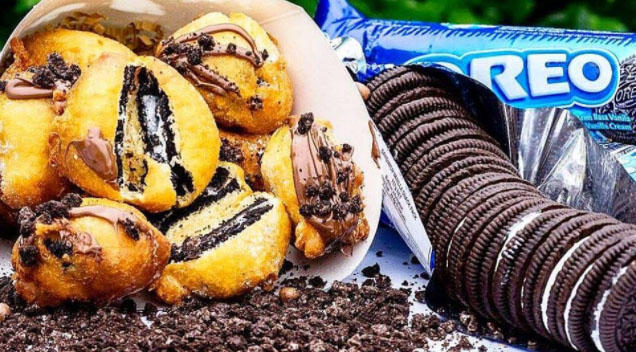 Image via Milk N’ Sugar Facebook
Can this year’s VIVID Festival get any better??
The organisers have just confirmed that there’s going to be a late night dessert place called the “Milk n Sugar Festival” that is due to commence starting Friday, May 26 and it will be running for three nights from 6pm to 11pm.
According to The Urban List, there’s going to be “deep-fried Oreos topped with Nutella from Kayter Co, gluten-free doughnuts from Nutie Donuts and cinnamon scrolls courtesy of Brookly Boy Bagels.”
Are you drooling yet??
The combination of deep-friend Oreos topped with Nutella is definitely something want to get our teeth’s into. 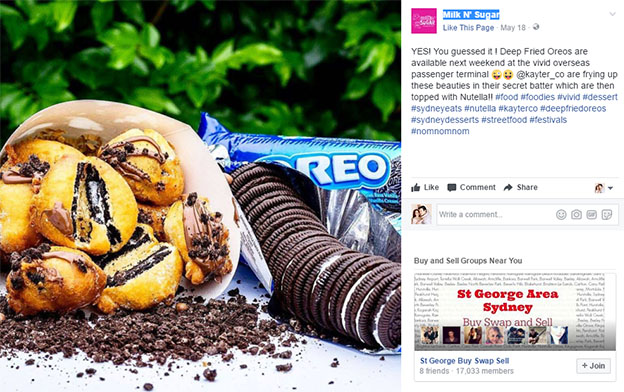