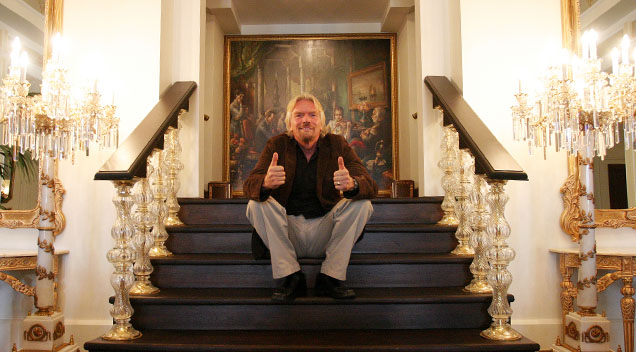 Perhaps you have come to a point in your life wherein you’re wondering why other people have gone ridiculously successfully why some remained otherwise. With all the things that constitutes a person such as financial means, education, childhood, talent, as well as skill – it seems that most of us are anything but equal.

So what makes others successful? Could it be the people that they know? Their high profile connections? While this can be true, it actually boils down to the fact that successful people do what an average person would not be willing to do. If you fail to get the gist of what I’m saying, then let me elaborate further.

Some of the most successful people and leaders regarded in our generation right now include Mark Zuckerberg, Brian Tracy, Anthony Robbins, and Zig Ziglar. We also have celebrity entrepreneurs in the likes of Sir Richard Branson as well as Oprah Winfrey. There are also countless nameless and faceless people in the society that we take for granted but are also very successful in their own rights. And the common denominator among all these people, regardless if they are famous or not, is the fact that they do the things that other people would never want to do. These are the same people who do the things that other people consider as time-consuming, unnecessary, too hard, or dull.

Do you also want to be successful? Here are some of the things that successful people do in order to maintain the level of success that they have but other people fail to do. You, too, can be successful just like them as long as you follow these steps.

People who are successful have a daily routine that they follow. Most of the time, they wake up on a specified time (usually earlier compared with others) and follow a “to do” list. Their routines are considered to be non-negotiable, thus, barely disrupted by any distractions. For most people, this is just a routine. But for them, it is a way of life.

This is often seen in most successful people. They all nurture their mindset with positivity all the time. They do not allow negative thinking to get the best of them. They make sure that they only nurture positive thoughts and do away with the negative ones. They do this not only by changing their mindset and perspective but through learning like reading books and listening to inspiring audio books.

Successful people have high standards and they follow it

As Anthony Robbins once said, “for one to be able to be successful, one must continuously raise the standards”. These people already have high standards but yet they even set the bar higher for themselves. While unproductive people are typically too scared to take a leap of faith, successful people on the other hand are willing to take calculated risks and reach higher into the stars.