Forbes Just Revealed The Highest Paid Celebrities Of 2017. The Result May Surprise You 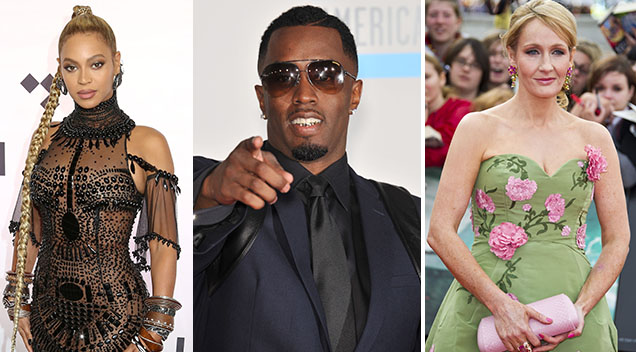 Forbes has once again released its annual list of the top 100 highest-paid celebrities and it looks like Sean “Diddy” Combs is at the top of the ladder.

Diddy has earned $130 million over 12 months and it’s all thanks to his recent US tour, various releases from his artists who are under Bad Boy Records, a deal with a vodka company and selling one third of his clothing line.

Beyoncé took the second spot after earning $105 million over the year thanks to her money-spinning ‘Formation’ tour and the release of the controversial Lemonade. JK Rowling took the third spot with an impressive $95 million after she released Harry Potter and the Cursed Child last year as well as the screenplay for Fantastic Beasts and Where to Find Them.

Drake came in fourth at $94 million thanks to his popular sold out tours and Real Madrid’s superstar Cristiano Ronaldo is sitting at a cool $93 million came in at number 5.

It’s also worth noting that Kylie Jenner is the youngest member of the list at the age of 19 coming in at number 59. Her paycheques come from her popular family’s reality TV show – Keeping Up with the Kardashians as well as her cosmetics company and clothing line, plus various endorsements.