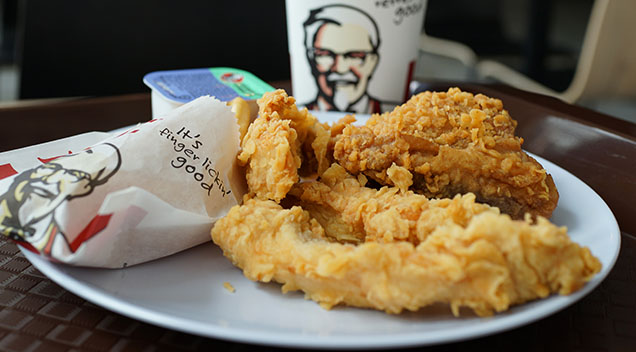 It looks like there’s really no need to get out of the house anymore because you can even get KFC right at the comforts of your own home.

According to SMH, eight stores are now trialling home delivery in their designated areas and that’s due to the fact that Red Rooster has already been offering home delivery for 2 and a half years.

KFC Australia’s managing director Nikki Lawson has officially confirmed that a home delivery trial would start out of eight of the KFC chain’s outlets and this trial will be rolling out in the next three weeks. Mrs Lawson said “We’ll be going fairly carefully… What you don’t want to do is have a fabulous delivery experience and end up with a really awful consumer experience for everyone else.”

She further said “It’s the next logical step on convenience…As soon as we see a viable business case we’ll roll it out a little more aggressively.”

At the moment there’s no indication as to which stores will be involved in the home delivery yet, but fingers crossed Sydney will be one of them.