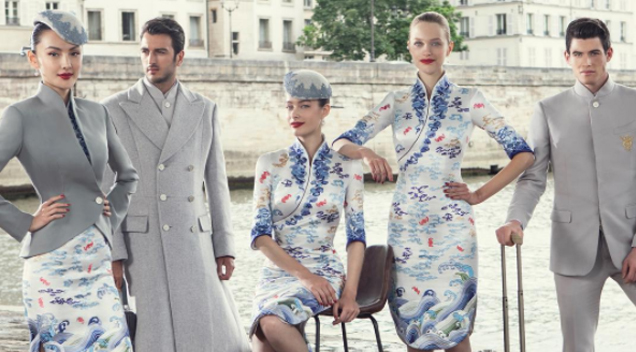 An airline in China has decided to step up their game when it comes to staff uniforms so they provided their crew members with amazingly stylish haute couture uniforms that will put to shame any other airline uniform.

Hainan Airlines decided to collaborate with designer Laurence Xu who has introduced the amazing new uniforms at the Paris Couture Week. The uniforms were inspired by the ‘Cheongsam’ which is a traditional Chinese dress and it includes elements such as cloud drawings, waves and even the Chinese mythical bird – the Roc which makes them even more exquisite.

Check out the photos below courtesy of Hainan Airlines Instagram: 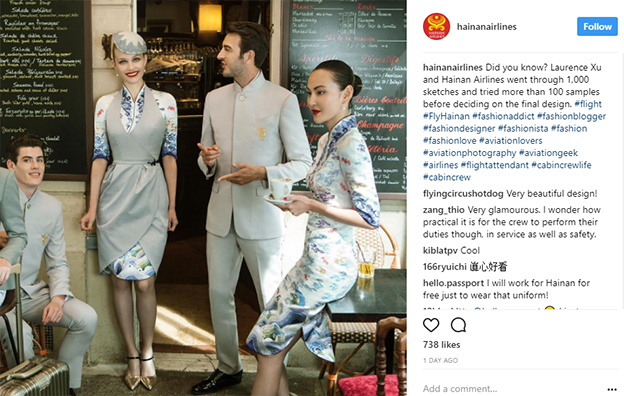 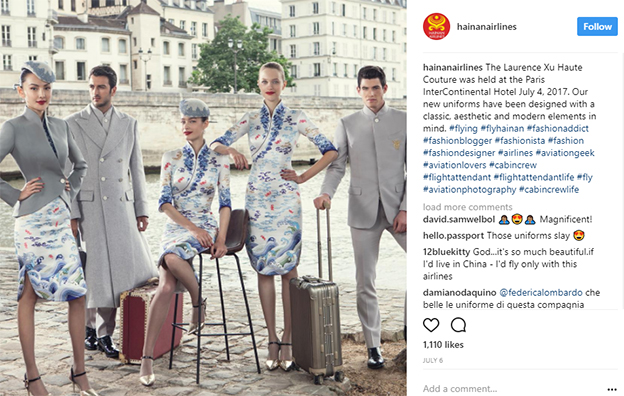