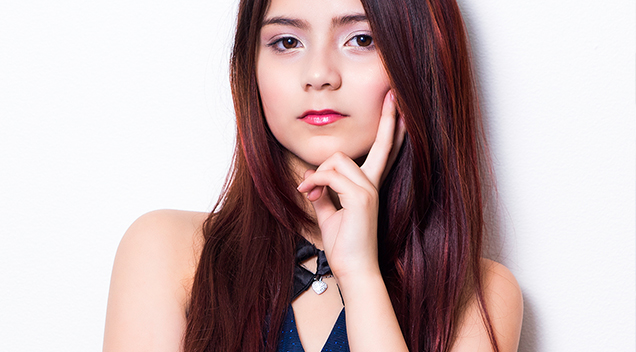 Yes, she’s just 12 years old and yes, she’s barely in her first year in high school. But young Jasmine Henry has not let that stop her from already making a name for herself in the Australian music industry. First taking to the stage at 7 years old, Jasmine has since then been a prolific performer, never failing to impress her audiences with her powerful and soulful voice.

Her time on stage fuels her love for performing. She enjoys it “when my audience connects with me and I can feel their presence when I am singing.” She’s shared the stage with some of the Philippines’ biggest artists such as Piolo Pascual and Martin Nievera, and earlier this year, she was one of the opening acts for YouTube megastar, Gabe Bondoc. In February last year, Jasmine wowed a crowd of 5,000 when she sang the Australian national anthem at a Sydney Kings home game at the QANTAS Credit Union Arena. Sydney Kings’ general manager, Rod Harys and administration manager, Lorraine Landon said: “We are happy to have Jasmine. What a great voice for someone so young!” But what she considers her most memorable performance so far is her birthday concert last year which was held at the Parramatta RSL where she performed Broadway theater star and The Voice Philippines judge, Lea Salonga’s iconic song: ‘On My Own’ from Les Misérables.

For someone so young, Jasmine possesses a mature, sensible and humble attitude with a strong belief in her faith. Strongly supported by her mother and her brother, she says “my mum inspires me to be a better person every day. She believes in my visions and dreams in life.”

There is absolutely no doubt that Jasmine’s music career is taking off. While she is currently working on her album (produced by TrueAmerican Music), Jasmine admits that there have been challenges – “finding the right materials is not easy for a young teen like me. They kept saying it has to be age appropriate.” She is also adding songwriting to her resumé and hopes to include at least one of her own compositions on the album. 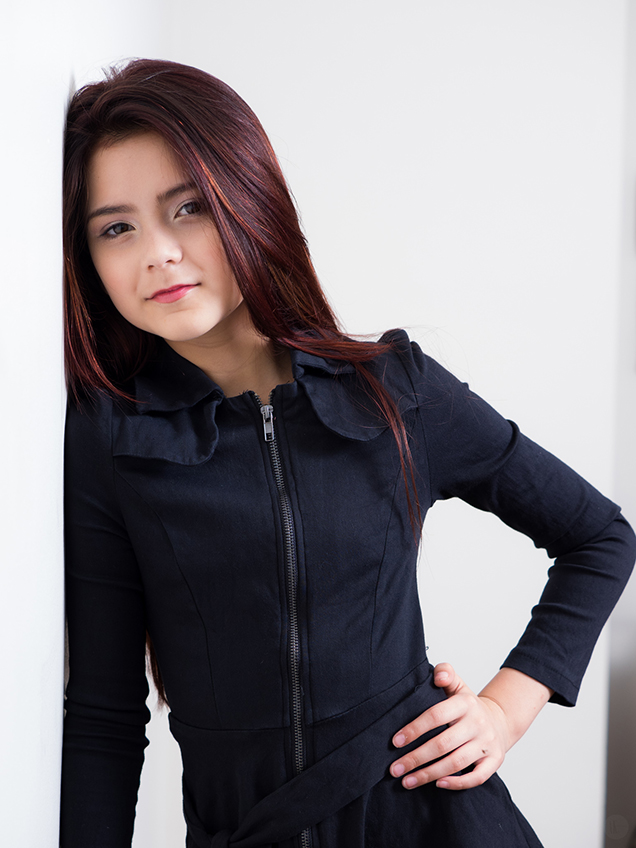 But while her time in the spotlight seems to be ramping up (she has a massive following on both Facebook and Instagram), Jasmine admits that “my studies come first. I have few amazing offers from here and abroad but then my mum keeps saying take it slow and one day at a time.” Even at 11, the half Filipino/half Australian songbird already knows about the darker side of the music industry. She knows “that haters will hate hate hate” and that she has to remember “that I am beautiful inside out…I have to stay loyal to people who were there from the beginning and never to forget where I came from…I consider beautiful when the person is honest and loyal. Because you know they won’t hurt you and will be with you no matter what. By then, I see Jesus in them.”

Multi-talented Jasmine Henry (who incidentally not only sings, but can make her own soaps, hair care products and lotions using natural ingredients) is a young girl with big dreams in and out of the music industry. She’s expressed that she wants “to be a politician one day so I can help our country especially those who suffer in different forms of abuse and help build a better future for the new generations to come,” and would like to “start my own brand of clothing for kids and teens because I love fashion.” Within music, her album’s release would be a dream come true as well as performing in the Philippines. Another dream is a chance to work with Justin Bieber – “he is a great artist and my ultimate crush, I dream one day to be on stage with him.”

It is distinctly clear that the sky is the limit for this extraordinary young lady. Jasmine Montemayor Henry is definitely one name to watch out for!